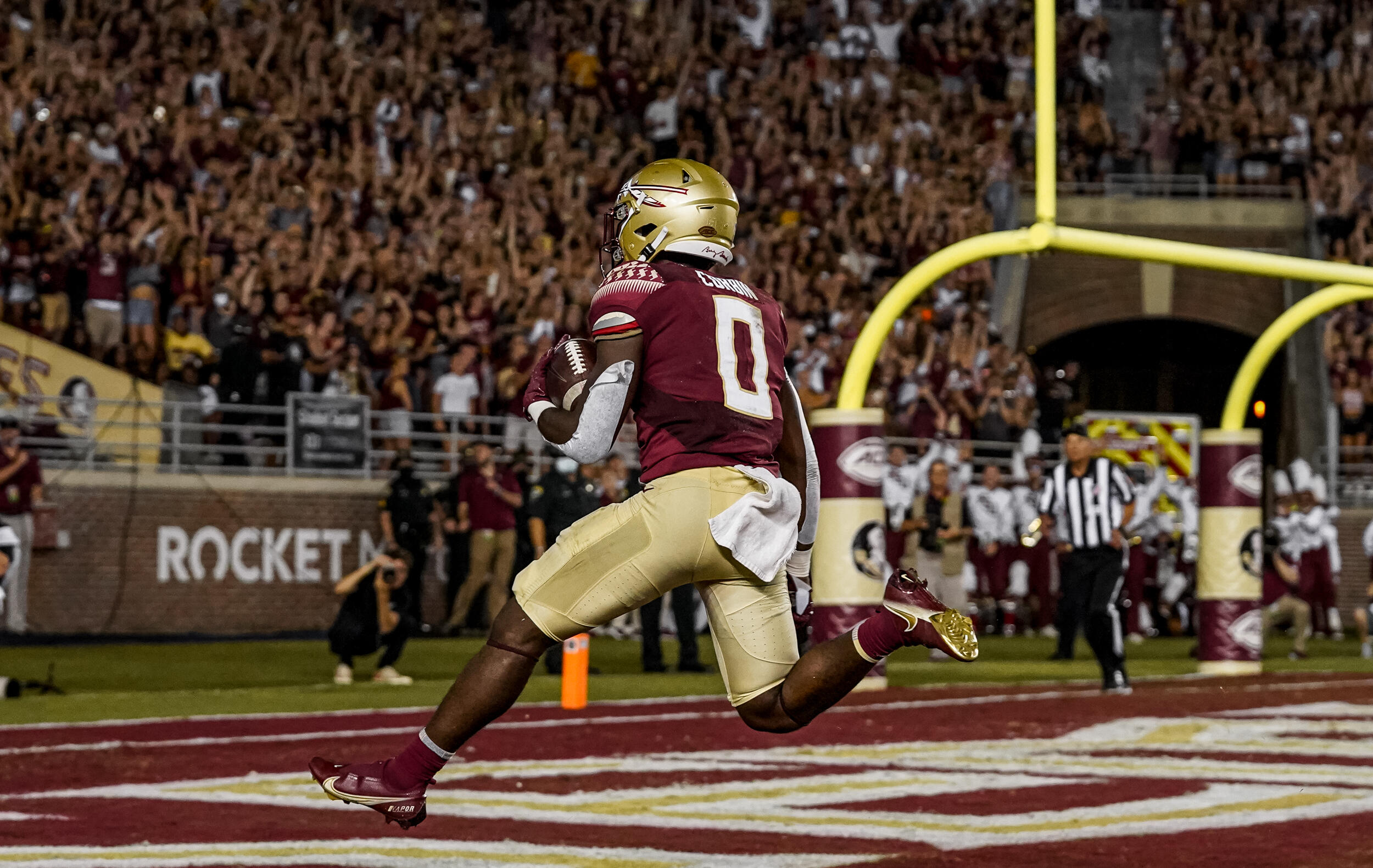 The team started hot in Week 1 but ultimately fell 41-38 to top-10 opponent Notre Dame in overtime. The Seminoles then caught themselves riding the high of competing with the Fighting Irish and fell to FCS opponent Jacksonville State 20-17 at home.

The program’s first defeat to an FCS opponent in history has brought the Seminoles to 0-2 on the season. This marks the second year straight that Florida State has started the season with back-to-back losses.

If something doesn’t change, the ‘Noles could very well be 0-3 for the first time since Bobby Bowden’s inaugural 1976 season after this weekend. FSU football is making the trip to Winston-Salem to face ACC opponent Wake Forest.

Florida State is 30-7-1 against the Demon Deacons all-time, but are underdogs in the upcoming matchup. Wake Forest snapped an eight-game losing streak to the ‘Noles in their last meeting by eking out a 22-20 victory at home.

At this point in the season, the Seminole offense has been up and down like a rollercoaster.

The ‘Noles have consistently shot themselves in the foot on offense. This is mostly due to the inability of the offensive line to prevent pressure on passing downs and remain penalty-free. In addition, the wide receivers have not been consistently able to get open and catch the ball.

As a result, the Seminoles are ranked 95th in the country in offensive efficiency.

Wake Forest’s defense should be a good matchup for FSU. The Demon Deacons have the 67th-ranked defense in the country, per ESPN’s SP+ rankings.

The Wake Forest defensive squad is an experienced one, returning nearly all of its defensive production from last season, including five super seniors. The Demon Deacons also brought in two graduate transfers in Harvard defensive back Isaiah Wingfield and Michigan defensive lineman Luiji Vilain.

This defensive unit is exploitable by the ‘Noles however, if FSU makes use of the run and intermediate passing game. The Demon Deacon linebacker corps is inexperienced and by far the weakest position on the team.

This is a winnable matchup offensively, but can the Seminoles avoid beating themselves?

The Seminole defense continues to look much better than the historically-bad defense that took the field in 2020.

While there are issues among the secondary in pass coverage, the defensive line has been able to consistently get pressure. The linebackers are also showcasing better read-and-react ability.

Led by defensive end Jermaine Johnson II, FSU’s defense is one sack away from matching its 2020 total.

As for Wake Forest, it saw a step back last year but has solid continuity in 2021. Its offense is led by four-year starting quarterback Sam Hartman but it would rather run than pass.

The Demon Deacon offense returns their leading rusher from 2020 in redshirt junior Christian Beal-Smith. Beal-Smith currently leads the team in rushing with 134 yards and three touchdowns on the ground. Look for the Wake Forest offense to lean on him early and often.

Wake Forest runs its offense extremely fast, so Florida State’s ability to line up properly will be tested. The offensive plays themselves are mostly slow-developing mesh plays, so getting in the backfield and disrupting the play early will be crucial for this matchup.

Cory: FSU, 34-28. If this team doesn’t have a fire lit under it after last week’s embarrassment, it’ll say a lot about the state of FSU football. I’m going to hope that they come out looking to bury Wake on both sides of the football. If not – well, the predictions from here on out won’t be as hopeful.

Mike: Wake Forest, 35-24. On paper, the teams seem to be fairly evenly matched. After last week however, one has to wonder where Florida State is mentally following the most embarrassing loss in program history that ended in inexplicable, heartbreaking fashion. Sam Hartman threw for more than 300 yards against FSU two years ago and Winston-Salem has been a tough place for the Seminoles to play in recent years.

Jake: FSU, 33-30. We’ve seen two Florida States so far. One was much improved and has the potential to win a lot of games this year. One was uninspired and couldn’t execute. Which will show up Saturday? I think the loss to Jacksonville State puts a fire in the team and they show us they can win games in ACC play. It’s a little too close for comfort but the ‘Noles avoid going 0-3 for the first time since 1976.