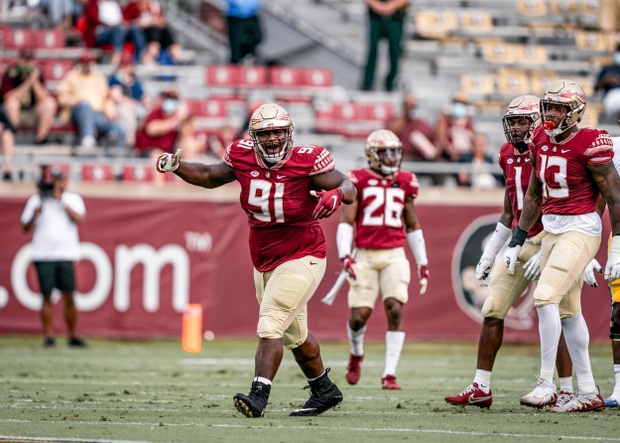 Although it isn’t one of the five match-ups between ranked teams this weekend, Sunday’s contest between Notre Dame and Florida State is still one of the most intriguing.

Notre Dame is once again a national power and is coming off a College Football Playoff appearance. The Fighting Irish will be looking for their third win over FSU in four years.

Regardless of what happens this season, Norvell will do something that no FSU head football coach ever has when his team takes the field against Notre Dame. That’s coach the Seminoles in a game played on Sunday.

Entering the season, that was the lone day of the week in which FSU had never played. During the regular season, FSU has played games on Mondays, Thursdays, Fridays and Saturdays.

The most recent Tuesday and Wednesday contests came in FSU’s last two bowl appearances. FSU played on a Tuesday in the Sun Bowl to conclude the 2019 season as the Seminoles fell to Arizona State, 20-14. FSU capped its last winning season in 2017 with a 42-13 rout of Southern Mississippi in the Independence Bowl on a Wednesday afternoon.

Notre Dame however, has played on a Sunday. The most recent occasion also came on Labor Day weekend.

In 2016, a top-10 Notre Dame team was stunned on a Sunday night by Texas in double overtime, 50-47. The Seminoles certainly hope history can repeat itself in Tallahassee. The teams will meet at 7:30 p.m. ET on ABC.