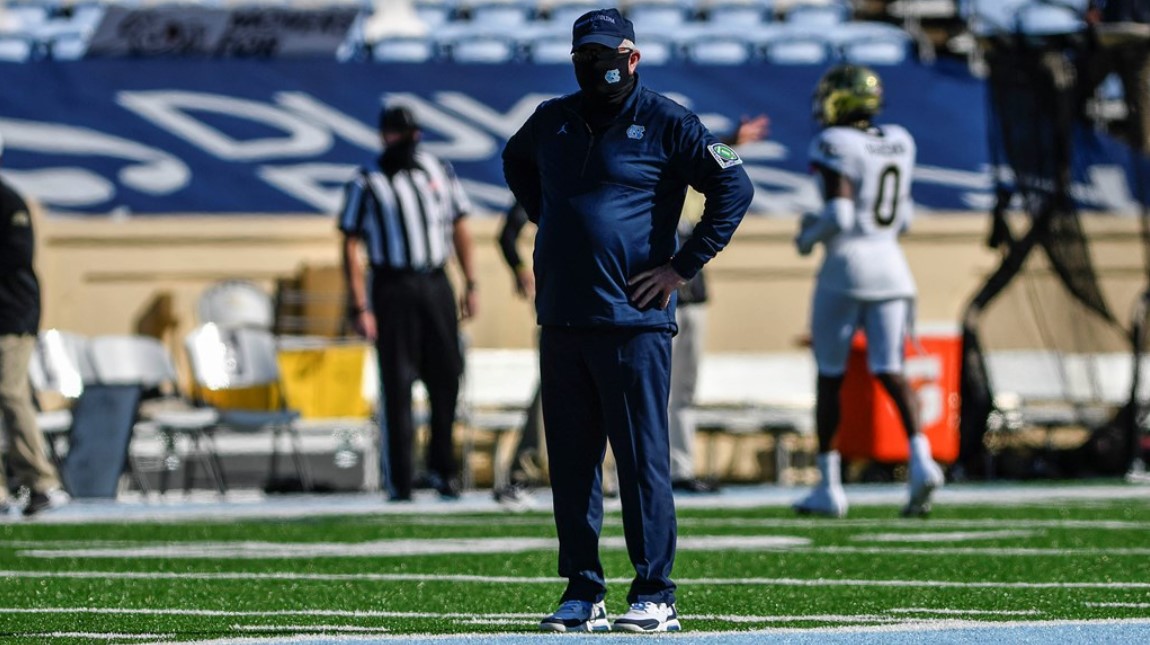 Coming into the 2021 college football season, there are some experts who are picking Mack Brown and the North Carolina Tar Heels to dethrone Clemson in the Atlantic Coast Conference.

Since Brown has taken over in his second stint at UNC (2019), the Tar Heels have been on an upward trajectory. With a Heisman Trophy candidate at the quarterback position in Sam Howell, who wouldn’t pick the Tar Heels to have a breakout season?

Looking down the schedule it looks very manageable, especially since ESPN ranks their strength of schedule at No. 40. There is however, one team that stands out in its history against Brown.

Heisman Voter Brett Ciancia has UNC in his CFP Projections 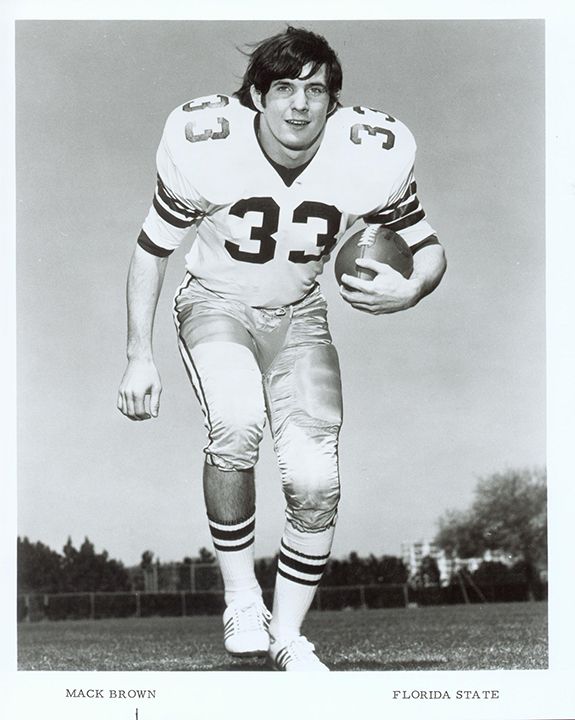 Let’s get straight to the point. Brown is an FSU graduate and toted the rock for the Seminoles. Since he left, he has NEVER beaten Florida State as a head coach. In his first stint at North Carolina, he went 0-6 vs. the Noles. Now in his second stint, he lost the lone game in 2020 in Tallahassee.

Brown has had many talented teams play against his alma mater. In 1996, his team would finish in the AP Poll at No. 11. While that year they played the Noles tough, their offense could not find the end zone against the nation’s No. 2 team in a 13-0 loss. The very next year in 1997, the fifth-ranked Tar Heels would host the No. 3 Seminoles in what was probably the most hyped ACC game of the 1990’s.

Some were calling it the biggest game in ACC history. Well, it turned into the same story as the year before. The Tar Heel offense could not find the end zone in a 20-3 rout for FSU.

Then we have last year’s game where Florida State was a major unranked underdog vs. No. 5 North Carolina.

If there was any time for Brown to get his first win against the Noles, it should have been last year. Florida State, under first-year head coach Mike Norvell, took a 31-7 lead to the locker room.

The Noles would not have to score another point and hang on for the 31-28 win. 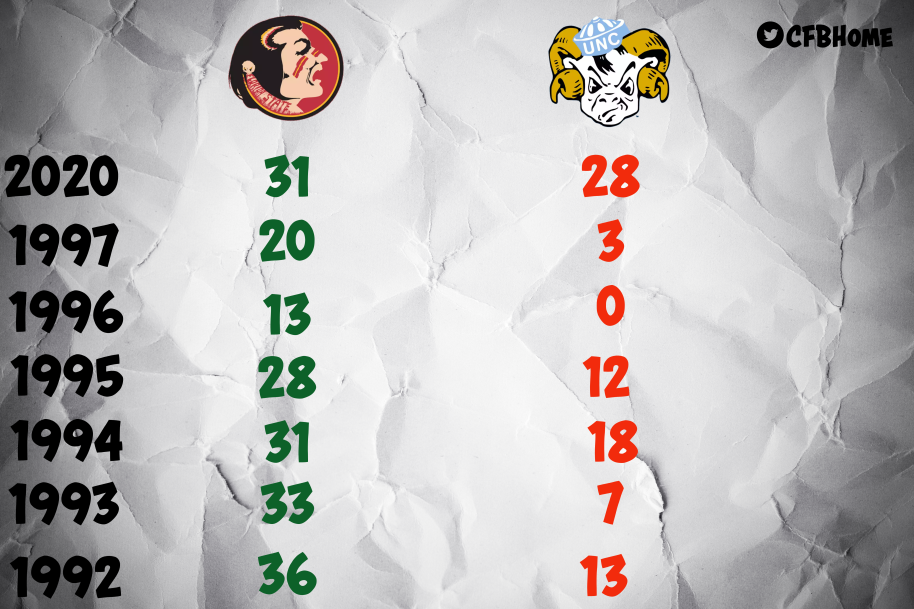 While some are circling North Carolina as a College Football Playoff pick and the one to upset Clemson, the game on Oct. 9 in Chapel Hill could be a great indicator of how for real the Tar Heels are in 2021. Can Brown get the Nole off his back?