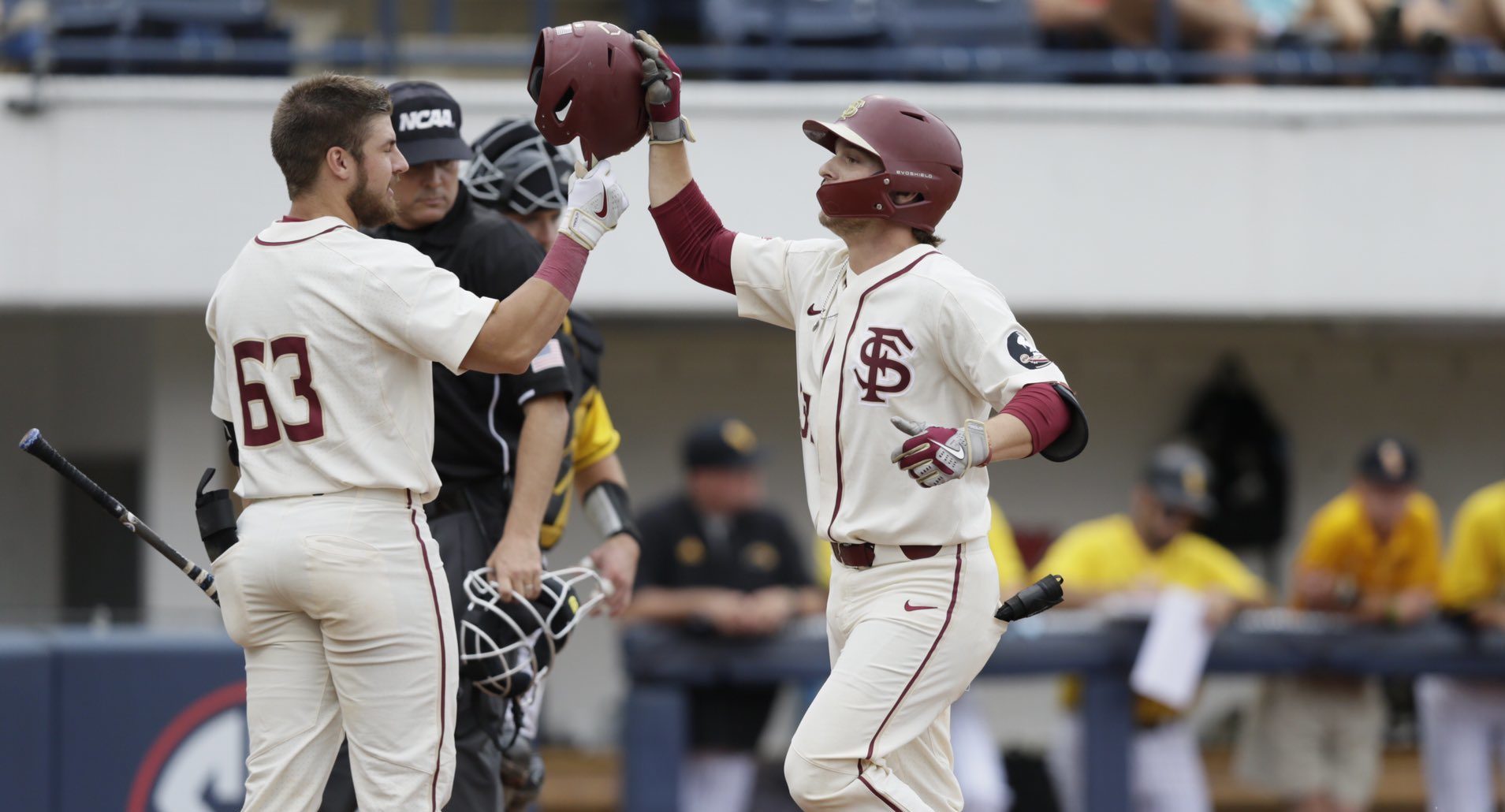 Florida State baseball continued its streak of NCAA Tournament appearances. In the Oxford Regional however, the noise from the Seminoles was minimal.

FSU watched its season come to an end on Sunday after its second loss of the double-elimination regional. The Seminoles reached the College World Series in 2019 despite no home games in the NCAA Tournament.

The results, unfortunately for FSU, were not the same this time around. For the final time in 2021, here’s a look back on the week that was for Mike Martin Jr.’s squad.

(3) Florida State 5, (2) Southern Mississippi 2
Friday, June 4 (Oxford Regional)
The home run ball was the difference on Friday as Florida State opened the Oxford Regional with a win. Trailing 2-0 after five, FSU used a pair of home runs to go ahead for good in the sixth. After Logan Lacey’s 2-run blast tied the game, Elijah Cabell’s solo shot gave FSU the lead. Matheu Nelson added a 2-run home run in the eighth. Southern Mississippi raced to an early 2-0 lead with a pair of unearned runs, but got nothing the rest of the way. Parker Messick picked up the win for FSU.

(1) Ole Miss 4, (3) Florida State 3
Saturday, June 5 (Oxford Regional)
For the second day in a row, a pair of errors in the first put FSU in a 2-0 hole, but it looked for a while as though the game would play out the same way as the day prior. The Seminoles used a pair of home runs in the fifth to take the lead. After Isaiah Perry’s solo home run cut the lead in half, Lacey lifted a 2-run home run for the second day in a row. A throwing error by FSU shortstop Nander De Sedas with two outs in the seventh however, allowed Ole Miss to go ahead for good. Starting pitcher Doug Nikhazy tied an Ole Miss record with 16 strikeouts in the win. As a team, FSU struck out 19 times in the loss.

(2) Southern Mississippi 7, (3) Florida State 4
Sunday, June 6 (Oxford Regional)
FSU again used the long ball to take an early lead, but Southern Mississippi scored the game’s final six runs to eliminate the Seminoles. With the score tied 1-1 in the third, Lacey homered to give FSU the lead. Robby Martin added his second RBI single of the day before Davis Hare singled him home. A 2-run home run from Blake Johnson in the fifth and a solo shot from Danny Lynch in the seventh evened the game for the Golden Eagles. Reece Ewing’s RBI single in the eighth put Southern Miss ahead for good. Will McGillis finished 3-for-4 with three runs scored and an RBI in the win. Martin and Nelson combined for four of the seven FSU hits.

FSU will finish the season with a record of 31-24.

The final polls won’t be released until the conclusion of the NCAA Tournament.

This season marks the first time that FSU won its first game of a regional and didn’t advance since 2007.

With home runs on Friday, Saturday and Sunday, Logan Lacey became the first FSU player to homer in every game in a regional since the NCAA went to the current tournament format in 1999.