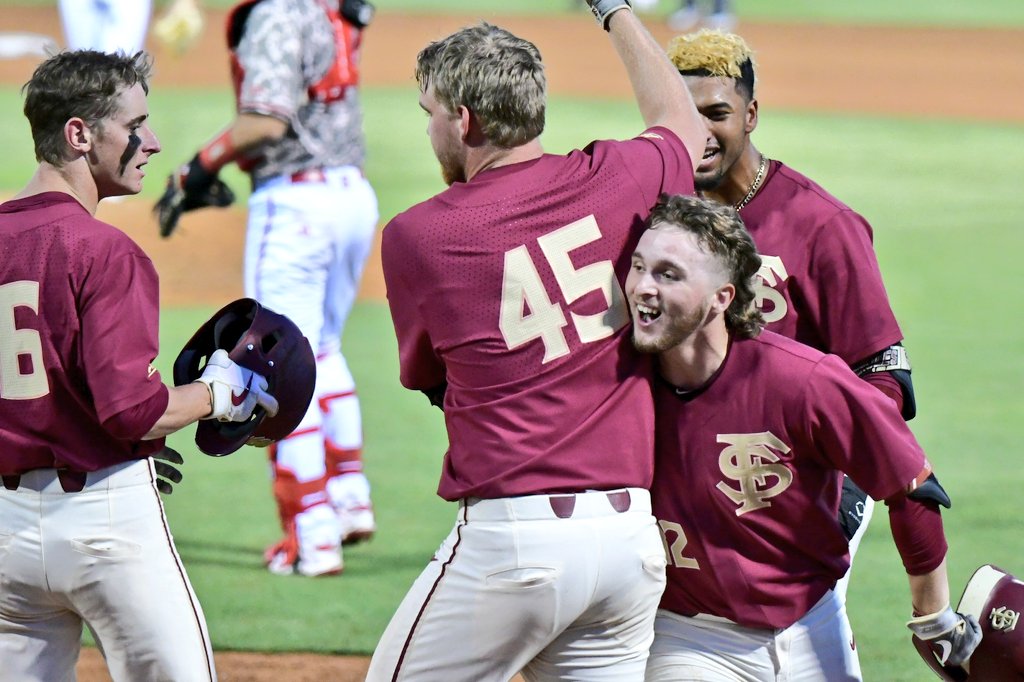 As quickly as the regular season came, it has now left.

Florida State baseball wrapped up the regular season on Saturday with a victory. Unfortunately for the Seminoles, it also ended with its first series loss in more than a month.

Still, FSU overcame a rough start to have a solid regular season as it eyes the ACC and NCAA Tournaments. The Seminoles won’t get to play in front of the Dick Howser Stadium faithful any more this season, but two years ago, they reached Omaha without the luxury of hosting a regional or Super Regional.

As the ACC Tournament gets underway on Tuesday, here’s a look back on the final series of the regular season:

Florida State 4, NC State 6
Thursday, May 20
Luca Tresh’s second home run of the night — a 2-run walk-off winner — was the difference as NC State took the first game of the series. Tresh drove in three runs while Jonny Butler finished 2-for-3 with a home run, two runs scored and two RBIs for the Wolfpack. NC State led 4-0 in the seventh before Logan Lacey’s grand slam evened it for FSU. Lacey, Matheu Nelson and Dylan Simmons all had two hits for FSU in the loss.

Florida State 4, NC State 6
Friday, May 21
NC State overcame three errors in the field to clinch the series on Friday. Tyler McDonough hit a 2-run home run and scored four times in the Wolfpack. Butler was 4-for-4 at the plate in the victory. Tyler Martin, Nelson and Robby Martin each had 2-for-5 days at the plate for the Seminoles. Jackson Greene hit his second home run of the year in the loss.

Florida State 15, NC State 11
Saturday, May 22
After watching an early 4-run lead become a 3-run deficit, FSU avoided the sweep with seven unanswered runs to end the game. The Seminoles broke an 11-11 tie with four runs in the ninth inning with all the damage coming with two outs. Lacey’s RBI single put FSU ahead for good. The Seminoles would add another run on a wild pitch before Elijah Cabell came through with a 2-run single. FSU’s Nelson and NC State’s Terrell Tatum each homered twice in the contest. Robby Martin and Greene also homered for the Seminoles. Lacey finished with three RBIs while Nelson and Greene combined to go 7-for-8 with six runs scored and seven RBIs.

FSU finishes the regular season with a record of 29-21. The Seminoles finish 20-16 in ACC play.

FSU finishes in third place in the ACC Atlantic and will be the No. 5 seed for the ACC Tournament.

In the Baseball America Poll, the Seminoles fell five spots to No. 17. The slide in the D1Baseball Poll was seven spots to 23rd. FSU is now unranked in the Collegiate Baseball Poll.

With Saturday’s victory, FSU hit the 20-win mark in ACC play for the first time since 2014.

With a .247 team batting average, FSU finishes the regular season last in the ACC. The Seminoles’ 3.38 ERA is tops in the conference.

FSU is the No. 5 seed in the ACC Tournament for the first time since 2010. That year, the Seminoles went 2-1 in pool play before topping NC State in the ACC Championship, 8-3.

FSU plays Miami on Friday at 3 p.m. ET. The contests will be shown on Regional Sports Networks. For FSU to advance to Saturday’s semifinals, it will need to win both games.