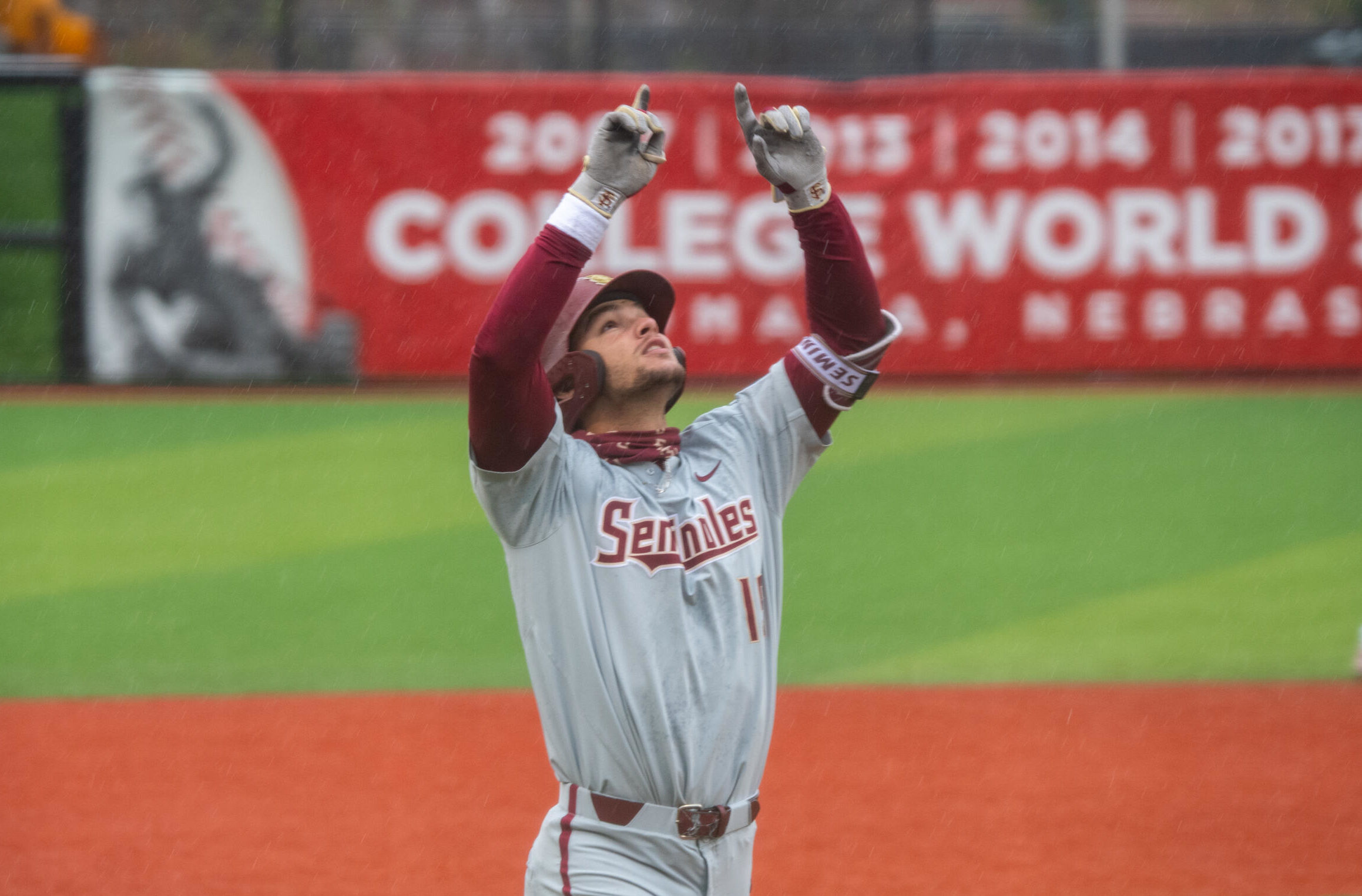 It’s now been nearly a month since Florida State baseball has lost a weekend series.

The Seminoles made a statement and bolstered its case to be a regional host over the weekend. FSU took two of three on the road from ACC-leading Notre Dame.

With the two victories, FSU is a season-high eight games over .500 at 25-17. Here’s a look back on the 3-game series that was squeezed into two days:

Florida State 5, Notre Dame 2
Friday, May 7
Florida State managed just four hits in its series opener with Notre Dame, but they were big ones. Davis Hare put the Seminoles ahead for good with a 2-run single in the fourth. Elijah Cabell’s 3-run home run in the ninth served as much-needed insurance. Parker Messick allowed just a run on three hits while striking out eight in six innings to earn the win for FSU. Jack Brannigan had an RBI and a run scored for Notre Dame.

Florida State 3, Notre Dame 5
Saturday, May 8 (Doubleheader – Game 1)
For Florida State, the bats came alive too late in the first game of a doubleheader on Saturday. Notre Dame led 1-0 in the sixth before Brannigan’s 3-run home run created breathing room. FSU managed to put the tying run on base in the ninth inning, but Robby Martin flied out to end the game. Tyler Martin was 4-for-5 with two RBIs and a run scored for the Seminoles in the loss.

Florida State 7, Notre Dame 1
Saturday, May 8 (Doubleheader – Game 2)
FSU starter Conor Grady allowed just three hits and two walks while striking out eight in five shutout innings as the Seminoles took the rubber game to win their fourth straight weekend series. Nico Baldor had a monster afternoon for FSU, going 3-for-3 with three doubles, four RBIs and a run scored. Niko Kavadas had two of the seven hits for the Fighting Irish and plated their only run with an RBI double in the seventh.

At 17-13 in conference play, FSU remained in third place in the ACC’s Atlantic division. Overall, the Seminoles have the fifth-best conference record in the ACC.

Catcher Matheu Nelson did not homer this weekend. It marked the first time he failed to do so in a weekend series since last month’s series against North Carolina. Nelson continues to lead the nation in home runs with 20. With 58 RBIs, he is now second nationally behind Old Dominion’s Andy Garriola.

Conor Grady earned his fifth win of the season on Saturday. FSU is now the only team in the ACC with three pitchers with at least five wins.

FSU leads the ACC with a 3.17 team ERA. That ranks eighth nationally.

Prior to his three doubles on Saturday, FSU’s Nico Baldor had just one hit for the season. With the 3-for-3 effort, he raised his batting average from .100 to .308.

FSU will play five home games this week, including its final two non-conference games of the regular season. The Seminoles host Florida Gulf Coast on Tuesday and Wednesday.

Tuesday’s contest begins at 6 p.m. ET while Wednesday’s will start at 2 p.m. ET. Both will stream on ACC Network Extra.

This weekend, Clemson will come to Dick Howser Stadium. The 3-game series begins at 6 p.m. ET on Friday night. That contest will air on ACC Network.

The final two games can be seen on ACC Network Extra. Saturday’s contest starts at 2 p.m. ET and Sunday’s finale will begin at 1 p.m. ET.