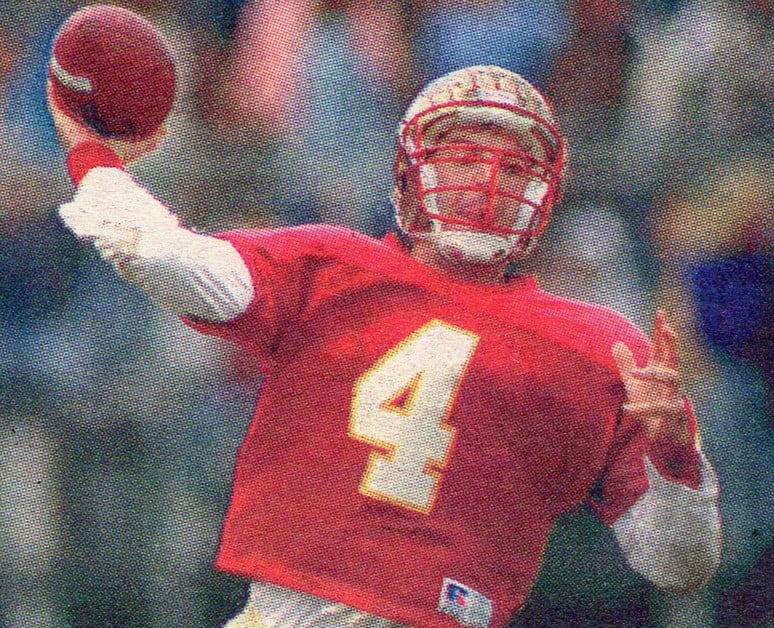 Memphis, on the other hand, hasn’t seen the Seminoles in more than three decades. Still, the schools have some interesting history.

With the first match-up in 34 years set, here are some interesting nuggets:

The most obvious storyline entering the contest is that current FSU head coach Mike Norvell left Memphis for Florida State. Norvell spent four years with the Tigers, compiling a 38-15 record and a pair of top-25 finishes.

Norvell left after leading the Tigers to the 2019 American Athletic Conference championship and a New Year’s Bowl. He didn’t coach the Cotton Bowl against Penn State however. That was Ryan Silverfield, who served as an assistant for each of Norvell’s four years as head coach and was ultimately named his successor.

Should Norvell and Silverfield each be at their current schools in 2024, it wouldn’t be the first time that an FSU head coach faced a former assistant. Late in legendary Bobby Bowden’s career, he took on former assistants Chuck Amato at NC State and his son Tommy Bowden at Clemson.

Speaking of the legendary Bobby Bowden, his first game as head coach at Florida State actually came against Memphis. The Seminoles kicked off the 1976 campaign with a 21-12 loss at Memphis.

The last meeting between the schools in Tallahassee saw the Florida State quarterback put forward a record-breaking performance. In a 57-20 victory, the Seminoles put up 51 points in the first half.

On Senior Day in 1989, senior quarterback Peter Tom Willis lit the Memphis defense up with 482 yards and a school record six touchdown passes — all in the first half. Willis’ six touchdown pass went to five different receivers as Lawrence Dawsey, Ronald Lewis, Bruce LaSane, Amp Lee and Terry Anthony were all on the receiving end of Willis touchdown tosses. Lewis caught two touchdowns.

Willis’ 6-touchdown performance remains a program record at FSU, although Chris Weinke did tie the record against Maryland during FSU’s 1999 national championship season. Willis remains the only player in FSU history to throw six touchdowns in a half. His 482 yards was the second-highest passing total ever at FSU at the time and remains the fifth-highest for the Seminoles.