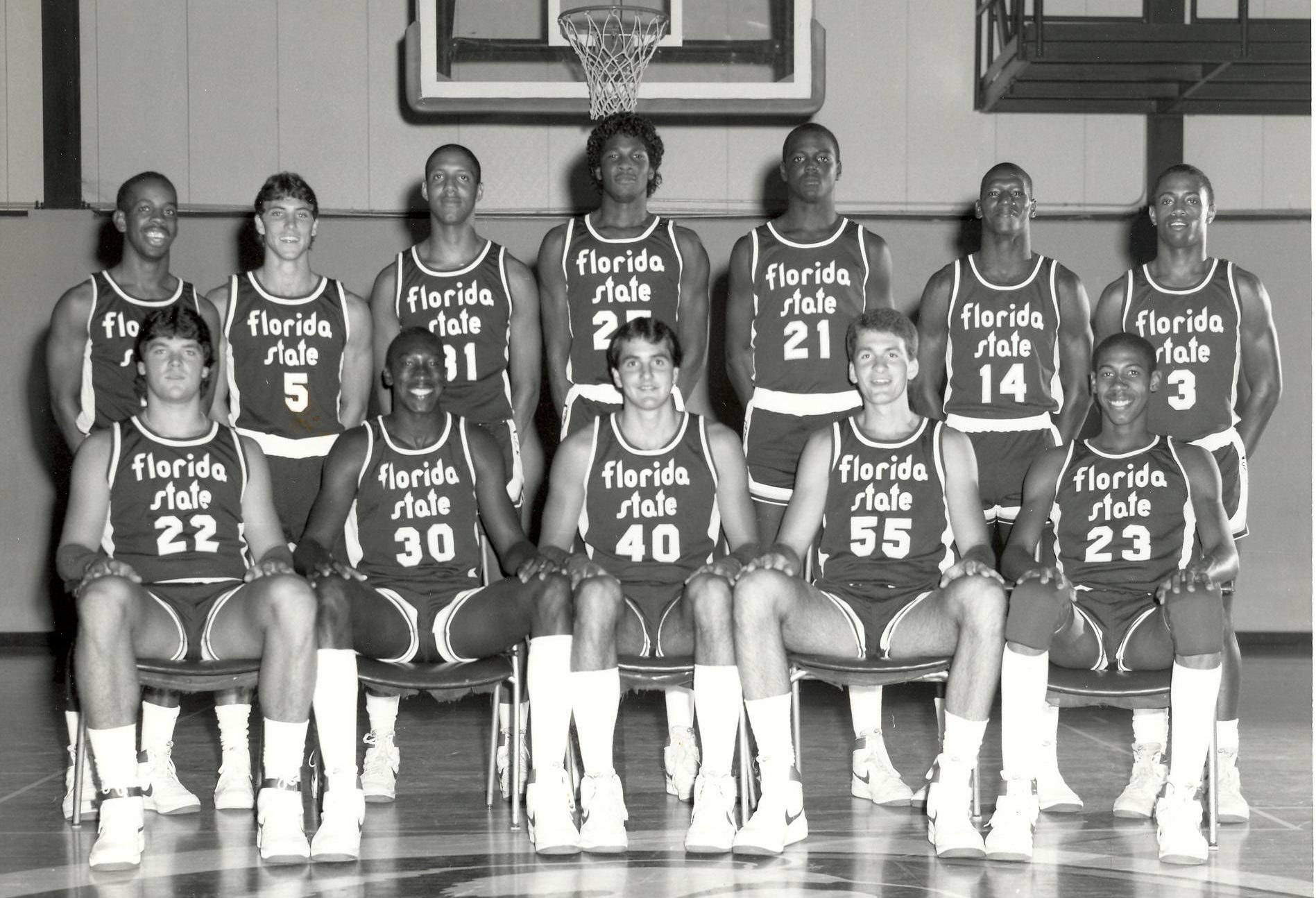 The Metropolitan Collegiate Athletic Conference dissolved in 1995, but it was what Florida State called home from 1976 to 1991.

The Seminoles won the conference just once, but made some great memories along the way. One of those came on this day 35 years ago as Tat Hunter tipped home the winning shot to lead FSU past No. 4 Memphis, 82-80.

FSU was just 9-15 and in last place in the Metro as it arrived at the Leon County Civic Center on Feb. 22, 1986. The Seminoles had dropped 10 of 12 games and were on an 8-game conference losing streak.

Memphis was headed the opposite direction. The Tigers were 23-2 and had been as high as No. 2 in the AP Poll throughout the season and were ranked fourth upon arrival. From the early parts of the contest in Tallahassee however, it was clear they were in for a fight.

With less than seven minutes to play, FSU looked to have the game in hand. Pee Wee Barber scored eight points during a 16-2 run to give the Seminoles a 73-60 lead.

Memphis would chip away at the lead, but with just over a minute to play, FSU led 80-75 following a free throw from LaRae Davis. Desperately needing a basket, the Tigers would find two. After a jumper from Andre Turner cut the lead to three, Baskerville Holmes converted a 3-point play with just 23 seconds left to tie the game at 80.

The Seminoles had the last shot and put the ball in the hands of Barber, who led FSU with a game-high 27 points. Barber’s shot near the rim was no good, but with just two seconds to go, Hunter tipped it in for the game-winner as the final buzzer sounded.

Hunter finished with just six points, but made all three of his field goal attempts. In addition to Barber’s big scoring day, Davis added 21 points and a team-high nine rebounds for the Seminoles.

FSU used a hot start from Davis to race to an 11-point lead in the first half, but Memphis was able to draw even at 39 by the time the first half sounded. The last Memphis lead came with less than 10 minutes to play in the second half following a jumper from Marvin Alexander. The first nine and a half minutes of the second half featured five ties and eight lead changes.

William Bedford led Memphis with 19 points. Turner added 16 for the Tigers. Holmes had the game’s only double-double with 13 points and a game-high 10 rebounds.

Memphis would go on to win 27 games, but fell to Louisville in the Metro Championship. The Tigers ultimately lost to LSU in the second round of the NCAA Tournament.

As for Florida State, it would be its next-to-last win under head coach Joe Williams. Williams would be replaced after the season by Pat Kennedy. His only win over a top-5 team came in thrilling fashion and on this day 35 years ago.