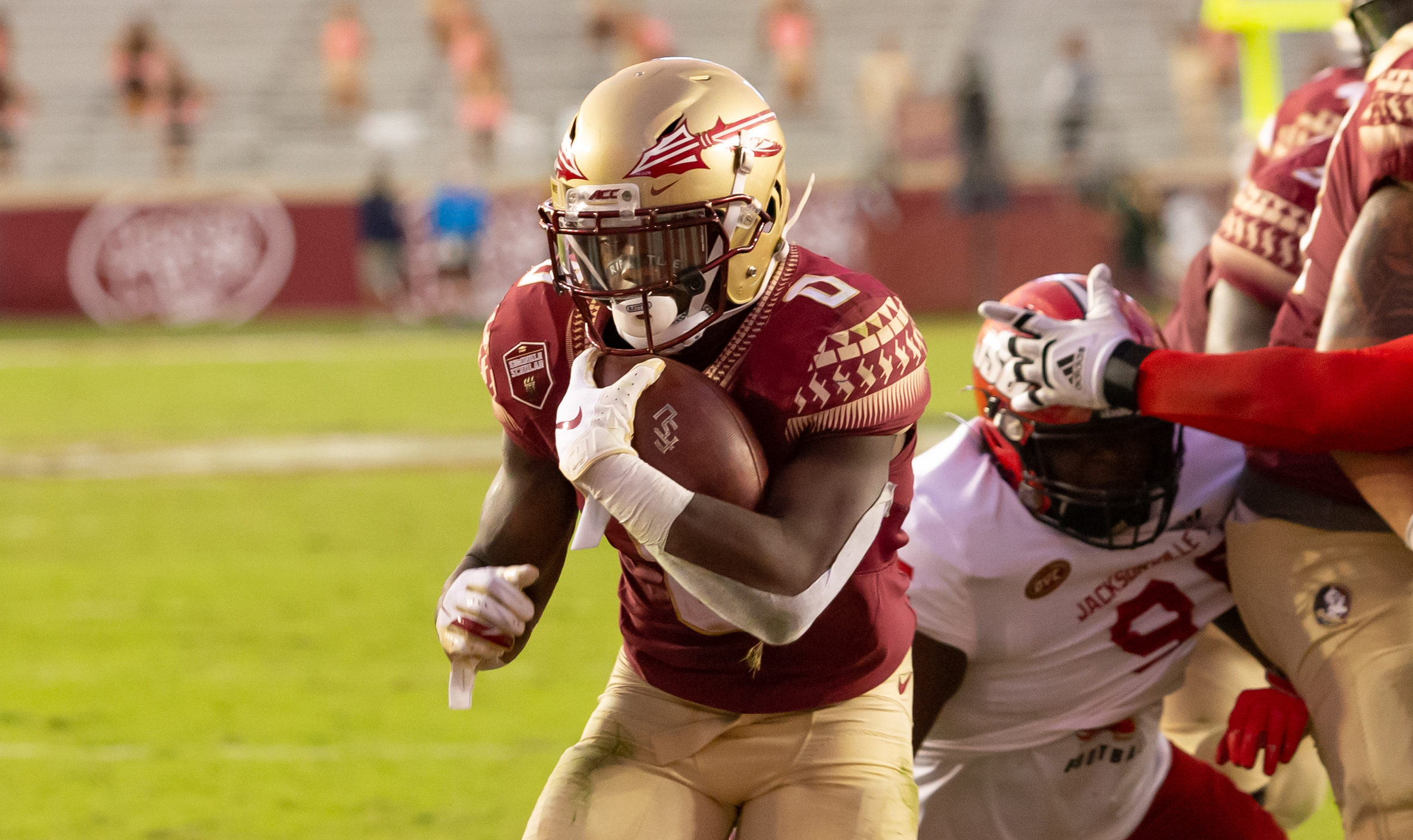 If Florida State is going have its first winning season since 2017, the Seminoles are probably going to have to start strong.

The ACC unveiled the 2021 football schedule on Thursday morning. For FSU, the front half seems the most manageable.

Winning an opener for the first time since 2016 however, seems like a tall task. FSU will open the season at home against Notre Dame on Sunday, Sept. 5.

The Fighting Irish finished 10-2 last season and made the College Football Playoff for the second time in three years. They also topped FSU in South Bend by a 42-26 score.

After that however, the next four games appear winnable.

Following a Sept. 11 tilt with FCS Jacksonville State, who the Seminoles defeated 41-24 last season, FSU will face three straight teams that finished with losing records in 2020. After a trip to Wake Forest on Sept. 18, FSU will play consecutive home games against Louisville and Syracuse.

The second half of the season is where things will get tough. Over the final seven games for FSU, only Massachusetts finished with a losing record in 2020.

FSU makes its first trip to Chapel Hill since 2009 on Oct. 9 to take on North Carolina. The Seminoles did upset the then No. 5 Tar Heels last season, 31-28. It was their first win over a top-5 team in six years. Still, North Carolina went on to make its first New Year’s Six bowl.

The aforementioned contest with UMass comes two weeks later for homecoming on Oct. 23. FSU visits 6-time reigning ACC champion on Clemson on Oct. 30 before concluding its home slate with contests against NC State on Nov. 6 and Miami on Nov. 13. FSU was handled by both opponents on the road last season, losing 52-10 at Miami and 38-22 to the Wolfpack in Raleigh.

ACC play wraps up with a Nov. 20 date at Boston College. The in-state rivalry with Florida resumes after a 1-year hiatus as the teams meet in Gainesville.

The Gators have won the last two in the series have made a New Year’s Six bowl in each of the last three seasons. Last season marked the first time the two teams didn’t play since 1957.

After three consecutive losing seasons, the schedule is not overly kind to FSU. The Seminoles face half of last year’s College Football Playoff field as well as two other teams to reach New Year’s Six bowls in 2020. In total, five of Florida State’s 12 opponents won at least eight games during a pandemic-altered 2020 season.

What FSU does return is its leading passer and rusher in quarterback Jordan Travis and leading receiver in Ontaria Wilson. Defensively, FSU returns its top two tacklers in Amari Gainer and Emmett Rice.

Last season, FSU finished just 3-6. That was its lowest win total since 1975. The Seminoles haven’t had a winning season since a 7-6 campaign in 2017.