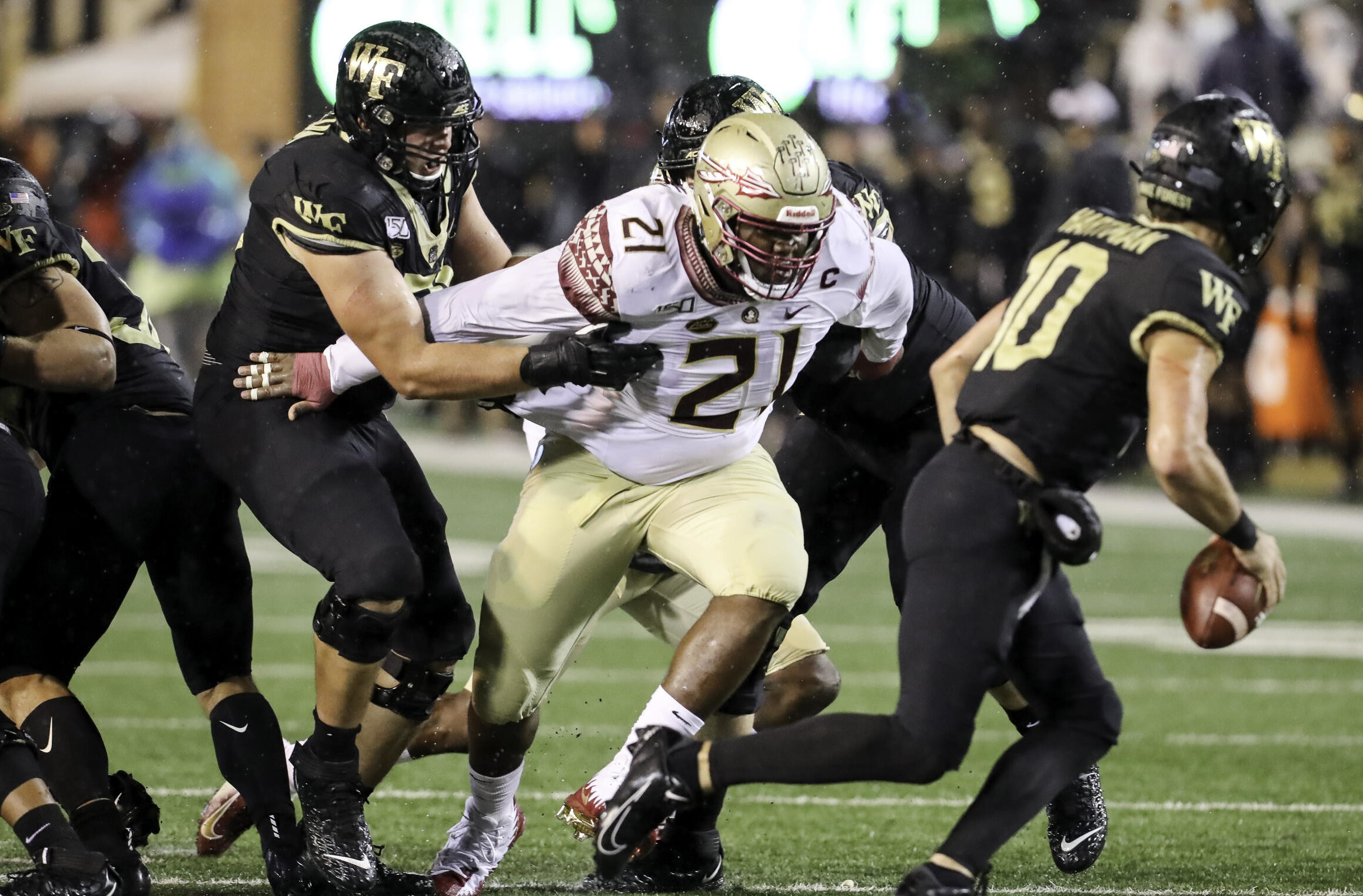 In what may be the final segment of 2020, TaReef weighs in on last week’s contest between FSU and Duke and looks forward to this week’s regular season finale for the Seminoles against Wake Forest.

Eh, that was a great home win and confidence booster, but I didn’t like our combo at all. The gold lids just looked out of place. Hopefully, we won’t see it again, despite the victorious outcome.

It was exactly what I predicted. So that was really cool. I should probably play the lotto this week.

What should FSU wear this week against Wake Forest?

What should Wake Forest wear this week?

You attribute the weekly uniform choices to head coach Mike Norvell. What grade would you give FSU for this season’s uniform selections?

Ha! Yeah, I definitely have suggested a few uniform combos to Coach this year on Twitter. In a weird year, and his first season at FSU, I will give Coach Norvell a B + on the uni-grade. Keep CLIMBing.

This will be FSU’s second straight trip to Winston-Salem for its annual match-up with the Demon Deacons, although this one was not originally on the schedule. In each of FSU’s last seven road games against the Demon Deacons, FSU has worn the traditional white jerseys with gold pants. FSU has gone 4-3 in those games.

In the previous two trips to Wake Forest in 2002 and 2004 — both FSU wins — the Seminoles wore garnet pants. At home, Florida State has worn traditional garnet and gold in every meeting against the Demon Deacons since entering the ACC in 1992.