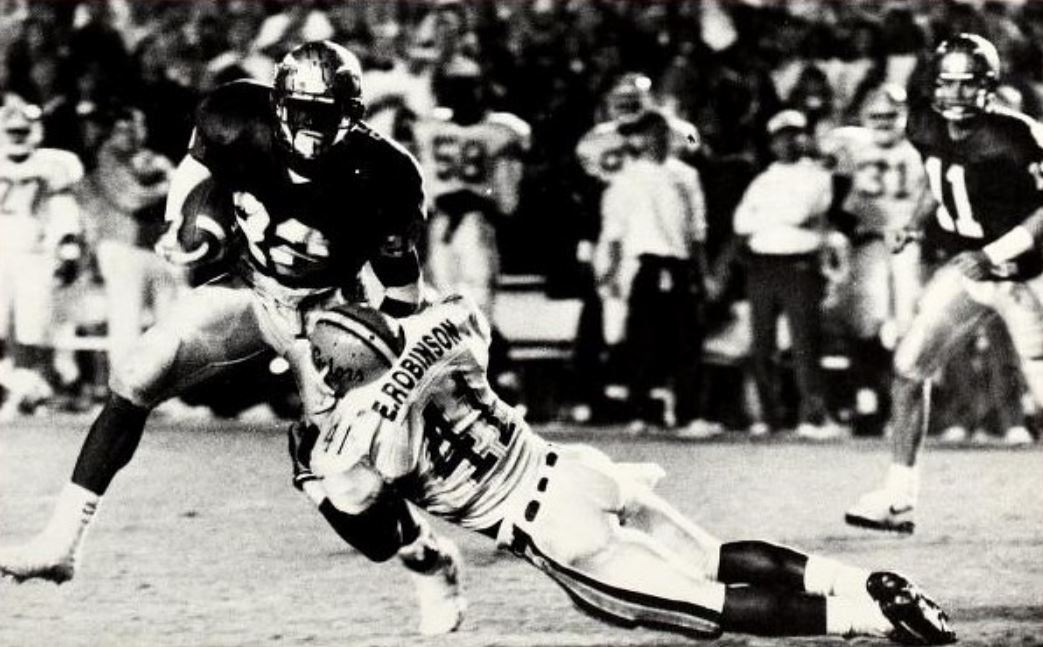 The rivalry didn’t get a pithy title like the “10-Year War” between Ohio State’s Woody Hayes and Michigan’s Bo Schembechler, but during the 1990s, no rivalry meant more on a national scale than the one between Bobby Bowden’s Florida State Seminoles and Steve Spurrier’s Florida Gators.

During their series against one another, Bowden held an 8-4-1 edge. That includes the first meeting on this day 30 years as the Seminoles won a shootout, 45-30.

Florida State had managed to shake off a midseason 2-game losing streak as it made its way to Doak Campbell Stadium on Dec. 1, 1990. At 8-2, FSU had won three straight games and arrived ranked No. 8 in the country.

Spurrier, the 1966 Heisman Trophy winner for Florida, was 9-1 in his first season at the helm and had the Gators ranked No. 6. Florida had already wrapped up the best record in the SEC, but was still on probation and ineligible to play in a bowl game. The Seminoles saw to it that their rivals’ season ended on a sour note.

Spurrier’s Florida teams were always known for their “Fun N’ Gun” offense, but on that day in Tallahassee, it was the FSU offense that stole the show. The Seminoles finished with 487 yards of offense and 45 points.

The game was less than a minute old when Weldon found Lawrence Dawsey for a 76-yard touchdown. From there, FSU never looked back.

While Weldon had a day to remember through the air, Amp Lee powered FSU on the ground. Lee finished with 147 yards and two touchdowns rushing. His first score however, came through the air.

Before the first quarter was over, Lee was on the receiving end of an 8-yard touchdown pass from Weldon to give the Seminoles a 17-3 lead. The Gators were able to cut that lead in half on a 1-yard touchdown run by quarterback Shane Matthews midway through the second quarter, but that is as close as they would get.

Fullback Edgar Bennett capped an 8-play, 71-yard ensuing drive for the Seminoles with a 2-yard touchdown run. A second 2-yard touchdown from Bennett early in the third quarter pushed the lead to 31-10.

Matthews would throw a touchdown pass to Ernie Mills and run for a score for Florida, but each time, FSU had a quick answer. After Matthews’ 14-yard touchdown toss made it 31-16, it took just three plays for FSU to answer as Lee capped a 3-play, 64-yard drive with a 16-yard touchdown.

Trailing 38-16 after three quarters, Florida scored early in the fourth on Matthews’ second touchdown run of the day. Following a long pass play from Weldon to Dawsey on the first play of the ensuing drive, Lee capped a 71-yard drive with a 2-yard touchdown run on the second play. Dawsey led all receivers with 172 yards on just four catches.

Florida would own the final points of the day as Matthews found tight end Kirk Kirkpatrick with less than nine minutes to play, but the final two possessions for the Gators would end on downs. Matthews finished the day with 351 yards passing, but was picked off twice.

Linebacker Kirk Carruthers and safety John Wyche each tallied interceptions for FSU in the win. Marvin Jones led the Seminoles with 18 total tackles. Anthony Moss had two of the five sacks for FSU in the victory.

While Florida’s season came to an end, FSU would go on to beat Penn State in the Blockbuster Bowl, 24-17. The Seminoles finished ranked in the AP top 5 for a fourth straight season.

During the course of his Florida tenure, Spurrier led the Gators to six SEC titles and the school’s first national championship. One thing Spurrier never achieved however, was a win at Doak Campbell Stadium. The first of his five losses in Tallahassee came on this day three decades ago.