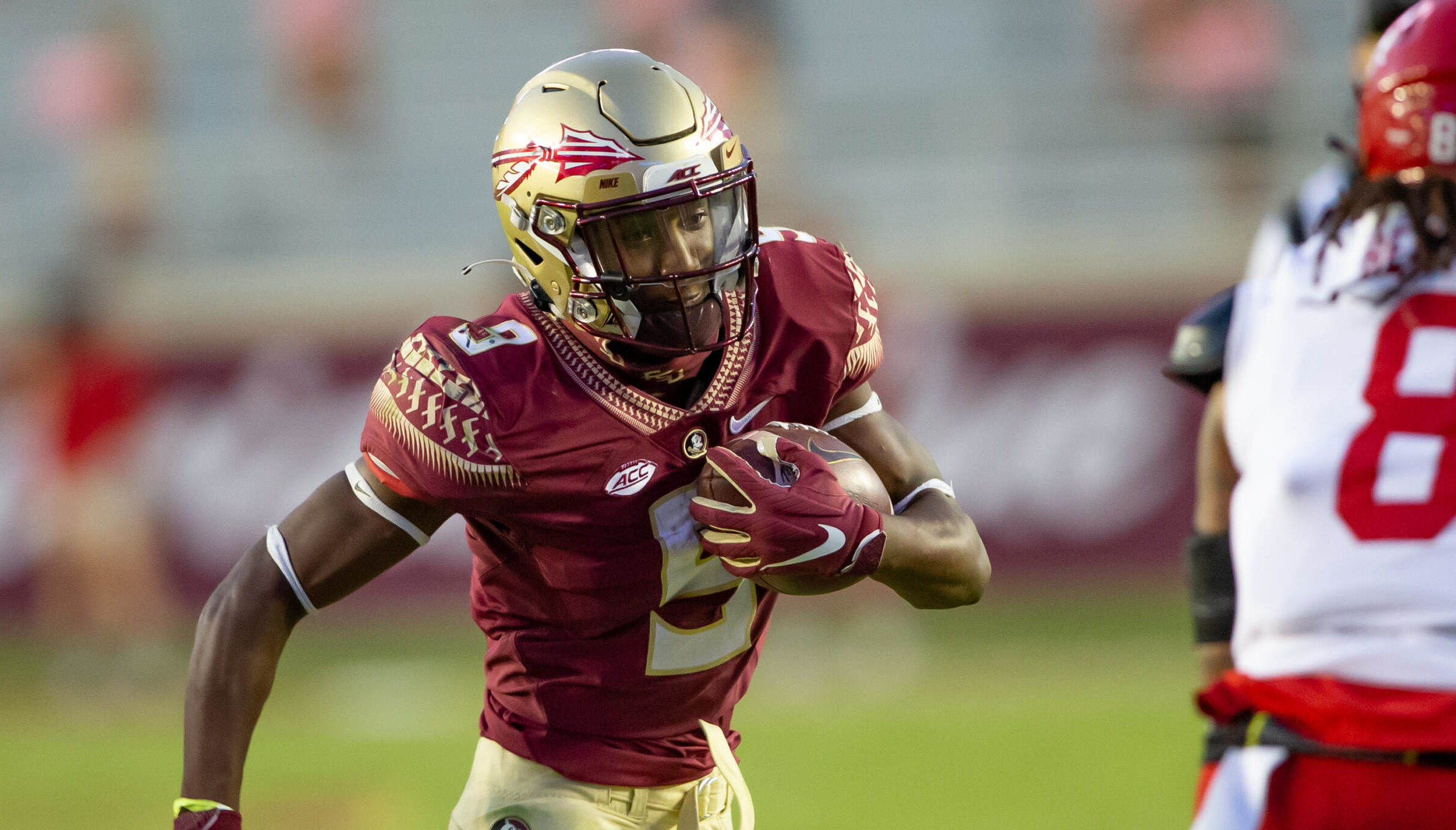 As promised, the second part of our series breaking down the Florida State offense thus far under first-year head coach Mike Norvell continues.

After previously looking at the quarterback position, we move a little further in the backfield to the running backs. We’ve all heard and drooled over the fact that at Memphis, Norvell was able to take 3-star Kenny Gainwell and get more than 1,400 rushing yards out of him last year as a redshirt freshman. Antonio Gibson added more than 1,000 yards from scrimmage as his backfield counterpart.

One year prior to their success, we saw a Norvell-led offense with Darrell Henderson, Patrick Taylor and Tony Pollard churn out 3,500 rushing yards collectively in the same season. All three even made an NFL roster.

If nothing else, we have seen Coach Norvell take some lesser-known talent and produce next-level ability out of those players. With FSU’s logo, he should able to attract some of the best athletes in the country. We should all feel comfortable that a Norvell-led offense will have no issues with the tailbacks.

Norvell, just like with his quick approach in the quarterback room, addressed the running back room along with Coach YAC (David Johnson). FSU looked to be retaining at least one blue-chip talent with former 5-star Khalan Laborn and 4-star Anthony Grant on the roster. At this junction of their respective college careers however, neither had really been able to have their skills translate to the college level outside of a few plays.

It appeared to be a great opportunity for both players to step in the thick of things with last season’s workhorse Cam Akers opting for the NFL. Neither Laborn nor Grant stuck around. The good news is that Norvell and staff were able to get on the circuit and recruit two solid players in the backfield. Those of course, are transfers La’Damian Webb (junior college) and Jashaun Corbin (Texas A&M).

That bolstered the running back room, even though FSU had just lost out on one of the country’s top prospects in Jaylan “Rooster” Knighton to rival Miami. Norvell was able to maintain one of the top committed players on the board with Lawrance Toafili. Norvell then quickly added two more weapons in Corey Wren and Ja’Khi Douglas who will contribute out of the backfield as well as in the slot.

Before FSU ever got to take a snap in 2020, its top two returning running backs were gone. Despite losing a pair of former blue chips and one of the highest-rated commitments on the roster, running backs might still be the best — or at least most consistent — position group on the roster.

Currently, FSU has three running backs with at least 30 carries and all three average at least five yards per carry. This all sounds pretty good. So where is the negative?

The negative is that none of those backs currently lead the team in rushing. That distinction belongs to quarterback Jordan Travis. In fact, Webb, who has more carries than any other running back on the team, has 16 fewer carries than Travis. Travis has not even started every game this year.

Through eight games this season, there isn’t a game in which a single running back has totaled 15 carries. With the tailback-by-committee approach being a potential explanation, the scary part is the quarterback — the one who appears to give FSU the best shot of winning right now — has a game with 20 carries.

Of course, some of those carries are not designed, but come from his ability to extend plays. Still, it does not look good to rely so heavily upon his legs when there are three capable running backs. To add insult to literal injury, Travis has been sidelined the last six quarters with an injury.

As of today, FSU does not have a top-tier prospect committed at the running back position. It has a pretty amazing offer list, which includes some of the top uncommitted backs in the country. The list includes Donovan Edwards and Byron Caldwell to name a few.

For quite some time, FSU has been in discussions with two underrated backs in Jaylin White and Ke’Travion Hargrove. FSU is a legitimate player to sign both. Fans should be happy with at least one.

Running back isn’t the most-needed position since FSU brought in five prospects last year. All are set to return for at least next year. Three of them have a minimum of two more years of eligibility remaining.

With Early Signing Day fast approaching, it will be interesting to see which players are still available on the board. Florida State might be in position to take one or two running backs or potentially even three.

With COVID-19 and players not losing eligibility this season, schools across the country are waiting to see what NCAA will do regarding scholarships. Since eligibility will not be lost, running back might be the one position where schools will pass if not handed extra scholarships.

As mentioned previously, COVID-19 has derailed a lot of potential positivity for Norvell and staff. One of the very few positives surrounding the team currently is the running back room.

Many will argue that this position group has been hands-down the best overall and most productive position group. Coming into the year, we heard much about Norvell’s 2-back sets and his penchant for using backs in the running and passing game.

Up to this point, we have definitely seen him use multiple backs. The one thing that sometimes leaves us scratching our head is the rotation or disappearance of the running backs. We’ve seen them almost disappear from the game plan at times. We’ve seen guys appear to have their best moment in games and then not be available.

Now that could be injury, discipline or maybe a certain player has earned reps in practice. Still, it undoubtedly leaves us questioning decisions. For instance, we watched Toafili come in late vs. Miami and run eight times more than 60 yards. He followed that up with a career-high 99 yards on 12 carries vs. Jacksonville State.

One week later against Notre Dame? Toafili carried the ball just three times. He wasn’t seen again until the Oct. 24 contest at Louisville where he ran for 76 yards on six carries. In the next game against Pittsburgh, he carried the ball one time.

We’ve seen the same kind of results with Webb, who right now, appears to be the best overall back. Webb looks to be the complete package with the ability to run, catch and block.

2-back sets are a welcomed sight, but instituting someone such as DJ Lundy or Amani Kerr into the fullback position is something worth considering. That will keep Norvell from having to use tailbacks as lead blockers.

Norvell’s history with the ground game and the fact that the backs seem to be performing has bought him the benefit of the doubt from the fan base. Right now, the two most popular hires appear to be Johnson and offensive line coach Alex Atkins.

With a recent history of being dismal, the FSU offensive line has opened up some running lanes. The Seminoles average better than 30 carries per game. Only twice in eight games this year has FSU averaged less than four yards per carry.

Coach YAC has three backs currently averaging more than five yards per carry. All three backs appear to catch the ball really well. At least so far, they have all shown to be an asset in pass blocking and picking up blitzes.

The future is extremely bright with these three top backs returning next year. Toafili would benefit from another year in the weight room. Many believed he would redshirt this year, but under Johnson’s tutelage, he’s looked like the most explosive runner in the backfield.