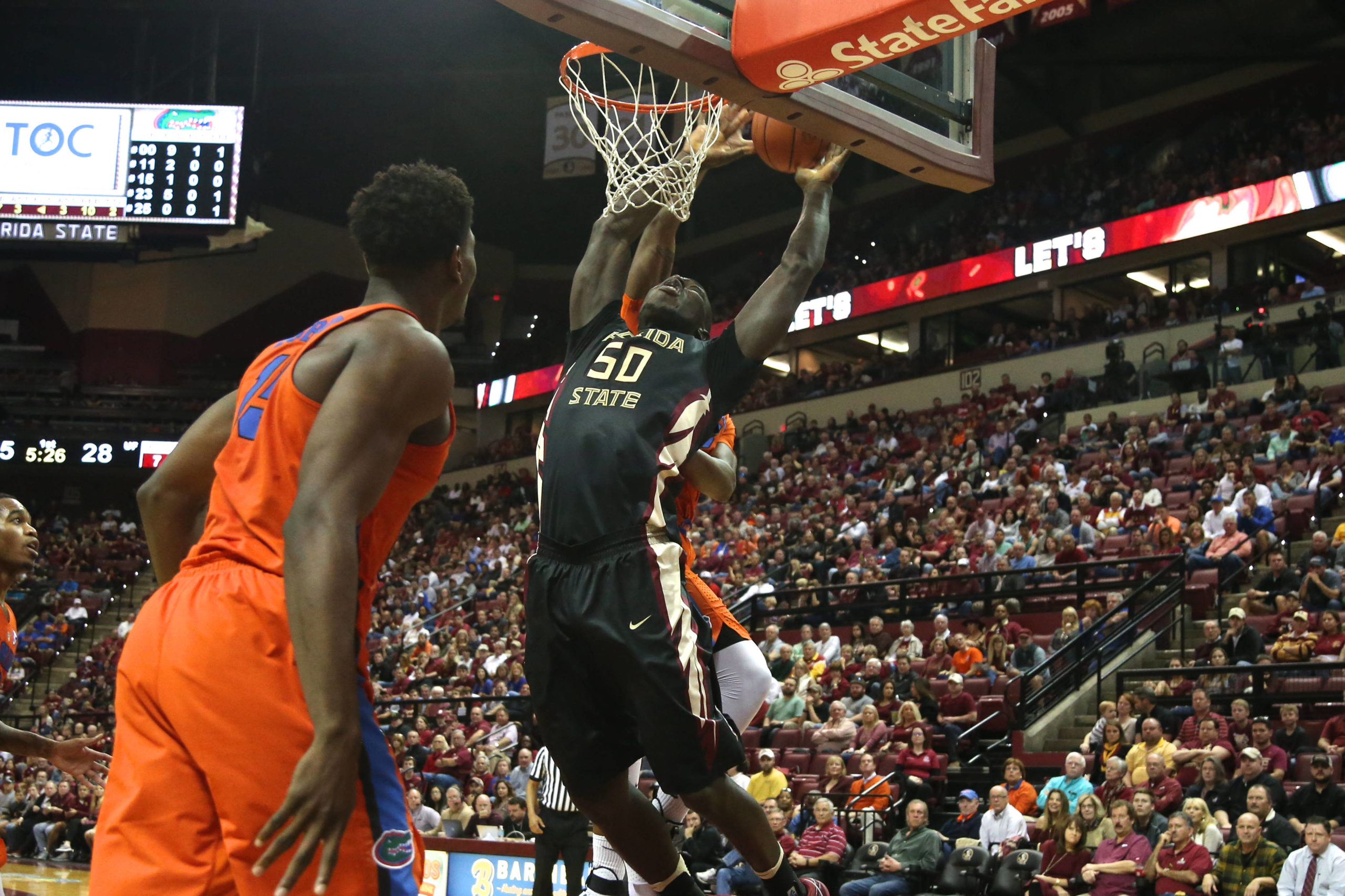 Former Florida State basketball center Michael Ojo left the earth way too soon, but the program is taking steps to make sure his legacy lives on.

Described as a “gentle giant”, Ojo, who stood 7-foot-1 and weighed 300 pounds, died of a heart attack in August after collapsing during training in Serbia. Ojo was just 27 years old.

To honor Ojo’s memory, FSU will name its men’s basketball training room after the former center. A spokesperson for the program told Fifth Quarter that the process was underway.

“In all of my years of coaching, I’ve never been around a person who captivated the emotions of everybody he came into contact with like Michael,” FSU head coach Leonard Hamilton said in a statement to the Tallahassee Democrat back in August. “He had to be the most popular person in Tallahassee, and, certainly at Florida State University. Michael Ojo was a wonderful, wonderful human being. He was a great teammate and really represented what the Seminole spirit is all about. (Ojo) was one of the purest Seminoles that I have ever been around; he will be missed tremendously by the whole Seminole nation.”

A native of Nigeria, Ojo was still relatively raw as a basketball player when he arrived at FSU prior to the 2012-13 season. Ojo missed the entire 2015-16 season, but shot at least 54% from the field in each of the final three seasons that he played.

As a redshirt senior during the 2016-17 campaign, Ojo averaged career-highs of 4.9 points, 3.2 rebounds and 0.9 blocks. Ojo started in 34 of FSU’s 35 games that season and helped the Seminoles snap a 4-year NCAA Tournament hiatus. Ojo scored in double figures five times that season. In a win over Detroit Mercy, Ojo tallied 13 points and 10 rebounds for his only career double-double.

During that season, Ojo surprisingly led the team by shooting 81% from the foul line. That was after shooting less than 43% in each of the three prior seasons in which he played.

Sam Lunt, a former FSU associate director of sports medicine for the program, said he was happy that Florida State would be honoring Ojo’s memory in a recent Facebook post.

“It helps soothe the pain in my heart to see that his memory will be forever associated with FSU basketball and specifically the training room where I took care of him for his (five) years at Florida State,” a portion of Lunt’s post read. “He spent many hours in there with me getting treatment for injuries, stretching, getting taped and talking about life in general. Michael spent a few Thanksgivings and Christmas dinners at our house and became a member of our family. He had the type of spirit of humanity that we should a(ll) strive to emulate. He was so kind and had a genuine love for all people.”