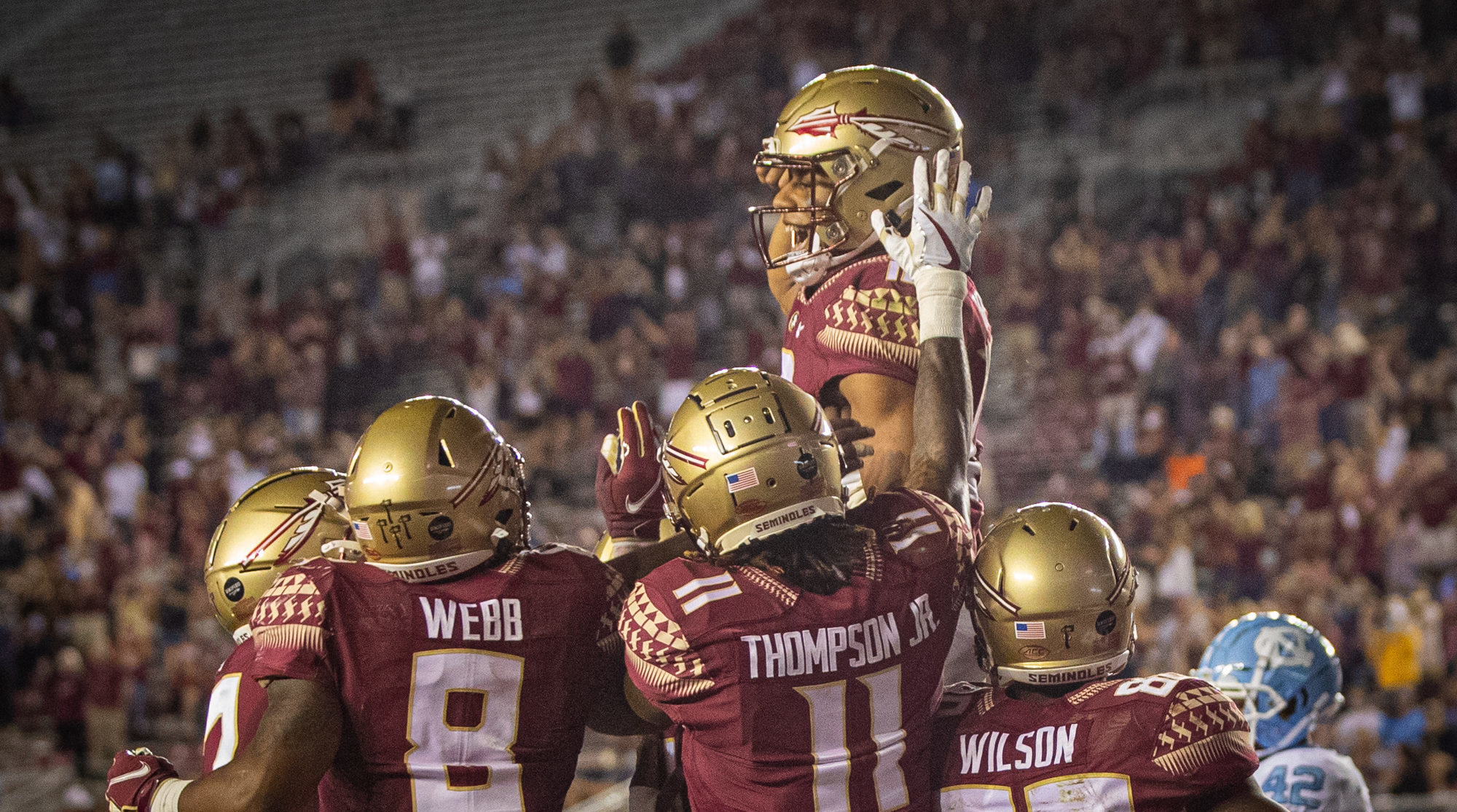 It was a minimal crowd on Saturday night but some of the magic that Doak Campbell Stadium used to encapsulate returned.

Florida State held off No. 5 North Carolina on Saturday night in a 31-28 thriller. North Carolina cut what was twice a 24-point deficit down to three, but the Seminoles held on downs on the decisive drive to come away with the victory.

With its first win over a top-5 team in almost six years, Florida State earned Fifth Quarter’s honor of Team of the Week.

Since being inserted into the lineup on a full-time basis, redshirt sophomore quarterback Jordan Travis has given FSU a boost. Over the last 11 quarters, the Seminoles have put up 98 points. That’s compared to just 23 in the previous nine.

In Saturday night’s win over North Carolina, Travis was again sold. Travis didn’t have a great completion percentage, but threw for 191 yards and a touchdown. He also rushed for 107 yards and two scores in the victory.

Oh, What a Half

Florida State was held off the scoreboard in the second half on Saturday night, but did enough in the first half to secure the win. FSU took a commanding 31-7 lead into the locker room.

The 31 points was the most FSU scored in any half since scoring 35 at Louisville in the second half on Oct. 30, 2014. It was the most for a first half since November 2013 when the Seminoles put up 38 against Syracuse.

With FSU leading 17-0 in the second quarter, defensive end Joshua Kaindoh returned a Sam Howell interception 25 yards for a touchdown. Kaindoh’s “pick-6” was the first non-offensive touchdown since D.J. Matthews took a punt back against Miami in October 2018. It was the first interception return for a score for FSU since Levonta Taylor cemented a 36-26 victory over Samford on Sept. 8, 2018.

Entering Saturday’s contest, it had also been 11 years since the Seminoles topped North Carolina. FSU had lost the previous two meetings by identical 37-35 scores in 2010 and 2016. Both contests were decided by late field goals.

Already 0-3 in ACC play for the first time since 2009, FSU avoided its first 0-4 start to ACC play ever. The Seminoles also avoided their worst 5-game start since 1975 — one year prior to the legendary Bobby Bowden taking over. It was first-year head coach Mike Norvell’s first ACC win and first victory at FSU over an FBS opponent.

There was one streak that continued for someone with Florida State connections. North Carolina head coach Mack Brown remained winless against his Alma mater. As a head coach, Brown fell to 0-7 against the Seminoles.

With the win, FSU improved to 2-3. The Seminoles will look to get to .500 next week when they visit Louisville.

The Cardinals are just 1-4 and coming off a hard-fought 12-7 loss at Notre Dame. Saturday’s contest begins at 12 p.m. ET and airs on Raycom Sports Network. FSU has rallied to win the last two meetings between the schools.