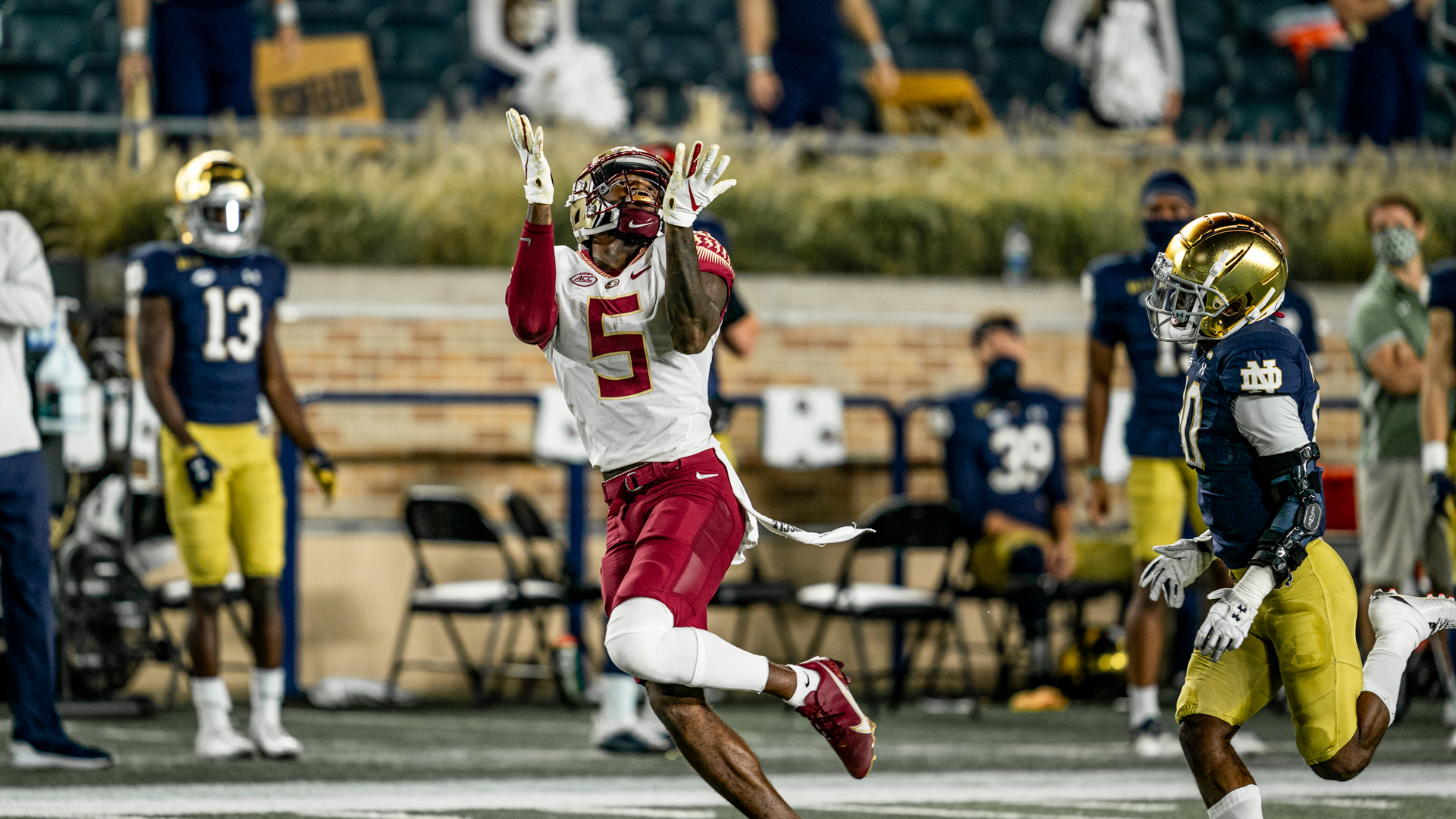 It was another loss, but Saturday night may have been Florida State’s best effort of the season.

Against No. 5 Notre Dame in South Bend, FSU led after a quarter and was within two scores the rest of the way in a 42-26 loss. With the defeat, the Seminoles fell to 1-3.

Despite the loss, there were some stellar individual efforts. As is customary, Fifth Quarter managing editor Mike Ferguson and FSU writer Jacob Bunting hand out game balls to the Seminoles who shined brightest.

Unanimous Game Ball: Tamorrion Terry, WR
A redshirt junior, Tamorrion Terry had what was easily his best game of the young season. Terry tied a career-high with nine catches for a season-high 146 yards and a touchdown. His 48-yard scoring reception served as his first of the year and gave the Seminoles a 17-14 lead late in the first quarter. Terry’s 146 yards exceeded the total from his first three games of 2020 combined.

Unanimous Game Ball: Amari Gainer, LB
It was a horrendous night for the Florida State defense. The Seminoles allowed 554 yards, including 353 on the ground, and 42 points. Still, Amari Gainer was productive for the Seminoles. Gainer finished with a game-high 11 tackles and a forced fumble in the loss. With 32 total stops, Gainer is FSU’s leading tackler on the year.

Jacob’s Game Ball: Alex Mastromanno, P
The FSU special teams has been much improved this year and one reason is the punting of Alex Mastromanno. On six punts, Mastromanno averaged 44 yards per punt with a long of 51 yards on Saturday night. Two of his six punts pinned Notre Dame inside its 20-yard-line. The Fighting Irish managed just one return for negative-6 yards.