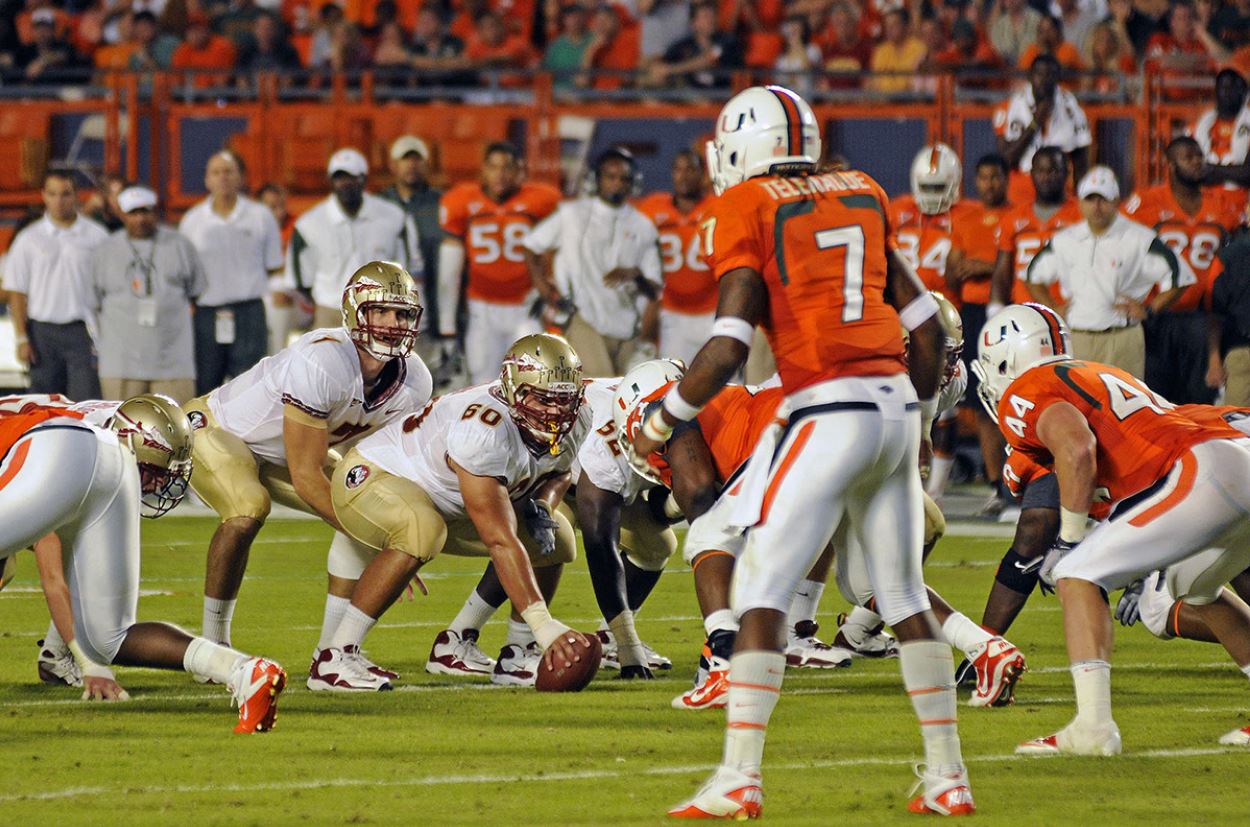 Over the years, the annual rivalry contest between Florida State and Miami tends to be close more often than not.

There have however, been plenty of exceptions. One of those came on this day 10 years ago as FSU recorded a statement win on the road early in Jimbo Fisher’s head-coaching tenure.

After getting blown out in its first road game against Oklahoma, Florida State had won three straight as it arrived in Miami on Oct. 9, 2010. For the first time since the Week 2 loss in Norman, FSU was ranked. The Seminoles came in at No. 23.

Miami also came in feeling good about itself. After falling at Ohio State in Week 2, the Hurricanes had collected impressive road wins over Pittsburgh and Clemson. At 3-1, Miami was ranked No. 13 in the country. It would prove to be no match for FSU.

Miami mounted a promising opening drive, but after kicker and usually-reliable Matt Bosher missed from 32 yards out, the Seminoles set the tone. Jermaine Thomas would score three first-half touchdowns for FSU as the Seminoles jumped in front, 21-0.

Thomas’ first score on the night came on a 17-yard reception from quarterback Christian Ponder. His second came early in the second quarter. After FSU safety Nick Moody returned a fumble by Miami’s Damien Berry 36 yards to the Miami 1-yard-line, Thomas doubled the lead to 14-0 by scoring from a yard out.

Following a 34-yard run earlier in the drive, Thomas’ third touchdown and second run came from six yards away.

Miami would make things interesting midway through the third quarter. After Miami quarterback Jacory Harris scored from three yards out to break up the shutout, FSU extended the lead to 31-7 with a Dustin Hopkins’ field goal and a 16-yard touchdown run from fullback Lonnie Pryor.

The Hurricanes however, drew to with 14. Berry’s 26-yard touchdown run early in the third quarter cut the lead to 17 before Bosher’s 36-yard field goal made it a 2-score game with less than five minutes to play in the period.

That’s all the Miami offense would muster. After back-to-back drives that resulted in just one first down for Miami, Ponder put the nail in the Hurricanes’ coffin with an 18-yard touchdown to Rodney Smith strike midway through the fourth quarter.

With less than six minutes to go, Lamarcus Joyner intercepted Harris to thwart a scoring opportunity for the Hurricanes. FSU running back Chris Thompson then provided the exclamation point.

Facing 2nd-and-16 from his own 10-yard-line, Thompson got the carry and found a crease and got a key block from Pryor before making his way down the sideline for a 90-yard touchdown to cap the scoring. On just 14 carries, Thompson finished with a then career-high 158 yards rushing.

The contest seemed to signify a shift in direction for each of the two programs. Florida State would go on to beat Florida and have its first 10-win season in seven years. It would also reach the ACC Championship for the first time in five years.

Miami would win its next two games to sneak back into the top 25, but dropped four of its final six games to end the year. The Hurricanes finished just 7-6.

For FSU, the victory would begin a 7-game winning streak over its rivals. The 28-point win was the largest margin of victory for Florida State over Miami since 1997 and the largest on the road since 1984. It took place on this day a decade ago.