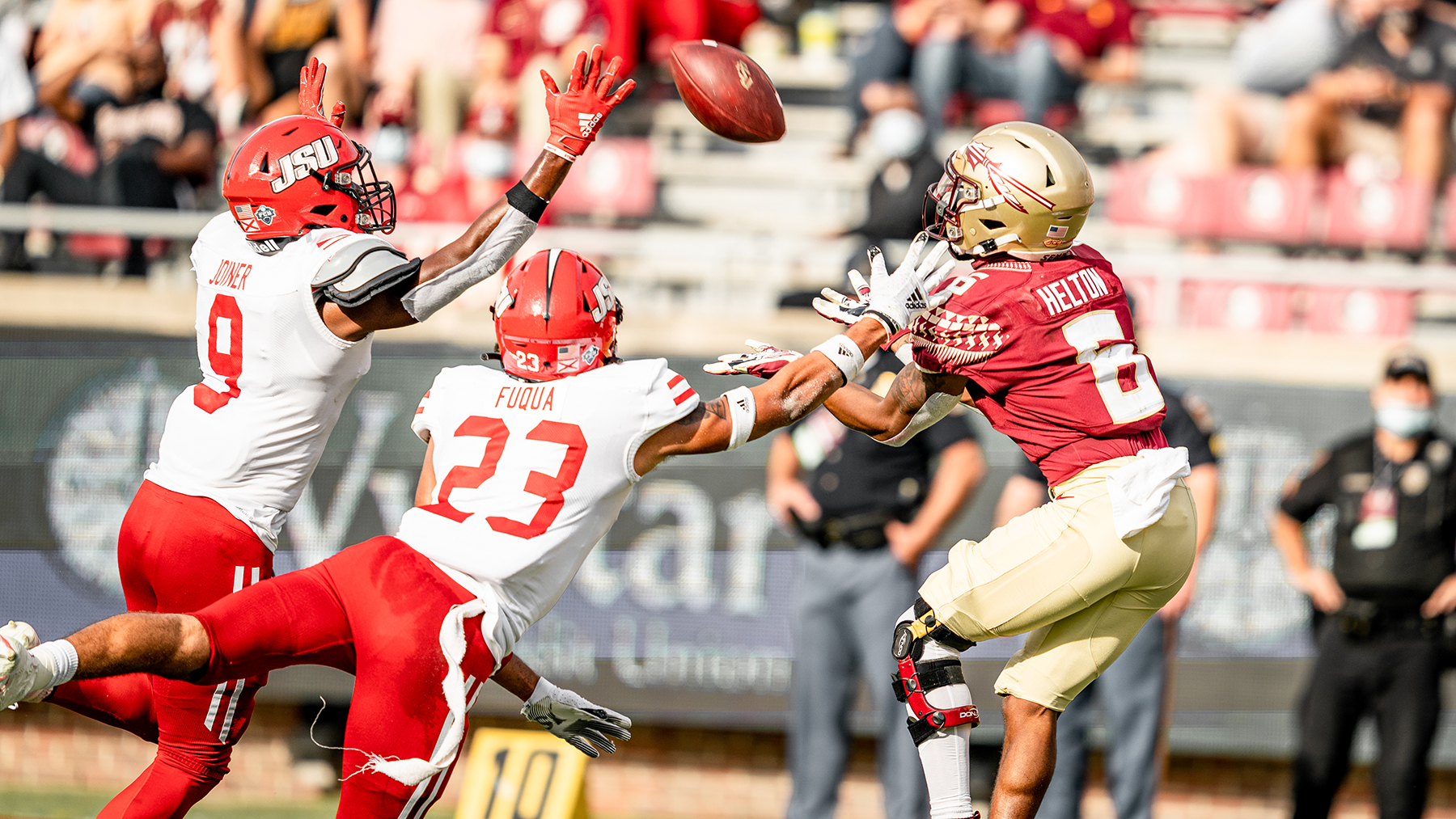 FSU survived a near disaster early to notch its first win of the season against Jacksonville State.

The team could not have collectively looked much worse in the first quarter. Luckily, a quarterback change and a few scores sparked the comeback against the Gamecocks.

FSU had a new signal caller : true freshman Tate Rodemaker. He did not look ready. FSU’s offense was atrocious to start the half, only tallying 60 yards on 20 plays. Rodemaker threw a bad pick-six on the first drive, and followed that up by taking several bad sacks over the next three.

Florida State’s defense started slow as well. They allowed 89 yards and a touchdown on 11 plays in the first two drives.

Fans could not believe what they were seeing, as Jacksonville State was up 14-0 nearing the end of the 1st quarter. Florida State seemed to have no answers.

Someone had to step up and give the team a spark of hope.

Down two scores to an FCS opponent, FSU made a needed change at quarterback. Sophomore Jordan Travis stepped in at the position.

With Travis at the helm, the offense started humming. His mobility gave the offense a new dimension, and he consistently made good decisions. His first drive ended in a 41-yard strike to Keyshawn Helton.

FSU would take its next four drives to the house.

The Seminole defense was able to rest up and gain momentum. They held the Gamecocks to two scores over the next six drives. While inconsistent throughout the game, the defense forced stops when the team needed it the most.

Once the Noles found a rhythm, they didn’t look back. They outscored the Gamecocks 35-10 after notching their first touchdown.