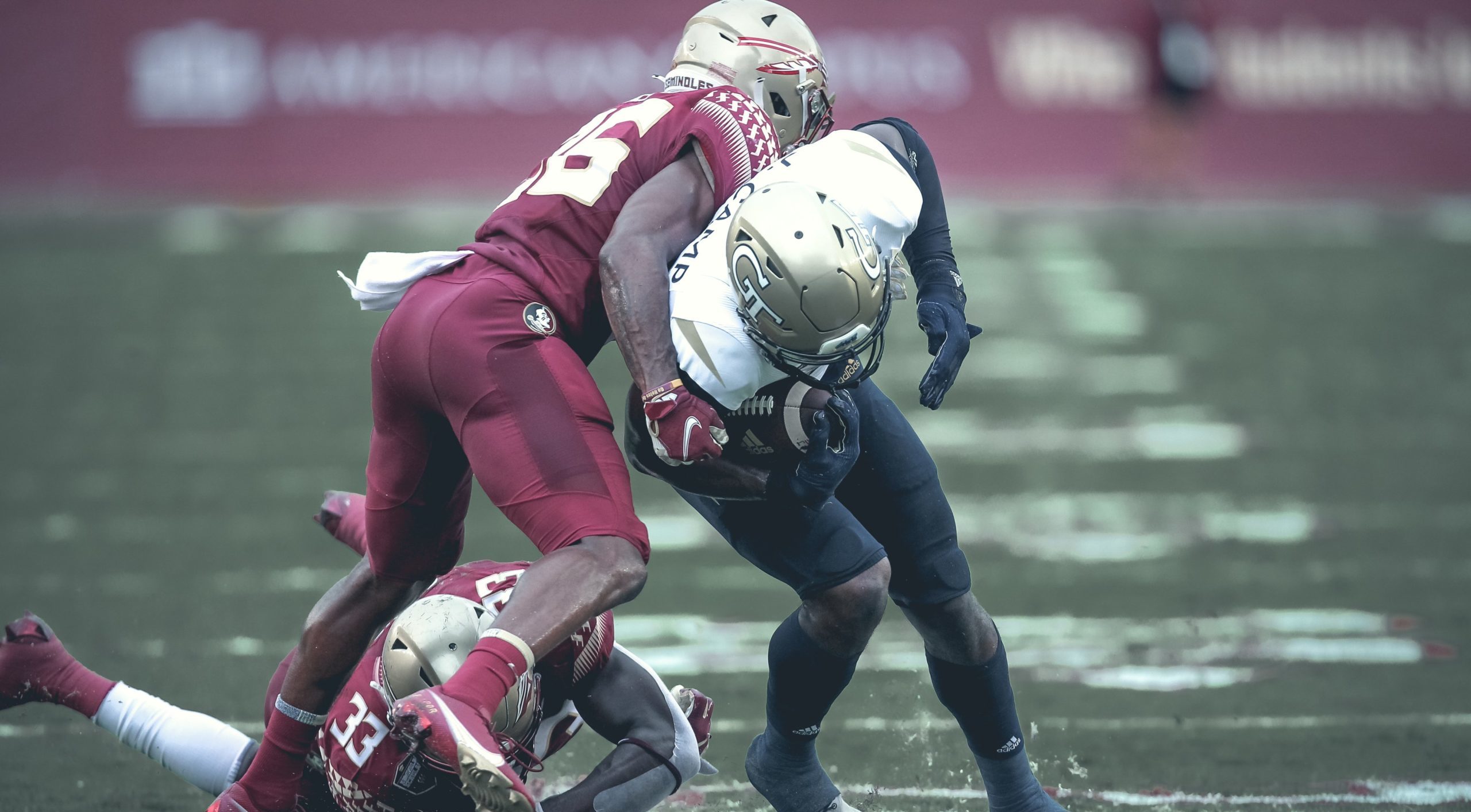 Football season is back, and man, it felt great. Florida State needed a season in order to get things back on track. A track to restore the pride and tradition we expect. Unless you start with an embarrassing loss to Georgia Tech.

FSU looked good for – maybe – a half, and then it allowed a younger, less talented team stick around and win. The main story line? Former bell cow and quarterback commit Jeff Sims rode into Doak S. Campbell Stadium and defeated FSU in his first collegiate start.

Georgia Tech – a team that many predicted to finish last in the ACC – defeated the offseason champs Florida State University.

“If you don’t play with intensity, I will replace you.”

It’s a paraphrased quote from head coach Mike Norvell regarding expectations of players. It’s a quote that speaks about accountability. We didn’t see that intensity Saturday. We saw a shell-shocked fourth-year quarterback, critical drops from key players, lack of a pass rush and drive-stopping penalties at inopportune times. The injuries may have affected Norvell’s ability to hold players accountable for not making plays. But this should be corrected in practice.

This was the narrative we heard all offseason. Many fans equate penalties as lack of discipline. While this is partially the case, go check out the NCAA penalty stats from Norvell’s Memphis teams. But penalties aren’t the whole story. Add to your definition of discipline – include consistency. Without discipline, there is no consistency. This includes consistently making tackles, making routine catches, and being in the right position. Remember – “You’re either coaching it or allowing it.”

Losses like this hurt more due to the reality check. The offensive line might’ve been one of your brighter spots for three quarters, and the defensive line might’ve been the most disappointing segment. What were the adjustments? Why couldn’t you get receivers open consistently? And if you know that your quarterback has a tendency to clam up under pressure, why not take a grad transfer at quarterback? How do you only get one sack? How do you lose a game with two turnovers and three blocked kicks?

It’s not the end

FSU has 10 games left in the season. We all have bad days. But if Norvell can’t translate the “buy-in”, “being coached up”, “accountability”, “new culture”, and rest of the buzzwords to consistent play on the field, then it may be the longest season we have had to this date. And we know a bit about long seasons.

My advice? Stop worrying about the past two coaching staffs and trolling. Have the players focus on the task at hand, or be prepared to get worked. Everyone left on the schedule, except Jacksonville State, is exponentially better than Georgia Tech.

Remember “the standard is the standard” and “how you do anything is how you do everything”? Those are words straight from Norvell’s mouth at his opening press conference. For Florida State, it’s time to put up or shut up.