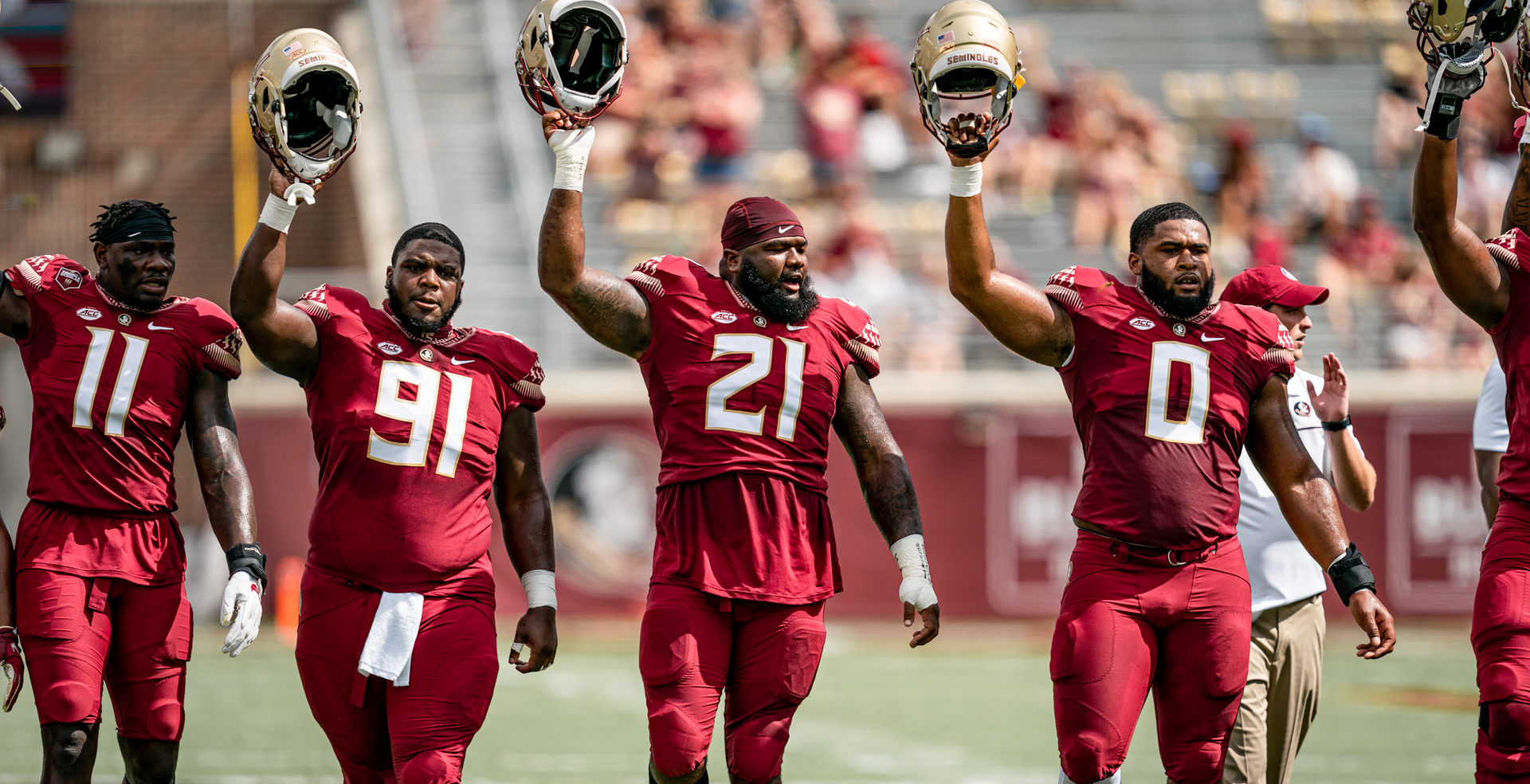 The Mike Norvell era at Florida State got off to a less than promising start on Saturday.

FSU was unable to hold a 10-point lead in a 16-13 loss to Georgia Tech. The Yellow Jackets went just 3-9 last season, but got year No. 2 under Geoff Collins off on the right foot.

Despite the loss, there were some Seminoles who performed admirably. In a piece we call “Game Balls”, Fifth Quarter’s FSU staff of Mike Ferguson, Cory Thorpe and Jacob Bunting select which players were deserving of a game ball in each phase of the game.

Mike’s Game Ball: Camren McDonald, TE
As a whole, the Florida State offense left plenty to be desired, but tight end Camren McDonald did have a career day. McDonald caught four passes for 41 yards in Saturday’s loss. His leaping 27-yard reception of the team’s opening drive set up the Seminoles’ only touchdown of the day.

Cory’s and Jacob’s Game Ball: Jashuan Corbin, RB
A Texas A&M transfer, Jashuan Corbin led FSU in yards from scrimmage in his debut. In addition to 18 rushing yards, Corbin was FSU’s leading receiver with a game-high eight catches for 55 yards — both career-highs.

Unanimous Game Ball: Asante Samuel Jr., CB
For the early parts of the game, the FSU defense bent, but did not break. Asante Samuel Jr. was a big reason why. Samuel finished with two interceptions and 69 interception return yards. Samuel becomes the first FSU player to record multiple interceptions in a game since Levonta Taylor against Florida in 2017.

Unanimous Game Ball: Marvin Wilson, DT
One of the few bright spots for Florida State on Saturday was special teams. A big reason for that was the play of senior defensive tackle Marvin Wilson. Wilson blocked a pair of first-half field goal attempts to keep Georgia Tech off the scoreboard. Defensively, Wilson recorded three tackles.