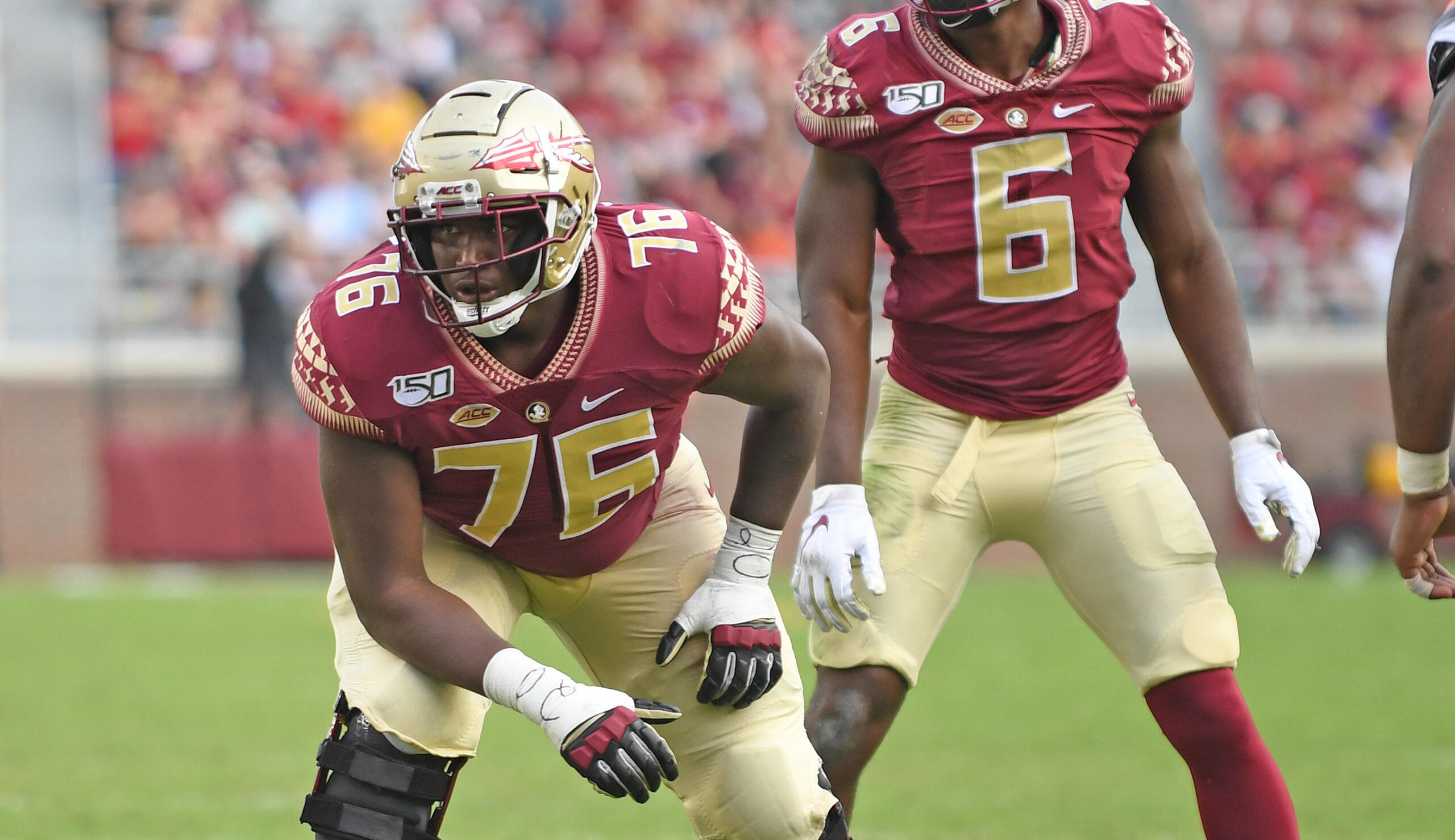 When you finish the year ranked 129th out of 130 FBS teams in offensive line efficiency, you have nowhere to go but up.

Florida State’s offensive trenches were nothing short of abysmal in 2019. The unit gave up the 11th-most pressures, fourth-most sacks, and allowed the 20th-highest pressure rate.

Unfortunately, a group who performs that badly doesn’t magically become an asset over one offseason, but there is reason to believe that the Seminoles have the personnel to be serviceable this year.

Improving the offensive line starts with bringing in developed transfers. First-year head coach Mike Norvell and company quickly signed Florida International transfer Devontay Love-Taylor, and he has earned the start at right tackle. Love-Taylor is easily the best offensive lineman on the roster currently, and will be a dependable player if he can stay healthy.

Backing Love-Taylor is true freshman Robert Scott. It’s never great to have a freshman in the rotation when it comes to the line, but Scott has emerged as a solid tackle and will gain valuable experience as a rotational lineman.

At left tackle is redshirt freshman Darius Washington. He is a potential breakout candidate this year, and has been praised by the staff for his work ethic. He had shoulder surgery in the offseason, and as a result, his strength training was limited. His technique has made up for the lack of strength at this stage in his development, earning him the starting job.

Behind Washington is redshirt sophomore Chaz Neal. Neal has the size and physical ability to be a good blocker, but his technique still needs improvement.

A surprising starter emerged at right guard coming out of fall camp: Baveon Johnson. The move makes sense for the redshirt senior, as he has struggled snapping the ball with consistency. He possesses the strength to be a solid starter at guard, so the staff seems to have put him in the best position to succeed.

At the No. 2 right guard spot is Brady Scott. Scott has been inconsistent in his career but is a serviceable backup.

Dontae Lucas has earned the start at left guard. The sophomore was Florida State’s highest-graded lineman last year as a true freshman, so it’s no surprise he is a lock to start. He’s had to rehab a leg injury over the offseason, but seems to be rock solid for the season opener.

In rotation behind Lucas is true freshman Thomas Shrader. The offensive staff has praised Shrader’s maturity and has been optimistic about his abilities as a freshman.

With Baveon Johnson moving to guard, Maurice Smith has earned the starting job as center. Smith showed promise last year in limited playing time, and he’s had an entire offseason to develop.

Redshirt senior Andrew Boselli has earned the backup center spot, and offers nice depth at both center and guard.