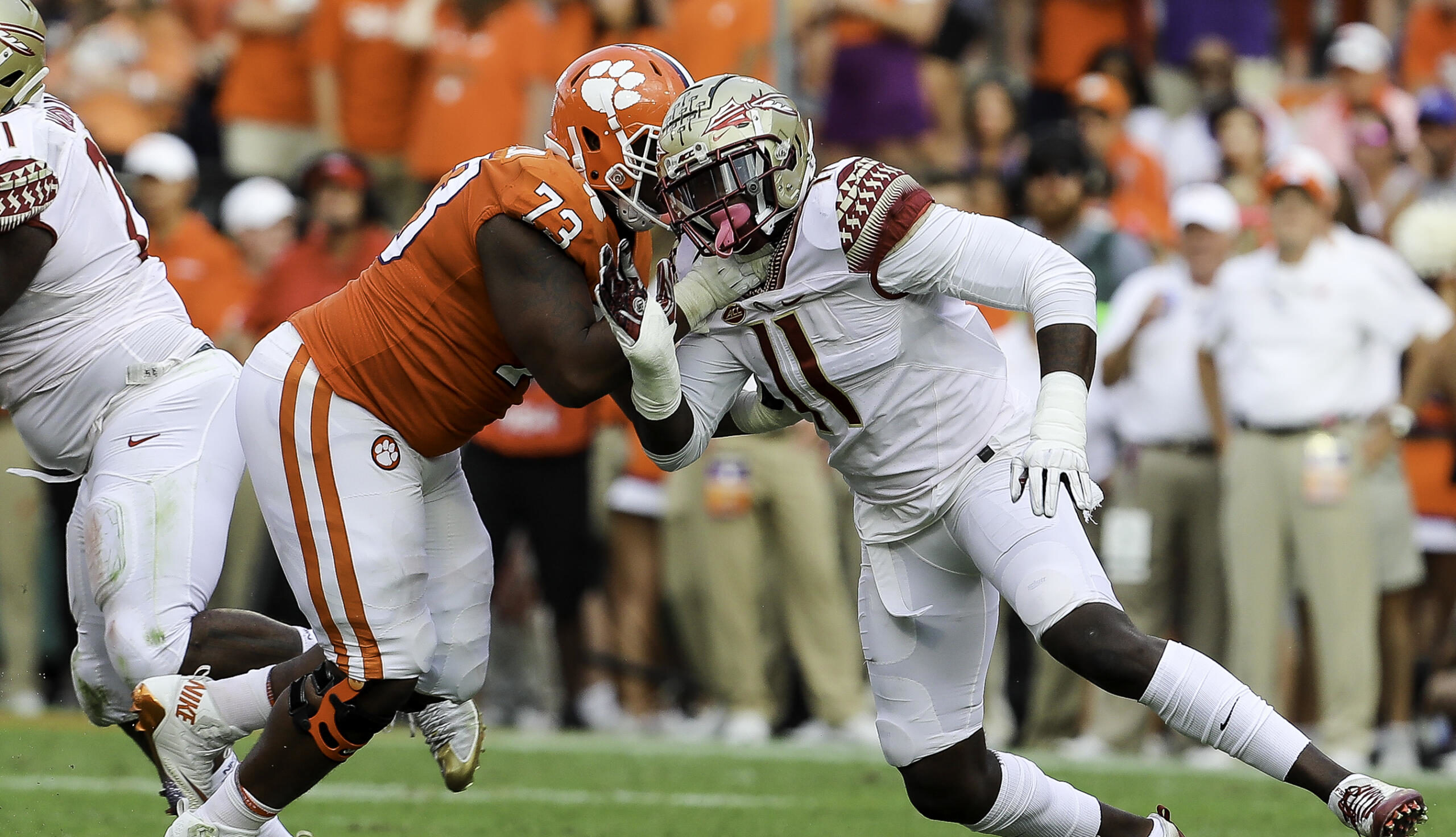 Less than one month separates us from Florida State’s season opener against Georgia Tech.

The Seminoles are coming off consecutive losing seasons as they usher in a new era under head coach Mike Norvell. Before FSU begins things against the Yellow Jackets, we look back on some notable performances from players on the current roster.

Below is a look at the FSU player who has the highest single-game total for each major defensive category. Many of these players will be hoping for similar performances in 2020.

Janarius Robinson — 4 vs. Clemson (Oct. 12, 2019) and Joshua Kaindoh vs. Delaware State (Nov. 18, 2017)
There are two players on the roster with four tackles for loss in a game for Florida State. On Senior Day 2017, Kaindoh accomplished the feat as a freshman with four sacks in a 77-6 win over Delaware State. Despite being suspended for a half last season against Clemson, Kaindoh racked up four tackles for loss in the second half of a 45-14 loss.

Six players with 1
Florida State doesn’t have a player on the roster with more than one interception in a game. The Seminoles do however, have six players who have an interception. They are Nasirildeen, Emmett Rice, Asante Samuel Jr., Cyrus Fagan, Isaiah Bolden and Carlos Becker. The last FSU player to record multiple interceptions in a game was Levonta Taylor, who had two against Florida in 2017.

Hamsah Nasirildeen — 2 vs. Boise State (Aug. 31, 2019)
Over the first two games of his junior season, Florida State’s Hamsah Nasirildeen tallied three forced fumbles. Two of those came in the opener against Boise State. The first came on the opening drive and set up FSU’s first touchdown of the year.

10 players with 1
Florida State doesn’t have a player who has recovered multiple fumbles in a game, but it does have 10 players who have recovered a fumbled. They are Robinson, Nasirildeen, Fagan, Rice, Jaiden Lars-Woodbey, Amari Gainer, Marvin Wilson, Dennis Briggs Jr, Robert Cooper and DeCalon Brooks.