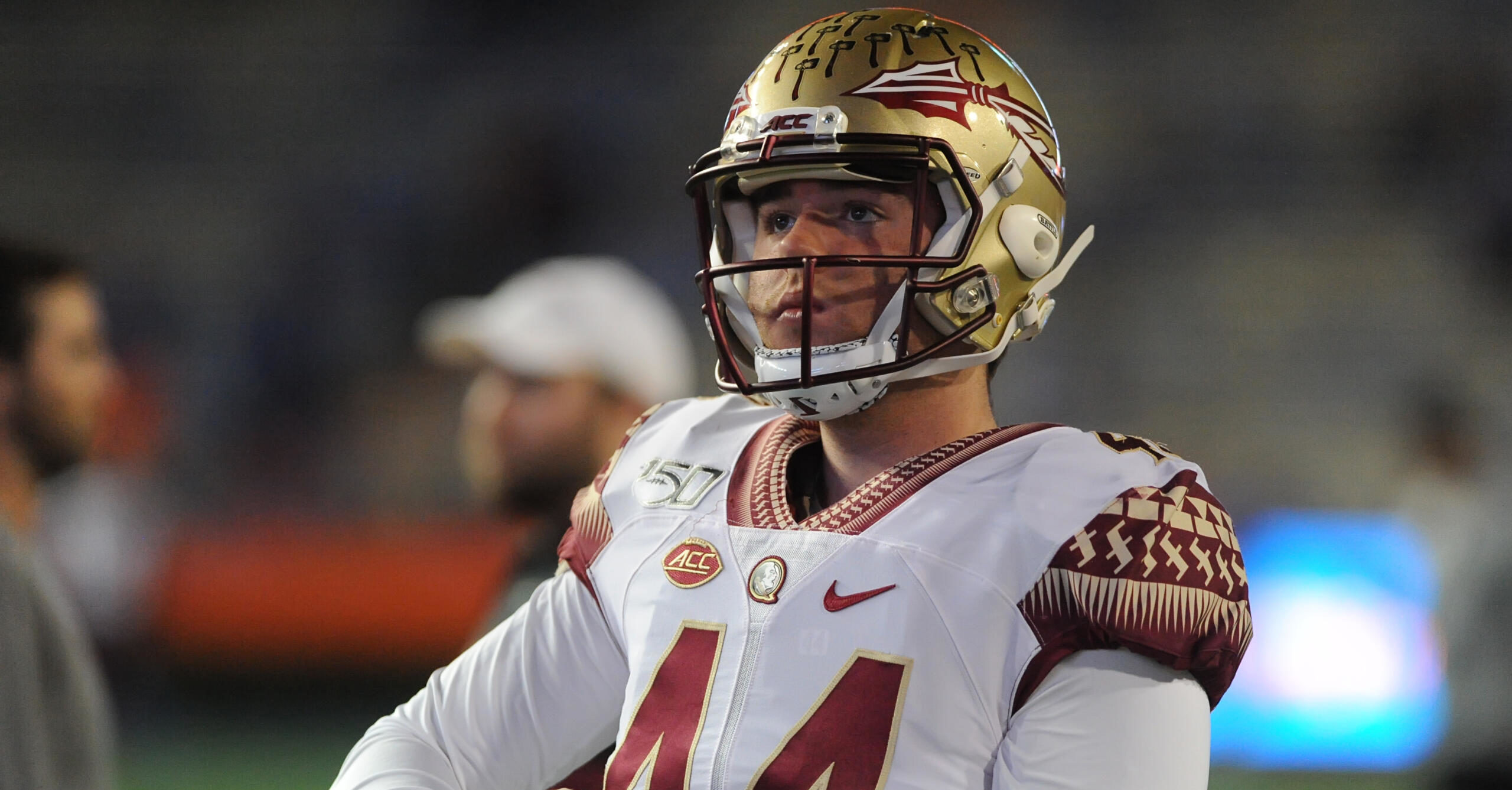 With the Big Ten and Pac-12 electing to cancel seasons on Tuesday, the college football season seems to hang in the balance. For the time being, the ACC looks to try to make a season happen.

As for Florida State, it is coming off consecutive losing seasons. The Seminoles finished 6-7 last year after missing a bowl for the first time since 1976 the year prior. In a series examining the different position groups for FSU, we begin with the most overlooked phase of the game.

Florida State’s special teams is coming off a rough year. Ranked in the bottom half of the country, there was a lot to be desired in the unit’s performance. A new year brings new players, in addition to a new coach who emphasizes special teams.

Let’s take a look at the crew new head coach Mike Norvell will have to work with.

Last year saw the team’s starting punter Logan Tyler suspended before ultimately transferring. With 12 games left in the season, walk-on punter Tommy Martin was tasked with handling punting duties. He saw plenty of practice, as he punted the ball 70 times in 2019. Martin performed fairly consistently, ending the season with an average of 39.2 yards per punt.

After landing in Tallahassee, Norvell wanted to get a scholarship punter on the roster. He found what he was looking for in true freshman Alex Mastromanno. The Australian native is a multi-sport athlete who played Aussie rules football, tennis, and ran track. Mastromanno has a powerful leg and looks to compete heavily with Martin for the starting role.

It has been eight years since an Aguayo has not been handling field goal kicking. Ricky Aguayo has graduated, leaving redshirt freshman Ryan Fitzgerald to assume the open role. Fitzgerald has a lot of hype surrounding him, as he held numerous Georgia state records upon his graduation from high school.

Redshirt junior walk-on Parker Grothaus handled kickoff responsibilities in 2019. It is currently unclear if he will handle kickoff duties or if Fitzgerald will take over. Grothaus has the leg for it, averaging 62.3 yards per kick on 60 kickoffs.

With kick returner Tre’Shaun Harrison no longer on the roster, look for true freshman running back Corey Wren to step into the rotation. An explosive runner, Wren runs a 10.41-second 100-meter dash, and has experience returning kickoffs and punts in high school.

Senior DJ Matthews will likely handle punt returning duties. He has averaged 10.4 yards per return in his career, showing flashes of potential. Another player who looks to get into the mix is redshirt freshman Travis Jay. Jay possesses a unique athleticism and could be a game-changer at the position.

Grant Glennon will continue long-snapping duties for the Noles. The Tallahassee native has been dependable with snaps as the starter for the past two years. Redshirt sophomore Garrett Murray will likely be his backup.

In 2019, his special teams at Maryland ranked 11th in ESPN’s efficiency rankings, and were one of only four Power 5 squads to have both kickoff and punt returns for touchdowns. The Terrapins were 11th in the country in yards per punt return (13.67), and 17th in yards allowed per punt return (4.00).

His special teams unit will be under a lot of scrutiny by the fans, as it has been a weak point for the team during the past few seasons. However, the Seminoles are in good hands. If anyone has the credentials to right the ship, it’s Papuchis.