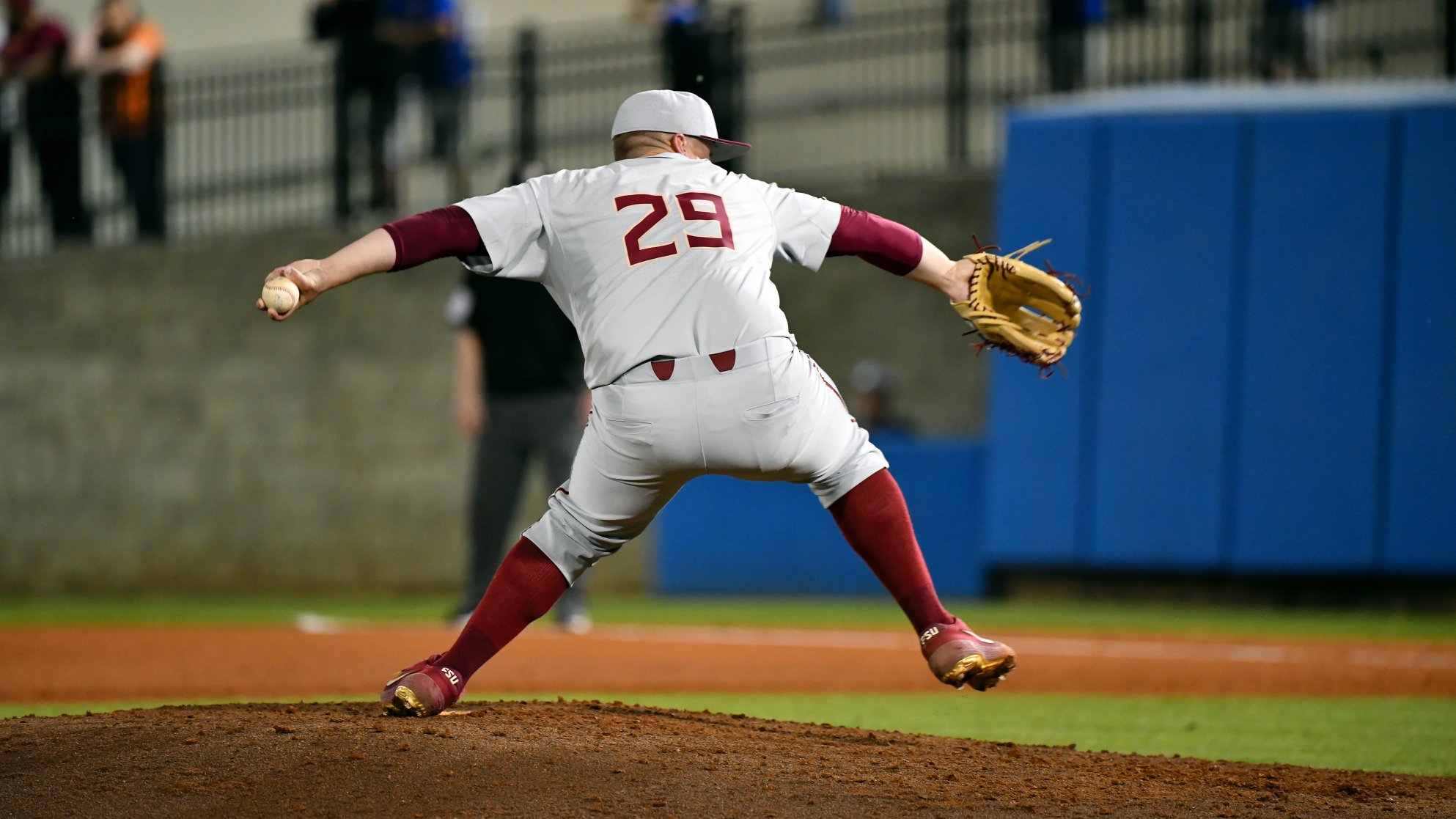 Messick was arguably FSU’s best pitcher out of the bullpen, allowing only one earned run in 11.2 innings. The left-hander from Plant City was also pivotal in ending FSU’s 11-game losing streak against No. 1 Florida. He earned his first career save by pitching the final three innings and striking out seven batters, allowing only two hits. In his FSU debut, Messick earned his lone win of the season, pitching a scoreless inning against Niagara.

Simmons proved to be a solid hitter, hitting .378 over 37 at-bats, with four doubles and seven RBIs in 11 starts. The Jacksonville native appeared in 13 games and ended the season on a 4-game winning streak. He split his time between designated hitter and first base positions, but also made three appearances on the mound. In his debut against Niagara, he struck out a pair of batters to help the Noles coast to an 11-1 win. A feel-good story, Simmons has overcome his lymphoma diagnosis from last year to make an impact for the Noles.

Martin, son of head coach Mike Martin Jr., started 15 of 17 games and appeared in all 17. The local prospect from Tallahassee hit .310 with five doubles and 13 RBIs in his 58 at-bats. His 16 walks ranked 22nd nationally, and his five doubles and a triple led the team. Martin ended the season with 18 hits, 17 runs scored, and 13 runs batted in, reaching base at a .481 clip. He shined against No. 3 Texas Tech with a season-high three hits, and provided the walk-off single to hand Mercer its first loss of the season.

WHAT COULD HAVE BEEN

The players named Freshman All-Americans contributed to what should have been Mike Martin Jr.’s first NCAA Tournament run as Florida State’s head coach. The Noles finished at 12-5 on the season (1-2 ACC), landing at 16th in the Coaches Poll. Martin Jr.’s team also accomplished the upset over No. 1 Florida, ending the 11-game losing streak to the Gators. On March 17, 2020, the ACC canceled the remainder of the season due to the ongoing coronavirus outbreak.