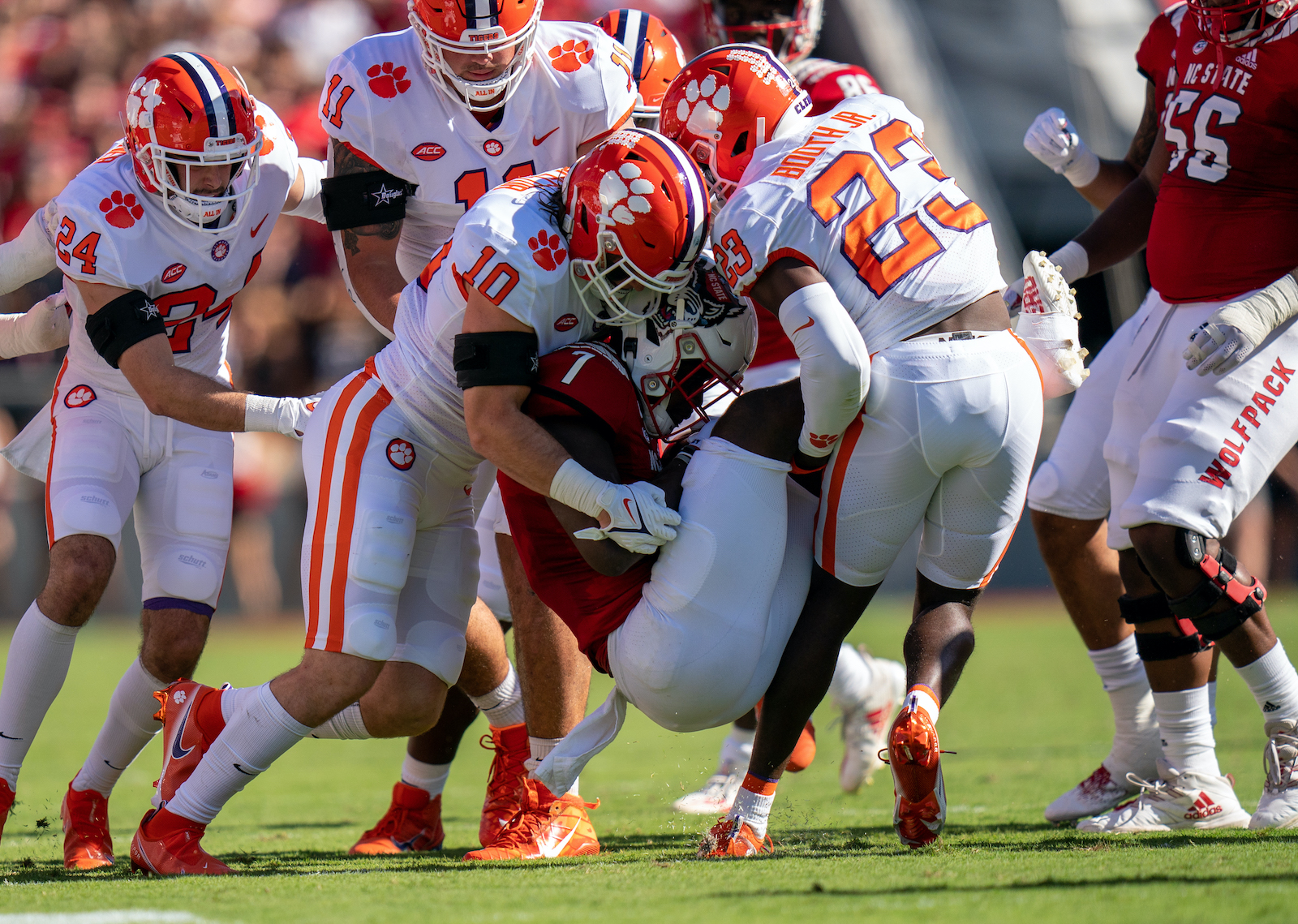 In the offseason, we told our 50,000 Twitter followers on CFBHome that we deserve a 2007-type season.

With all that we went through with the shortened 2020 COVID-19 season, college football fans deserve some chaos. Outside of Alabama and Georgia, we are getting exactly that.

The Clemson Tigers are entering Week 6 of the season unranked in the AP Poll. It’s the first time since 2014. In Week 5 alone, we had nine ranked teams lose.

For those who do not find this chaos exciting, college football may not be for you. In what will be a 2-part series, we’ll look at college football’s pleasant surprises and huge disappointments through five weeks.

We started with the schools vastly exceeding expectations. We conclude with those coming up well short of expectations:

It is still possible for Clemson to right the ship, and win the ACC for the seventh straight time. The Tigers started the season with a hard-fought 10-3 loss to now No. 2 Georgia. Since that game, the Tigers have been in a dog fight against every single FBS opponent.

Every game they have played against a FBS opponent has been decided by one possession. The good news is that the defense has only given up five touchdowns in five games. The offense however, can get nothing going. At 3-2, Clemson is likely already out of the College Football Playoff race.

Clemson lost to NC State, which also creates an uphill climb to an ACC crown. The Tigers are off this week and will have Syracuse next Friday.

With head coach Manny Diaz in his third season, 2021 was supposed to be the year that Miami broke out. The Hurricanes started the season as No. 14 in the AP Poll and received 28 first-place votes to win the ACC Coastal, according to the media.

Instead, the Hurricanes have started 2-3 and have still yet to beat a Power 5 team. The lone victory over FBS competition required a last-minute field goal to escape falling at home to Appalachian State. Diaz is 16-13 so far in his tenure at Miami and his seat gets a little warmer each day.

Nobody likes Paul Finebaum. When it comes to Iowa State however, he’s right.

Fresh off a banner season, Iowa State began the season about where it finished in 2020 — in the top 10. The Cyclones opened the year by narrowly defeating FCS Northern Iowa.

Since then, the Cyclones have lost to both rival Iowa and Baylor. Entering the midway point of the season, Iowa State still doesn’t own a victory over a school that has defeated an FBS team.