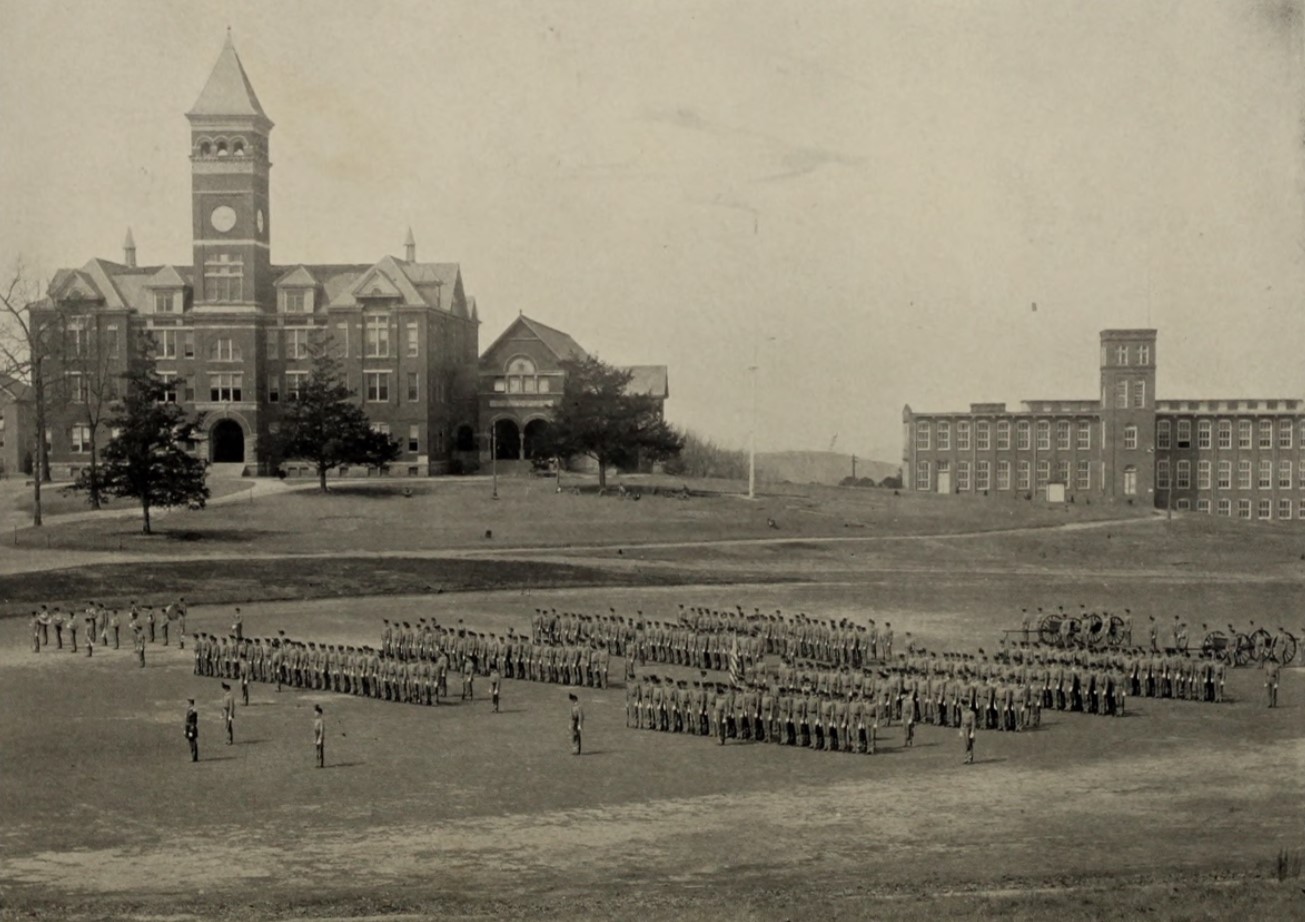 To anyone on the outside looking in, the mascot of “Fightin’ Tigers” is just another mascot. For Clemson however, it is far more.

Clemson University has one of the richest military histories in the country. Since its founding, Clemson — or so it was known as The Clemson Agriculture College — has worked hand in hand with the U.S. Armed Forces.

This relationship has garnered Clemson much fame and recognition for its military heritage. It all started with the famous class of 1917.

For the first time of the new millennia, the United States entered a conflict on foreign soil. President Woodrow Wilson had declared war on Germany and the rest of the Central Powers forces. In a step that would immortalize these brave men, the entirety of the CAC class of 1917 enlisted en masse to contribute to the war effort.

In total, 1,549 men would serve their country — 25 of which would pay the ultimate sacrifice. Following the war, CAC continued its run of producing the best and brightest for the United States Armed Forces. It’s a run that would prove to be ever more significant.

The Clemson Agriculture College produced a total of 6,475 Army-commissioned officers that would serve during World War II. It was an amount second only to Texas A&M in the same time span.

Unfortunately, World War II would be the deadliest conflict in Clemson history as 370 alumni were killed in action. One of which was Lieutenant Colonel Aquilla James Dyress. “Jimmy” was killed in action on Feb. 2, 1944. Yet his actions one day will live on forever.

On Feb. 1, 1944 Dyress was a part of a six-man team that came under heavy enemy fire. Pinned and surrounded on three sides, they sustained immediate casualties. Dyress made the selfless and valorous act of single-handedly clearing a path and providing covering fire to help extract the five other Marines.

“We were certain to be killed,” said Cpl. Frank Pokrop, braving the heavy fire. “…[He] got us all out”.

It was not until 1955 that Clemson would become a full university. The school board voted to drop the historic Corp of Cadets and in 1969, the Basic ROTC program was no longer mandatory.

Since that that time, Clemson University has seen its time as a military school fade away as the only active Armed Forces contributions Clemson partakes in are Detachment 770 and Army ROTC.

In 1889, Thomas Green Clemson set out to create an agriculture and military institute in the foothills of South Carolina. Since then, 491 brave men and women have paid the ultimate sacrifice in service of their country. Their names are forever engraved in Clemson’s Scroll of Honor, which is located east of Memorial Stadium.

As we celebrate Memorial Day, we look at those names and thank each and every one of them. For they are Fighting Tigers.