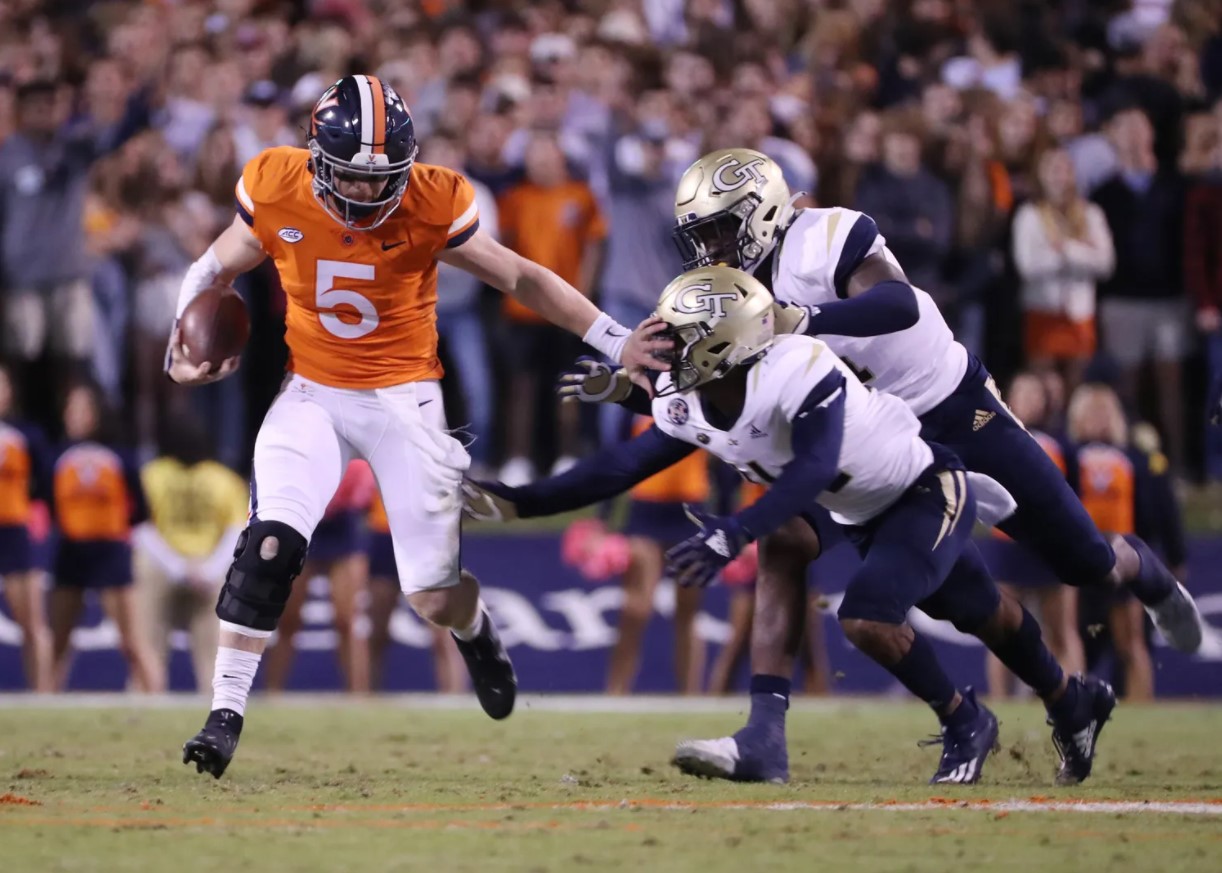 Welcome to the first of several articles going over the preseason win totals for all 131 FBS teams.

Thanks to Playoff Predictors for being a free site that allows each and every game to get picked. To ensure that we didn’t just blindly choose overs or unders, all 131 teams had their schedules picked.

All Power 5 win totals and odds are from June 13, so not all odds listed may be current. Group of 5 odds are not yet widely available at multiple sportsbooks, so those articles will get started whenever those odds are released, but the games have been picked.

Where sportsbooks had differing win totals, the combination of odds with the lowest hold was kept, because sports bettors usually look for the lowest holds before looking at any prices or numbers.

For those unaware, the hold is however much over 100% each side of the bet adds up to. It’s how the sportsbooks win bettors’ money in the long run.

A lower hold is better for bettors. Anything below 2% is considered good, and a negative hold is great because it means the bet is skewed in the bettor’s favor.

The sportsbooks considered — due to having all, or very nearly all, of the Power 5 teams — were PointsBet, FanDuel, DraftKings, and Barstool.

Special thanks to Kelley Ford. We’ll be referencing some of his models that he’s posted to his Twitter (@KFordRatings).

We’re able to take the odds and turn it into expected return. Expected return means how much profit should be expected per $1 wagered if the models are correct.

By his own admission, they’re not perfect. And as the old saying goes, “all models are wrong, but some are useful.”

They’re an interesting piece of the puzzle worth considering, but do not take any of these opinions as gospel. It’s all in good fun and to acknowledge just how wrong we were at the end of the season.

We continue with the ACC Coastal:

According to Ford’s ratings, there is a 58% chance that the Hurricanes go over. This gives an expected return of $0.16 per $1 put on the over at DraftKings.

Toss-up games against Texas A&M, North Carolina, Virginia Tech, Virginia, Clemson, and Pittsburgh will decide if this one goes over. Miami just needs to go 3-3 in these toss-up games.

Because four of these are on the road, our confidence is only at one.

Ford’s ratings have the under with a 66% chance and expected return of $0.17 per $1 wagered on the under at FanDuel.

Like NC State, there are no games that look to be likely losses. The Cavaliers get lucky to avoid a regular season matchup with conference favorite Clemson.

Five of the first seven games on Virginia’s schedule are listed as probable wins, with a road matchup against Illinois and a home matchup against Louisville being the two early toss-ups.

Virginia ends with five toss-ups, though. The good news is four of the five are home contests.

Due to having seven toss-ups and models pointing towards the under, we’re at a low confidence of three. But with how many toss-ups are at home, we’re going to ride with the over.

Ford’s ratings have the over with a 61% chance and expected return of $0.31 per $1 wagered on the over at DraftKings.

For a team with a new quarterback, going 4-4 in toss-up games will be challenging.

We give North Carolina losses to Notre Dame, Virginia Tech, Miami, and Pittsburgh.

But between Appalachian State, Virginia, Wake Forest, and NC State, we think the Tar Heels get to exactly eight wins.

Ford’s ratings have the over at 76% with an expected return of $0.39 per $1 wagered on the over at Barstool.

The last four being road games might be difficult, but we think the Panthers get to nine wins.

Ford’s ratings have the under at 66% with an expected return of $0.13 per $1 wagered on the under at DraftKings.

Virginia Tech is our pick to surprise some people in the ACC. New coach Brent Pry salvaged a good class.

Even giving Virginia Tech a slip-up against a team it should beat like Georgia Tech, Duke, or Liberty, there are still seven wins on this schedule.

The Hokies get Miami and Virginia at home.

Ford’s ratings have the over at 43% with an expected return of $0.14 per $1 wagered on the over at FanDuel.

Much like Syracuse, we see two wins — Temple and North Carolina A&T.

Road trips to Northwestern and Kansas are certainly within reach. But even with a Clemson-less schedule, it’s hard to find conference wins.

The Blue Devils’ best shot will be a trip to Georgia Tech on Oct. 8.

Similar to Louisville, this was another one where books couldn’t agree on the number. All four books ranged from 3.5 to 5, but the lowest hold belongs to FanDuel and 4.5. The over is +135 and the under is -160 for a full hold of 4.1%.

Ford’s ratings have the under at 86% with an expected return of $0.40 per $1 wagered on the under at FanDuel.

Looking at this schedule, it’s hard to see how anyone other than the most ardent Yellow Jacket supporters could find five wins.

And then what? The non-conference schedule is Western Carolina, Ole Miss, UCF, and Georgia.

Generously, we see three wins at most.