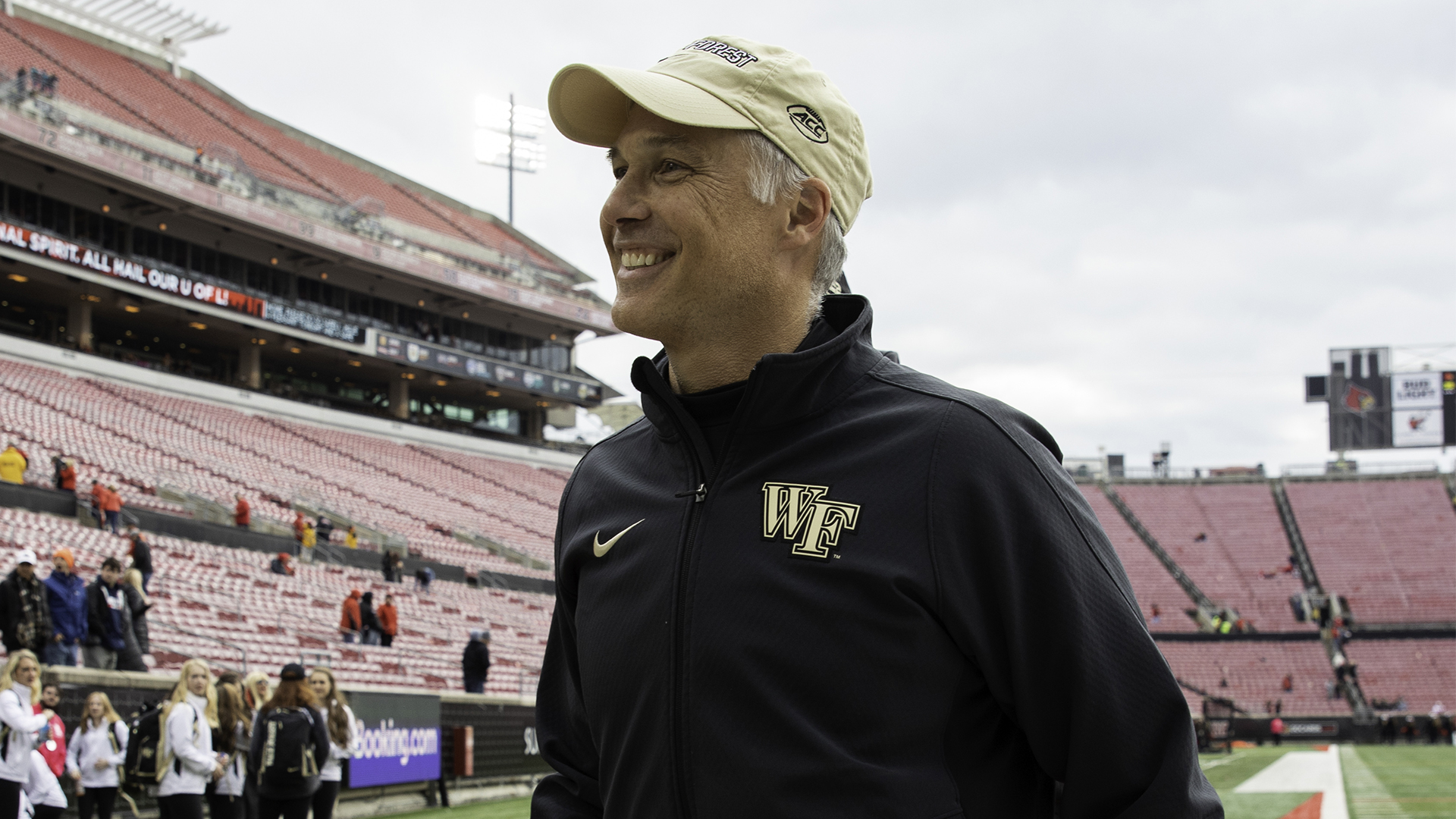 Growing up in the 1990’s and being an avid follower of ACC football, every team had terminology used to be described by opposing fans.

One term that stuck out most was “Weak Forest”. Back in the 1990s, Wake Forest couldn’t sustain consistent winning seasons, as majority of the decade was spent on the losing end.

Historically, Wake Forest football has seen more rain than sunshine. The Demon Deacons have only had 16 bowl appearances in more than 100 seasons.

In the 2000s, we saw a glimmer of hope for the program when Jim Grobe took over. Grobe won multiple bowl games, and even the ACC championship in 2006. No one thought Wake Forest would get lightning to strike twice, but that is what has happened under Dave Clawson.

What he is achieving with the Demon Deacons’ program is unthinkable.

Some will never realize how significant these achievements are for Clawson. The narrative of Wake Forest football is turning around under his leadership. While the Demon Deacons did not reach their goal of a conference championship this season, ACC opponents realize they will continue to be in contention as long as Clawson is there.

If the Demon Deacons can finish off Rutgers in the Gator Bowl, they will have a decent opportunity to finish in the AP top 15 with 11 wins. The highest that Wake Forest has ever finished in the AP Poll was No. 18 in 2006. It currently sits at No. 20.

While everyone is fretting about Clawson leaving Wake Forest, it’s not hard to envision him staying there for the rest of his career. This is something he can mold. When all is said and done, he could be a legend in Winston-Salem, N.C.

SHARE YOUR THOUGHTS: What are your predictions for the Gator Bowl between Wake Forest and Rutgers on Friday? What are your opinions on the job that Clawson has done at Wake Forest? We would love to see your comments below or consider joining our message board.