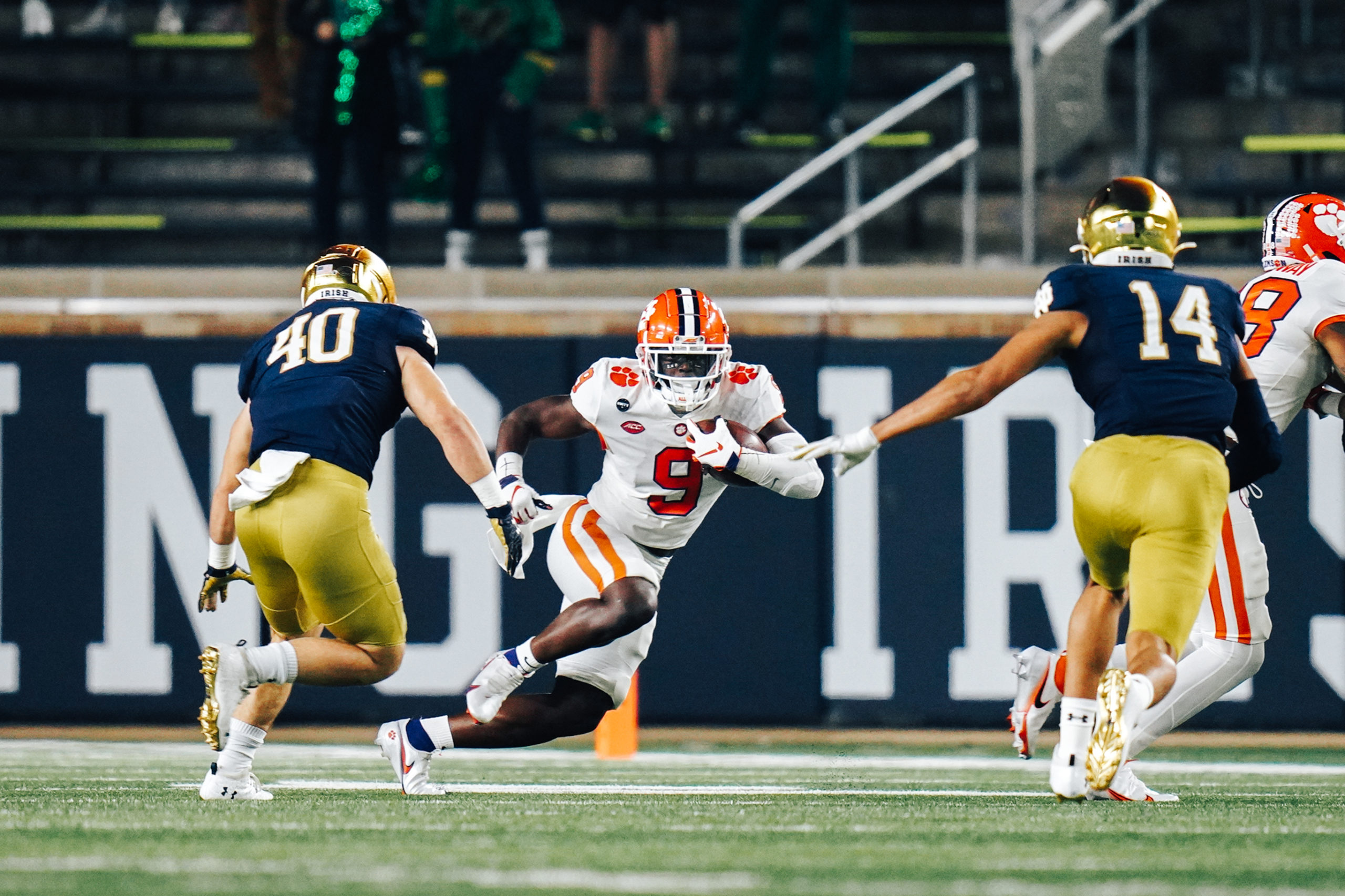 For the first time since 2017, the Clemson Tigers were defeated in a conference game. However, the rest of the division had results that were somewhat predictable.

Here is a breakdown of all the games involving ACC Atlantic teams from this past weekend:

It’s hard to draw a conclusion about Miami. The Hurricanes have the ability to play in shootouts or low-scoring field position battles depending on their opponent.

However, we do know that regardless, they keep winning. Friday night was no different as the Hurricanes rallied behind quarterback D’Eriq King to squeak past NC State.

King was phenomenal and ultimately the difference-maker in this game. He completed 31 of 41 passes for 430 yards, five touchdowns, and ran for an additional 105 yards on the ground. While the Wolfpack were not manhandled up front, the test of defending the dynamic senior quarterback was too much for the inexperienced defense to handle.

For NC State, Bailey Hockman played a solid game. He allowed his receiving corps, which is among the best in the conference, to utilize their talent.

However, he failed to maintain his performance down the stretch and that is when we remember that he is still a backup quarterback. NC State showed that it has the ability to compete in most games but Miami was simply better and more talented.

For Boston College, this was a case of the “Clemson effect”: a statistically proven trend that insists that ACC opponents always have one of their worst performances the week after playing Clemson. If you look at the score, that explains Boston College’s somewhat underwhelming showing.

However, even so, that can be somewhat misleading. The Eagles controlled the ball for a vast majority of the game; they ran the ball rather well, and Phil Jurkovec was super efficient. For Boston College fans, this ugly win shouldn’t be too concerning.

Syracuse seems to be stuck in a struggling state ever since that 10-win season in 2018. Still, the Orange have a future with their freshman signal caller JaCobian Morgan.

He was definitely shaky in this game but his mistakes were very typical for an inexperienced quarterback. If Syracuse is able to build more pieces around Morgan and protect him over the coming years, it can once again have a productive offense.

At this point, it is difficult to see a situation in which Florida State turns this into a successful season. The Seminoles have now lost their previous two games to teams in the bottom half in the conference by at least three scores.

Against Pitt on Saturday, the Seminoles were forced to use three quarterbacks. Starter Jordan Travis was taken out at halftime due to injury. In the second half, neither James Blackman nor freshman Chubba Purdy were able to lead a scoring drive.

We learned how clear it is that Purdy is not ready to lead the team. Florida State may have a long-term future with head coach Mike Norvell, but as far as 2020 goes, its chances at moderate production relies on Travis being healthy.

This was indeed the premier game it was hyped up to be. It was well-played on both sides. While this has cemented Notre Dame into the current playoff picture, the case can be made that Clemson belongs there as well. Assuming these two teams meet in the conference championship, a Clemson victory may result in two of the four playoff teams coming from the ACC.

Trevor Lawrence was obviously unavailable for Clemson, but the problems lay beyond the quarterback situation. DJ Uiagalelei actually broke Lawrence’s career-high for passing yards. It was the injuries on the defensive side that were the major factor. Additionally, the Tigers failed to get any run game going and gave up sacks in critical situations.

The biggest takeaway, however, is that Notre Dame was impressive. Defensive stars like Jeremiah Owusu-Koramoah and Kyle Hamilton played well as usual. The difference was quarterback Ian Book having a career day.

Often criticized for being a game manager, Book made plays to win the game for the Irish this past Saturday. That included a late 91-yard scoring drive that ultimately forced overtime. If Book can continue these performances, Notre Dame is a true championship contender.