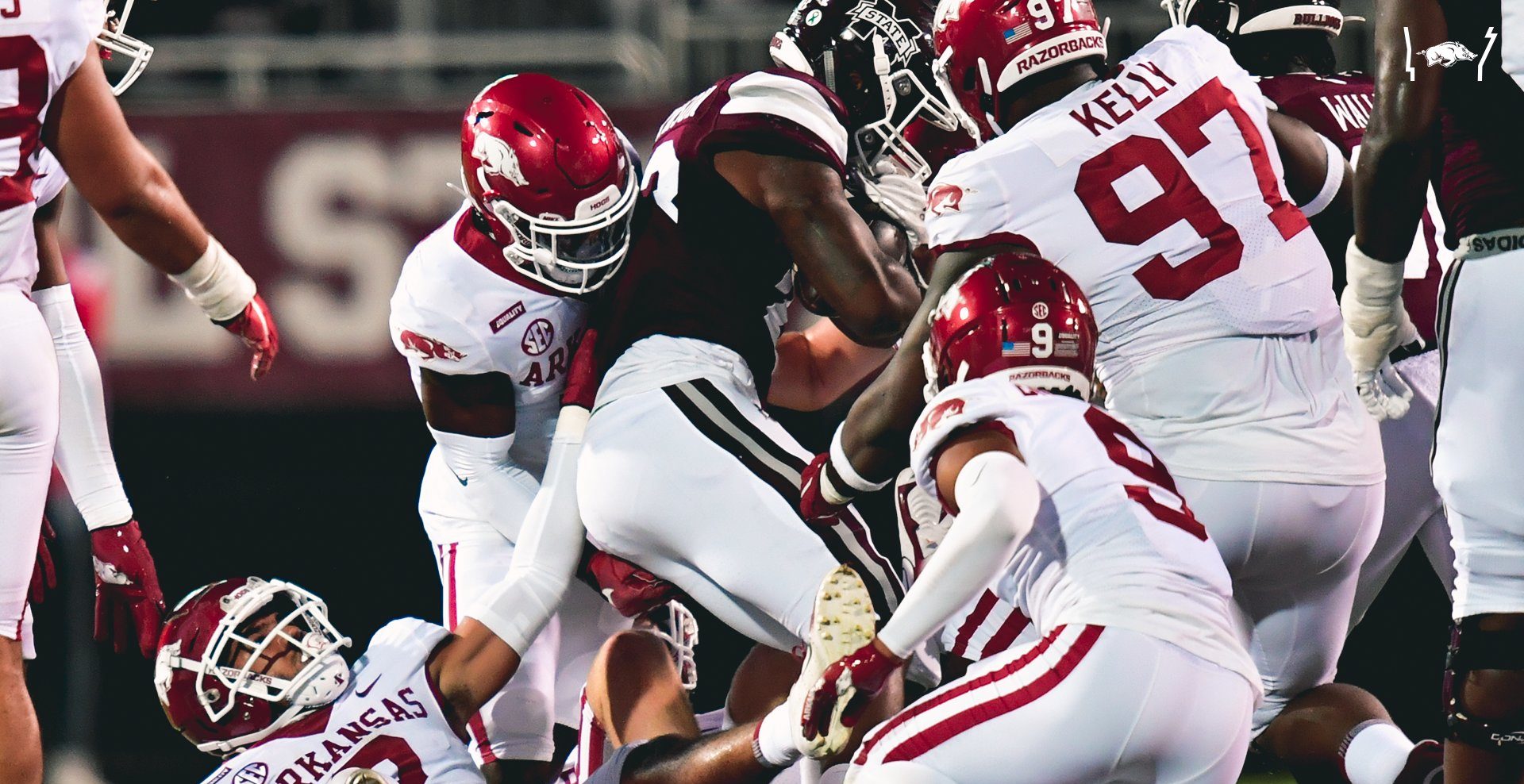 We are now five weeks into this weird and wacky 2020 college football season.

After yet another memorable week of college football, it’s time to rank our weekly top five performing teams.

The NC State Wolfpack have had quite the back and forth start to the season.

After opening the year with a big home win over Wake Forest, and following it up with a blowout loss on the road to Virginia Tech, the Pack came in seeking an upset of the 24th-ranked and undefeated Pittsburgh Panthers.

This was the first start of the season for quarterback Devin Leary. Leary missed NC State’s opener against Wake Forest after recently being released from quarantine. Last week, he came in relief of Bailey Hockman in the loss at Virginia Tech.

NC State ended up pulling out the victory in a back-and-forth one, defeating the Panthers, 30-29. The deciding moment wasn’t until 23 seconds remained. That’s when Leary hit Emeka Emezie for a 13-yard touchdown pass to put the Wolfpack up and seal the upset win over Pittsburgh.

NC State went 80 yards with 1:38 left and no timeouts in order to take home the victory. Making the performance from head coach Dave Doeren’s squad even more impressive was the day Leary had. Leary finished the day completing 28 of 44 passes, totaling 336 yards and four touchdowns.

Another year, another win for the Iowa State Cyclones over Oklahoma.

This year however, was the first one in Ames. Matt Campbell and company got a big upset win over the 18th-ranked Sooners on Saturday, winning by a final score of 37-30.

After a back-and-forth fiasco, Breece Hall sneaked into the end zone on an 8-yard touchdown run, putting Iowa State up for good, 37-30. Isheem Young then intercepted Spencer Rattler’s pass on the ensuing Sooners drive, sealing the upset victory for Iowa State.

Quarterback Brock Purdy threw for 254 yards and rushed for a touchdown in the Cyclone win. Jack Trice Stadium filled the limited capacity at 13,724, making the win in front of fans even that more special.

Meanwhile for the Sooners, it’s a rough time in Norman. Lincoln Riley’s club dropped to 1-2, falling in back-to-back games for the first time since 1999 — Bob Stoops’ first season in Norman.

The Tulsa Golden Hurricane may go ahead and name themselves the 2020 national champions. After snapping UCF’s 21-game home winning streak, head coach Phillip Montgomery and company are riding quite the high wave. Tulsa went into Orlando and defeated the UCF Knights, 34-26.

It’s the first home loss for UCF since 2016, which also came in the hands of Tulsa. Forcing three turnovers would end up being the difference in the game. Tulsa ended up erasing an 18-point deficit to upset the 11th-ranked Knights.

The Golden Hurricane was also down 11 points at the half — the same as last year’s game. Last season, Tulsa overcame the deficit to beat UCF, 34-31. A similar narrative took place Saturday night. Quarterback Zach Smith threw for three Tulsa touchdowns in the win.

The Golden Hurricane are now 1-1 on the season, and will now look to make some noise in a very deep American Athletic Conference.

Gary Patterson and the TCU Horned Frogs are somewhere Texas can not say it is this year — back.

OK, yes, different narrative. The Horned Frogs went into Austin on Saturday and picked up a huge in-state road conference win over the ninth-ranked Texas Longhorns, 33-31.

Wow, what a game. TCU quarterback Max Duggan was tremendous in this one. Duggan found the end zone for the go-ahead touchdown to put the Horned Frogs up, 33-29. Back down came Sam Ehlinger and the Longhorns, looking to repeat their Texas Tech miracle. The Horned Frogs however, had other plans.

TCU stripped Keaontay Ingram as he was heading into the end zone to preserve the upset win for Frogs. Patterson and company improved to an impressive 7-2 against Texas since joining the Big 12 in 2012.

Meanwhile for Texas, the woes continue for Tom Herman and company. Texas is still searching for that signature moment to officially claim it is back.

Ah yes, we’ve made it to our No. 1 team of the week for Week 5. Who is it? You guessed it. The fighting Sam Pittman-led Arkansas “Woo Pig Sooie” Razorbacks.

What a first win for Pittman and company at Arkansas. A week out from upsetting the LSU Tigers in Death Valley, the 16th-ranked Mississippi State Bulldogs overlooked the Razorbacks a tad too much. Arkansas came into Starkville and pulled off the upset over the Mike Leach-led Bulldogs. Those two weeks for the Bulldogs are 2020 in a nutshell.

The Razorbacks snapped a 20-game losing streak to SEC teams, dating all the way back to 2017. It was also the longest losing streak Arkansas had against AP top-25 opponents, as the Razorbacks hadn’t beat a ranked squad in 15 tries.

Arkansas picked off Bulldogs’ quarterback K.J. Costello three times, while Florida transfer and Razorbacks’ quarterback Feleipe Franks played a heck of a game. The graduate transfer was 20-for-28 passing for 212 yards.

It’s safe to say that Pittman and the Razorbacks have the conference on notice. The projected bottom feeders in the SEC look to make some noise in the SEC West.