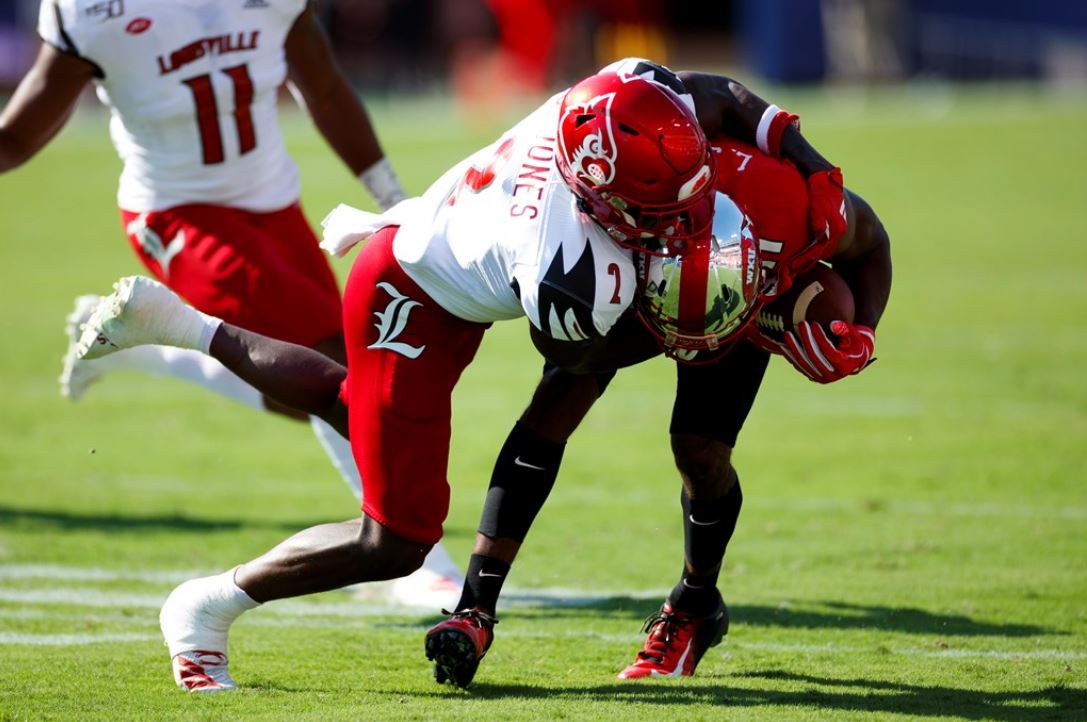 The ACC will be the first major conference to kick off in 2020. That begins with a Thursday night match-up between Miami and UAB.

Overall, there will be seven games this week involving ACC schools, including four conference contests.

Match-up to watch: UAB’s pass rush vs. Miami’s offensive line
UAB’s defense was third in the nation in third-down stops and 11th in sacks in 2019. UAB had two sacks and held Central Arkansas to 6 of 13 on third down in its season opener. Expect UAB to improve those numbers with starters playing more.

Prediction: Miami, 28-20
Expect Miami to look sluggish with this being the first game. UAB is looking forward to the spotlight Thursday night. The difference in this game will be turnovers.

Match-up to watch: Andre Cisco vs. UNC’s 3-headed monster at receiver
Syracuse’s Andre Cisco is arguably the best safety in the ACC entering 2020. The Syracuse defense struggled last year, giving up the explosive play and it is not ideal to open the year against one of the most explosive offenses in the country. North Carolina quarterback Sam Howell can sling the rock, but the three receivers he has in Dazz Newsome, Dyami Brown, and Beau Corrales, will be the key to this game. If Syracuse wants to slow this Tar Heel offense down, Cisco needs to be everywhere on the field.

Prediction: North Carolina, 38-20
Expect UNC to score points. Quarterback Tommy Devito is good enough for Syracuse to keep the Orange in this one for a while.

Match-up to watch: Duke’s defensive front vs. Notre Dame’s offensive line
This is a strength-on-strength match-up for these two teams. Duke is lead by Victor Dimukeje and Chris Rumph II up front. Those two talented defensive ends totaled 15 sacks in 2019. If Duke wants to have a chance against this talented Fighting Irish team, it will need to stop the run and put pressure on quarterback Ian Book.

Prediction: Notre Dame, 31-17
Expect Duke’s offense to take a huge step forward from last season with Clemson graduate transfer quarterback Chase Brice under center and head coach David Cutcliffe taking over the play-calling responsibilities. However, the Blue Devils do not have the talent to hang with this top-10 Irish team. Expect Duke to stick around, but Notre Dame is too good.

Match-up to Watch: FSU’s Tamorrion Terry vs. Georgia Tech’s Tre Swilling
This game will be a must-watch for many reasons, but this incredible receiver vs. defensive back match-up is one to keep an eye on. Terry is the Seminoles’ best receiver. He recorded 60 receptions for 1,188 yards and nine touchdowns in 2019. If Georgia Tech wants to pull off the upset, it will have to limit Terry from the big plays. Thankfully for the Yellow Jackets, they have junior Tre Swilling. Swilling is a talented cover corner, who is an under-the-radar player in the ACC.

Prediction: Florida State, 28-14
Georgia Tech is headed in the right direction under second-year head coach Geoff Collins, but Florida State is just too talented. Expect Florida State to be active on defense and for defensive tackle Marvin Wilson to have a big day.

Match-up to Watch: Austin Peay’s CJ Evans Jr. vs. Pitt’s run defense
Austin Peay has the benefit of playing a game already in 2020 and it kicked off the season with a 75-yard touchdown run on the first play of the game by running back CJ Evans Jr. Evans is the Governors’ explosive back, who if given the opportunity, can make you pay. Pitt returns one of the best defenses in the country, so it will be interesting to see if the Panthers can limit the big plays that plagued the defense last year.

Prediction: Pitt, 28-10
Pitt tends to play down to its opponents. Expect it to start slow in this one. Austin Peay will benefit from having a week off after playing a game in 2020. Don’t be shocked if Evans breaks a big run or two for the Governors, but Austin Peay won’t be able to move the ball consistently enough to pull the upset.

Match-up to watch: Wake Forest’s Carlos “Boogie” Basham vs. Clemson’s offensive line
Boogie Basham decided to return for his senior season though he was a projected first- or second-rounder in the 2020 NFL Draft. Basher is one of the ACC’s best pass rushers. He will get the opportunity to showcase his skills in prime time against this talented Clemson offensive line.

Prediction: Clemson, 42-17
Wake Forest is the only home underdog this week in the ACC. The hefty spread is shocking. Clemson will win big, but not as big as the hefty spread would suggest.

Match-up to watch: Western Kentucky’s Gaej Walker vs. Louisville’s run defense
Gaej Walker may be the best running back on the field Saturday. That is saying a lot, considering how talented Javian Hawkins is for the Cardinals. Last year, Walker ran for 1,208 yards and is a threat out of the backfield in the screen game. Louisville struggled against the run last year, giving up an average of 206 yards and two touchdowns per game on the ground.

Prediction: Louisville, 34-21
The Hilltoppers are a talented team, but Louisville’s offense will be tough to stop. Given the familiarity with Western Kentucky, Louisville won’t be caught off guard.