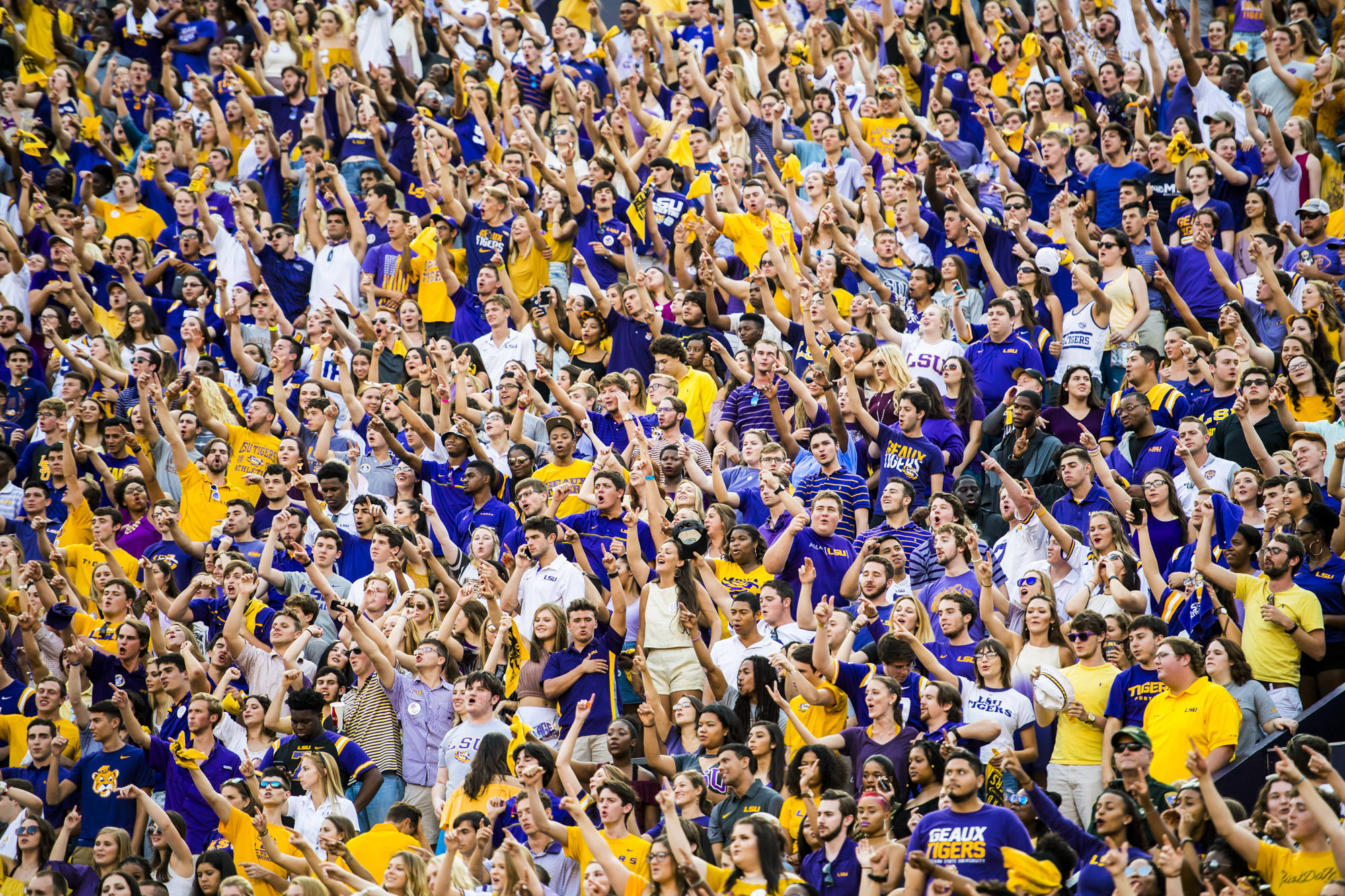 In the final part of our series, we count down the five best places to spend a college football Saturday:

Is there a better place to dance to “Jump Around”? No. No, there isn’t. And Madison, Wisconsin in general is just a great place to spend any evening. Now concentrate Madison on Camp Randall Stadium and you’ve got yourself a college football Saturday. If you’re planning a college football road trip, it isn’t complete until you’ve checked off Camp Randall in Madison when the Badgers are at home.

Any game day that involves a man riding a horse to midfield and planting a flaming spear in the ground deserves a spot on this list. Osceola is that spear-wielding rider, and that horse’s name is Renegade. They’re two of the most popular figures in Tallahassee, outside of Bobby Bowden and the crowd erupts when they make their presence known. Doak Campbell Stadium is worth the price of admission just to be a part of the tomahawk chop and war chant.

Any game day in which the fans in attendance are so well-known that they have a name, is a game day worth being part of. The crowd in College Station has been dubbed “The 12th Man”, alluding to their impact on visiting opponents at Kyle Field. Hell, the crowd even has “Yell Practice” prior to each game. For home games, that practice is at noon, so don’t be late. The five Yell leaders are no joke in College Station. They’ve even been known to “punish” themselves when the home team makes mistakes on the field.

Volunteer nation is one of the biggest and proudest fan bases in America, even if they really haven’t had anything to show for it since Phillip Fulmer left. But that doesn’t stop them from putting together one heck of a game day. Their “UT Orange”, which is licensed by the university and available at Home Depot, is possibly the most recognizable color in college football.

Tennessee has one of, if not the best songs in the country in “Rocky Top”. And if you get 102,000 fans singing Rocky Top in unison, it’ll make the hairs stand up on the back of your neck no matter who your team is. Neyland Stadium is also the primary berth of the Vol Navy — 200 or more boats driven on game day by the fans sitting next to you at the game. We haven’t even talked about Smokey, the Bluetick Coonhound, that serves as the university’s mascot.

Blessed with probably the best hometown food in college football, paired with what should be Louisiana’s official State drink — the daiquiri — fans are already primed and ready to go before entering one of the top stadiums in the country. It also houses a live tiger during games. Inside the stadium, especially at night, the game has extra weight cast on the players’ shoulders. Game days/nights in Baton Rouge are what make college football what it is. You’ll never attend a game anywhere in the country, at any level of competition, like you will if you score a ticket to an LSU Saturday night conference showdown.