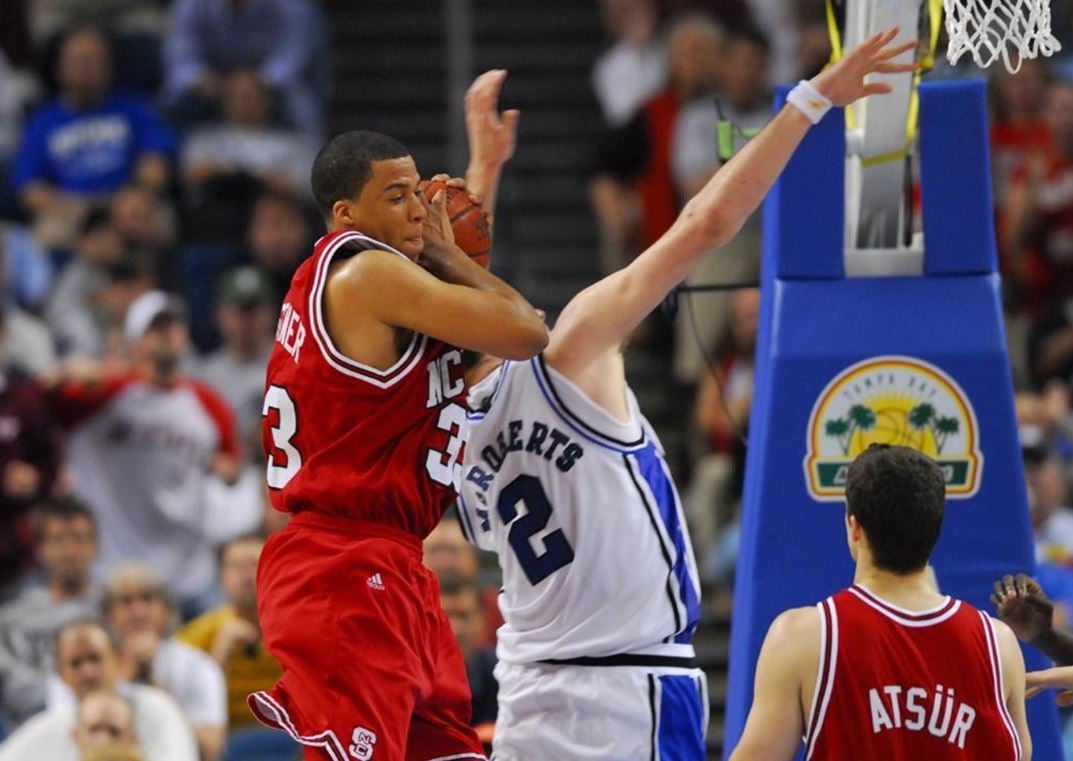 Tobacco Road is the name given to the “Big Four” universities in North Carolina.

Duke, North Carolina and NC State are separated by no more than 25 miles. Wake Forest was also located in Wake County prior to 1956, when the school relocated to Winston-Salem. Tobacco Road is home to the most historically prolific concentration of athletic success in American sports. It’s also home to arguably the best rivalry in sports — Duke vs. UNC.

As a basketball program, UNC is No. 3 on the all-time wins list; Duke is currently No. 4; NC State is No. 25. Wake Forest is not currently inside the top 50.

Every year since 1974, at least one team from Tobacco Road has qualified for the NCAA Tournament.

UNC and Duke are also second and third in tournament wins, with 126 for the Tar Heels and 114 for Duke. UNC has the third-most national championships with six, Duke is right behind with five. NC State is tied for seventh all-time with multiple teams, winning two titles. The three schools have combined for 13 national championships.

The Dixie Classic was the creation of NC State head coach Everett Case. It was an annual basketball tournament consisting of the Big Four teams and four additional teams invited from around the country. The tournament ran from 1949 to 1961, each year ending with one of the Big Four winning the title.

The tournament was held every year at Reynolds Coliseum on the campus of NC State.

The Big Four Tournament was played annually from 1971 to 1981 in Greensboro, North Carolina. It consisted only of the four Research Triangle Universities.

A Way of Life

In North Carolina, college basketball is a way of life. As a baby, you’re dressed in your parents’ team’s apparel. As a student, you watch the ACC Tournament during class with your classmates and teachers.

When you come to be an adult, you listen to the broadcast at work if you weren’t lucky enough to be granted time off to watch it. The luckiest of us attend the tournament and get to watch up to three games a day of pure college basketball bliss, only to come back the next day for more.

Tobacco Road heroes of days gone by fill up story-time from fathers at your bedside. History lessons run the length of commercial breaks and TV timeouts. Colorful words fly around the room like flies on crap in the weening moments of close games. The memories along the way will fill the minds of the someday elderly North Carolinians when they begin to pass down their Tobacco Road passion to the littlest of their last name.