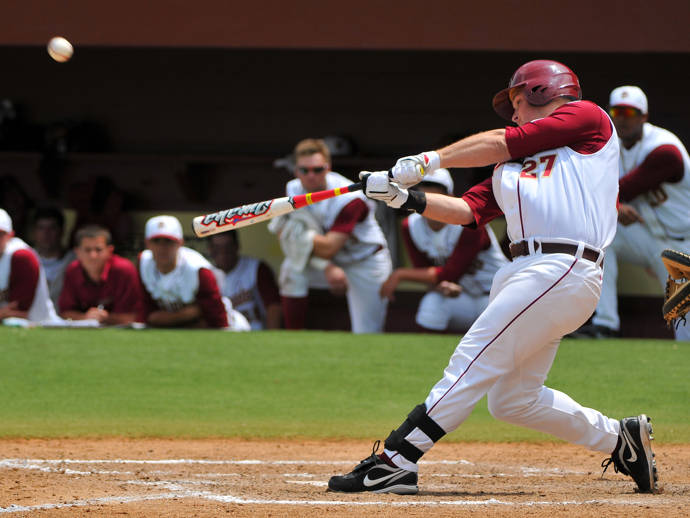 Florida State and Miami has long been one of the best rivalries in college baseball.

Over the years, contests between the two teams have produced some memorable moments. On this day a decade ago, FSU rallied from a ninth-inning deficit to beat the Hurricanes in walk-off fashion for a second straight day.

Miami won the first game of a 3-game set at Dick Howser Stadium, 6-5. When the teams met for the middle game on April 24, 2010, the Hurricanes looked well on their way to clinching the series. Through 7 1/2 innings, Miami led 7-3.

In the bottom of the eighth inning, the Seminoles pushed three runs across. After a 2-run double by Sean Gilmartin, Stuart Tapley came around to score on a wild pitch.

FSU’s Daniel Bennett worked out of a trouble in the top of the ninth to keep it a 1-run game. In the bottom half of the inning, Miami closer Daniel Miranda never recorded an out.

Tyler Holt got the FSU ninth started with a solid single. Stephen Cardullo then drew a walk before Mike McGee reached on an error to load the bases. With no one out, Tapley played the role of hero.

On the second pitch he saw from Miranda, Tapley lined one to deep center. The shot went over the heads of a drawn-in outfield, scoring Holt and Cardullo for a walk-off 8-7 victory.

On April 25, 2010, the teams met for the rubber game in Tallahassee. Again, Miami enjoyed a lead for most of the day.

Miami went to the bullpen and right-hander Taylor Wulf. Wulf immediately struck out Holt and Cardullo. With two outs and a runner on, it was up to Mike McGee.

McGee had retired all five Miami hitters he faced on the mound, but to keep the Seminoles alive, the 2-way player needed to come through with his bat. Come through, he would.

After working the count full, McGee blasted a pitch from Wulf over the wall in centerfield for a 2-run walk-off home run. The Seminoles had won the game, 7-6, and the series.

Tapley was the unquestioned hero of the first game. The Orlando native finished 3-for-4 with a home run and four RBIs. Bennett was the winning pitcher.

Chris Perez and Nathan Melendres each had three hits for Miami. Frankie Ratcliff had a solo homer for the Hurricanes in the loss.

In the second game of the series, Sherman Johnson and Devon Travis joined Boyd and McGee as Seminoles to homer. McGee was also the winning pitcher for FSU.

Perez, Radcliffe and Yasmani Grandal all homered for Miami in the series finale. Radcliffe had three hits.

FSU would take the regular season series, but Miami evened things up with a 9-3 win over the Seminoles to kick off the ACC Tournament in Greensboro. The Seminoles would win next three days to take the conference crown.

FSU would go on to reach the College World Series in 2010, but was defeated twice by TCU. Miami would go on to get swept by Florida in the Gainesville Super Regional.