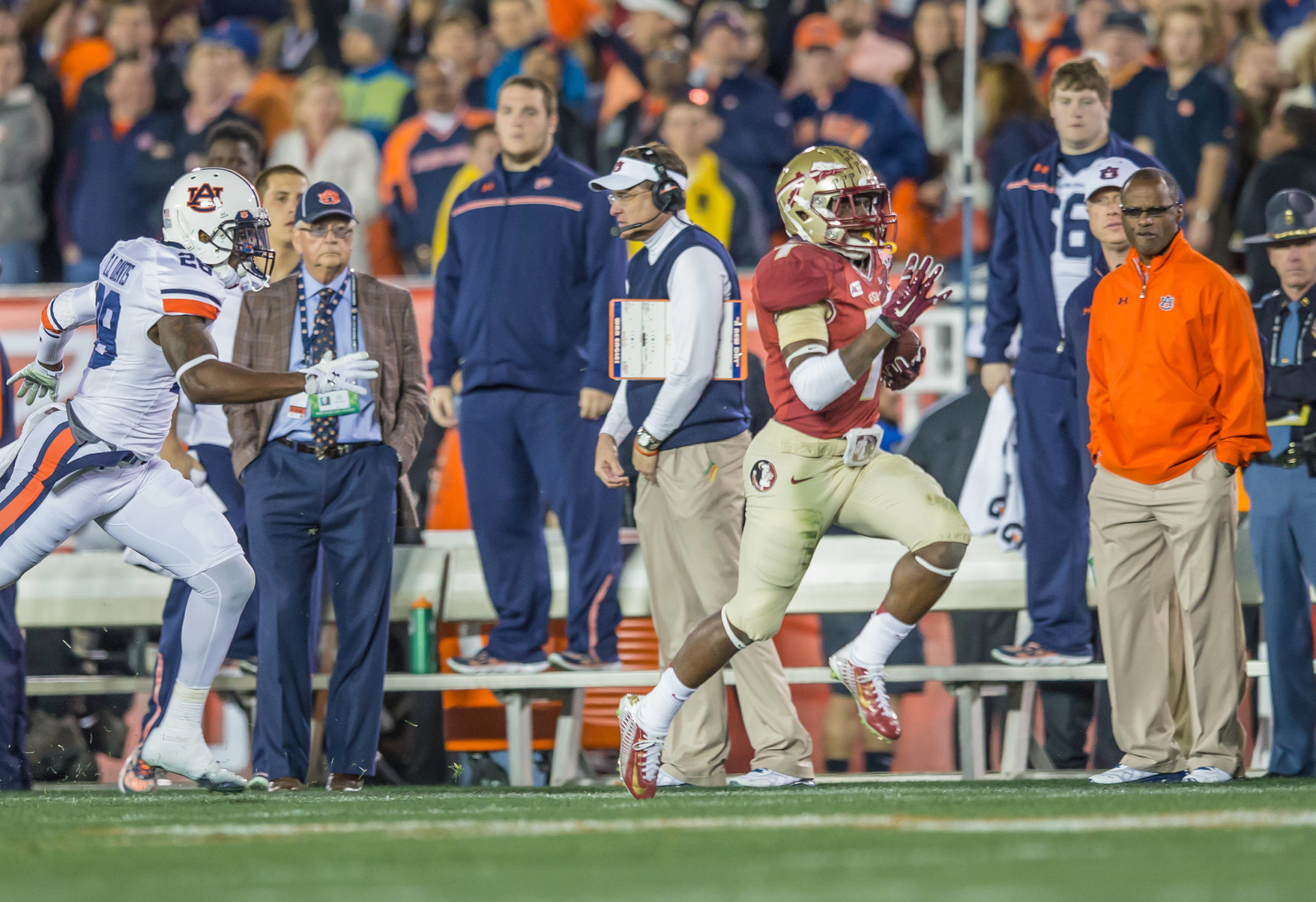 Over the decade, teams from the ACC Atlantic claimed three national championships. Only the SEC West claimed more.

While only Clemson and Florida State managed to win the division and the ACC, other schools enjoyed memorable seasons. Here’s a look back at the best season of the decade for every ACC Atlantic division team:

Record: 7-5
Final Ranking: None
Key Players: A.J. Dillon, RB; Tommy Sweeney, TE; Hamp Cheevers, CB
Overview: Say what you will about Boston College in the 2010s, but it was relatively consistent. Throughout the decade, the Eagles finished 4-4 in ACC play six times and with six or seven wins in each of those seasons. Although it ended on a sour note, the 2018 season may have been the best for Boston College. Under head coach Steve Addazio, the Eagles ascended to No. 17 in the polls. Unfortunately, Boston College finished the year on a 3-game losing streak. The Eagles were leading Boise State in the First Responder Bowl, but inclement weather would make it the first bowl game ever to be ruled a no-contest.

Record: 15-0, ACC champions, defeated Alabama in National Championship, 44-16
Final Ranking: No. 1 AP; No. 1 Coaches
Key Players: Travis Etienne, RB; Clelin Ferrell, DE; Christian Wilkins, DT
Overview: Clemson made the College Football Playoff in each of the final five years of the 2010s and won two national championships. As the first team to go 15-0 however, the 2018 squad takes the cake. After rallying from 10 points down in the fourth quarter to beat Syracuse early in the season, the Tigers didn’t have an opponent stay within 20 points. With an incredibly deep defensive line and a phenom freshman quarterback in Trevor Lawrence, Clemson blasted Pittsburgh in the ACC Championship before beating Notre Dame and reigning national champion Alabama in the College Football Playoff by a combined 74-19 margin.

Record: 14-0, ACC champions, defeated Auburn in BCS National Championship, 34-31
Final Ranking: No. 1 AP; No. 1 Coaches
Key Players: Jameis Winston, QB; Timmy Jernigan, DT; Lamarcus Joyner, CB
Overview: With redshirt freshman and eventual Heisman Trophy winner Jameis Winston under center, Florida State scored more points in 2013 than any team in FBS history had at the time. The FSU defense also yielded the fewest points per game in the country. Through the first 13 games, the Seminoles didn’t play a game decided by fewer than 14 points. Against Auburn for the BCS National Championship, FSU fell behind 21-3, but went on to complete the biggest comeback in BCS title game history. Winston threw the winning touchdown to Kelvin Benjamin with just seconds remaining.

Record: 11-2, Big East champions, defeated Florida in Sugar Bowl, 33-23
Final Ranking: No. 13 AP; No. 13 Coaches
Key Players: Teddy Bridgewater, QB; DeVante Parker, WR; Preston Brown, LB
Overview: Louisville’s best seasons of the decade predate its time in the ACC. The Cardinals finished 12-1 in 2013, but didn’t win the conference or have as high of a ranking as they did in 2012. After a 9-0 start that year, Louisville lost consecutive games to Syracuse and Connecticut. The Cardinals were able to circle the wagons and win a critical contest at Rutgers in the regular season finale. As one of four teams to finish 5-2 in conference, Louisville won the tiebreaker and was awarded the Big East’s BCS bid. The Cardinals were a 2-touchdown underdog against No. 4 Florida in the Sugar Bowl, but wound up beating the Gators handily in a contest that wasn’t as close as the 33-23 final score. After the aforementioned 12-1 campaign in 2013, the Cardinals joined the ACC in 2014.

Record: 8-5, defeated Texas A&M in Belk Bowl, 55-52
Final Ranking: None
Key Players: Greg Dortch, WR; Cam Serigne, TE; Duke Ejiofor, DE
Overview: The 2010s for Wake Forest began with six straight losing seasons, but ended with four straight winning seasons. The Demon Deacons won eight games in both 2017 and 2019, but the 2017 squad gets the nod. The most significant change for Wake Forest was the upgrade on offense. After a 5-5 start, Wake Forest won three of its final four games. Matt Colburn’s late touchdown lifted Wake Forest past Texas A&M in a high-scoring Belk Bowl that saw the teams combine for more than 100 points and more than 1,250 yards of offense.