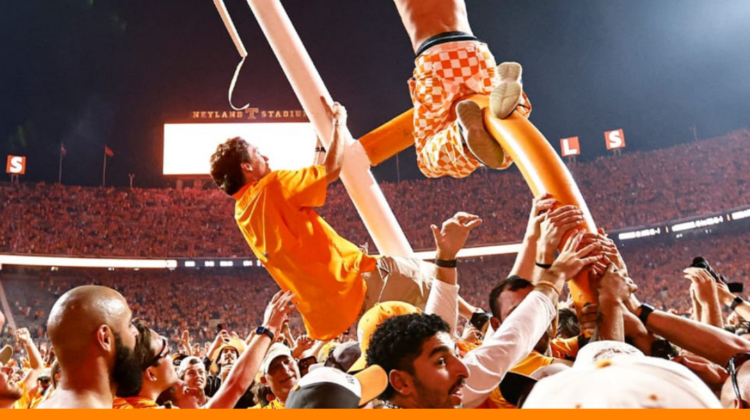 The Game: Michigan 🆚 Ohio State. Michigan is looking for their first win in Columbus since before Blake Corum was born. Ryan Day has lost one B1G game in four seasons. A second could put him on the hot seat.

😤 @OhioStateFB is on one this week ‼️💪👀 pic.twitter.com/VONLfbtQ1t

The Iron Bowl: Alabama 🆚 Auburn. Auburn should be trying to play out the string and end the season. Cadilac Williams has rejuvenated the Tigers. I bet for a second, Saban is happy not to be playing this one at Jordan Hare.

In honor of Iron Bowl week – The Kick Six pic.twitter.com/NXl0jYCibd

The Egg Bowl; Ole Miss 🆚 Mississippi State. Are there two more entertaining coaches in college football than reside at the two Magnolia state flagships? Lane has a good thing going in Oxford, there will be regret if he moves to The Plains. Plus, what goes better with pie than a little Egg Bowl after too much turkey and stuffing?

Game 2: TCU used a “Bazooka” to knock off Baylor in the closing seconds of their win last week. I must have watched that last series a hundred times. It was a beautiful display of execution for TCU to get the spot, the kick, and the win. Hats off to Sonny Dykes and his staff.

Auburn was a walking disaster heading into the 2022 season with lame-duck Bryan Harsin. We all knew it was a matter of when not if the coach would be let go. What we did not expect was the energy and life brought into the Tigers by Cadilac Williams. The former Auburn tailback has been damn impressive and has put his name into consideration for the Auburn job.

Cadillac Williams ‘swag surfin’ with the Auburn players at midfield after 41-17 win over WKU tonight (via @BrooksACarter) pic.twitter.com/X0dJwvz6HT

Georgia Tech was lost behind the Waffle House under Geoff Collins. Brent Key has surpassed the number of wins against FBS and the Top 25 wins of his former boss. The Georgia Tech alum is primed to take over full-time for the Rambling Wreck.

"They don't stop believing. God, I love these guys."

Does anyone else anxiously wait for the video(s) to drop on Monday recapping the madness that was the SEC weekend? Josh Snead and his team do a brilliant job. They will write, shoot, and edit all on Sunday to have it ready for us on Monday.

Alabama gets to "win" the Playoff for a day.

Thanks, Elon for not breaking it yet. I’m so glad teams are seeing the value of their social media teams. A few teams, led by TCU have carried the banner for ditching the milk toast, bland accounts for having a little fun and being more than a little snarky. Here are a few of my favorites from the last couple of weeks.

Fixed it for you. pic.twitter.com/CKH3MnBpgH

Thank you so much. I hope you and your family have a Happy Thanksgiving!

Stat of the Week: Agony of Defeat

Iowa State has now lost 6 games decided by one-score margins, most in FBS. No bowl game for the Clones.

Iowa State defeated the possible Big Ten West champion and will have no bowl game to show it. Depth of talent has reared its head this year for the Cyclones. This week may be the final game for Matt Campbell. I could see him in Madison or Lincoln next fall.

Welcome to Rivalry Week. We get turkey and all the fixings to end the regular season in college football season. We have had plenty of ups and downs. Nothing like knocking out your rival to put a mark on their season.

Will Lane stay or go? All eyes are focused on that as much as the rivalry game. Check out Ross Delenger’s thread on the history of the egg bowl. My favorite piece. The rivalry is even. “It’s been dead even since 1991 — tied at 15 wins apiece. In those 30 games, State has scored 689 points; Ole Miss has scored 660.” 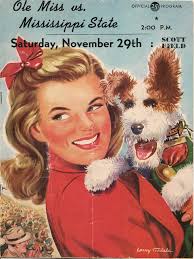 Texas leads the series 79–28–4. The Horns continue the good feelings after last weekend’s drubbing of Kansas. 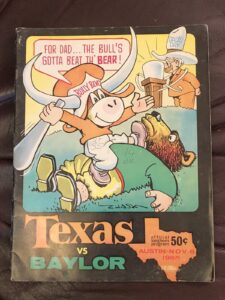 #FireUpChips lead the all-time series 63–30–6. Chris Creighton is a miracle worker and is looking to lead Eastern to the Michigan Directional team championship (I hope this is real) and their 8th win of the season. 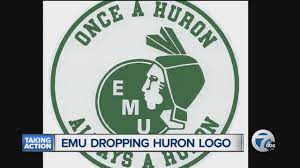 🎟 Floria 🆚 Florida State (-9.5)
📍 Doak Campbell Stadium
🏆 Sunshine Showdown
⏰ 7:30 p.m. EST (Friday)
📺 ABC
💰 #NoleFamily
The Gators lead the series 37–26–2. The Gators are having a forgettable first year under Billy Napier. Flordia State has shown flashes this year to think they will be competing for an ACC Title and playoff birth in 2023 under Mike Norvell. 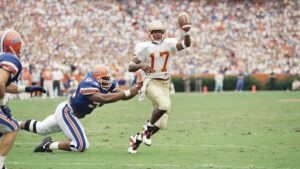 Can we stop with the whole Ohio State hasn’t defeated Michigan since 2019 tweets? The Michigan Ducks didn’t play OSU in 2020. Last year was a good win, JJ McCarthy is going to have to show 2021 wasn’t a fluke. 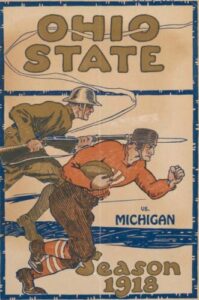 Do I think Auburn can win? No. But weird stuff happens in the Iron Bowl. Kick 6, Cam coming back after being down big at half, Cadilac will have his team motivated and excited to play the Tide. 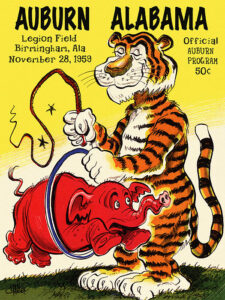 Bo Nix is on one leg and Oregon is gonna walk into a difficult atmosphere in Corvallis. They find just enough to meet USC in the Pac-12 Championship.

The pain of 2022 is almost over for Jimbo. A cleaning of the staff and locker room is needed in College Station. No need for 7 OTs in this one. 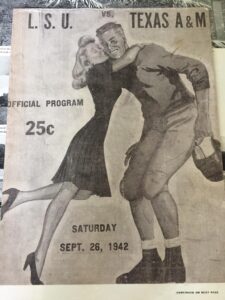 As good as USC’s offense is, their defense is just worse. They are opportunistic and force turnovers rather than stopping or tackling anyone. Marcus Freeman gets a signature win in So Cal and knocks the Pac 12 out of the College Football Playoff. 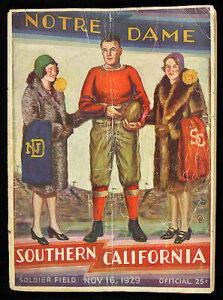 Washington has an outside chance of making it to the Pac-12 Championship. If you had an advanced math degree, you too could understand the tiebreakers. Hats off to Kalen DeBoer for quickly turning the ship around in Seattle. 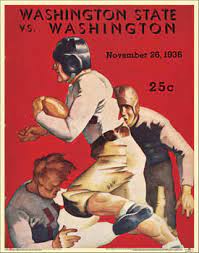