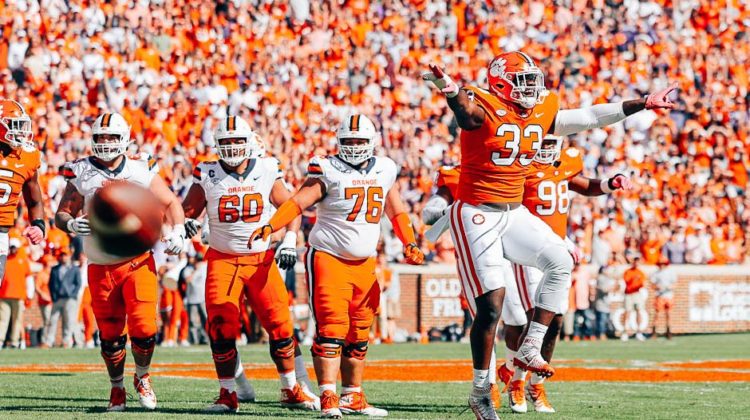 We are entering Week 9 of the college football season and for those hoping to make the College Football Playoff, it’s time to put up or shut up.

November is just days away, which is when division titles are decided and rivalries are won. As we enter the last month of the regular season, undefeated teams are becoming harder to find.

We enter the final week of October with just six undefeated teams left. There was a time when finishing undefeated wasn’t even a guarantee for a national championship, but the College Football Playoff has changed that.

According to ESPN’s Football Power Index (FPI), here are the undefeated teams with the best chance to win out:

Undefeated Teams and Percentage to Win Out

It seems like from the casual fan standpoint, Clemson is getting a lot of criticism for playing in the “easy ACC” but the same energy could be given to others. This has been one of the best seasons ever for the ACC Atlantic division.

Before we even reach the conclusion of the regular season, four out of six teams on this list play each other. There is a possibility that four teams can be undefeated after Championship Week.

It seems unlikely that we end up with that number, though. One or two at best seems more likely. With Clemson already sweeping the top part of the Atlantic, only instate rival South Carolina stands in its way.

Which team do you think stands the best chance to go undefeated? Do you think we will see multiple teams undefeated by playoff time? Let us know your answers in the comments below.