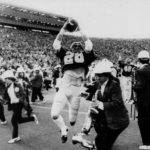 A member of the Pro Football Hall of Fame and the No. 1 overall pick in the 1983 NFL Draft, John Elway's NFL career ended in memorable fashion. Elway's legendary career culminated in consecutive Super Bowl victories and MVP honors in his final game as the Denver Broncos beat the Atlanta Falcons in Super Bowl XXXIV. For Elway, however, the ending to his college career was … END_OF_DOCUMENT_TOKEN_TO_BE_REPLACED 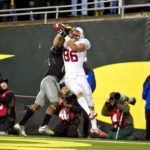 Upon the Pac-10 expanding to become the Pac-12 and adding a conference championship game, Stanford and Oregon combined to win the first five titles. For the first four years, the winner of the annual meeting between the teams went on to claim the crown. On this day 10 years ago, the programs met in Eugene in what was an absolute thriller. A late touchdown and a field goal in … END_OF_DOCUMENT_TOKEN_TO_BE_REPLACED 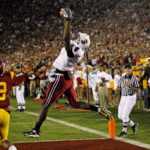 Through the middle part of the 2000s, few would argue that anyone other than USC, under Pete Carroll, was the premier power in college football. From 2003 to 2005, the Trojans won 34 straight games, had two Heisman Trophy winners and claimed a pair of national championships. Some of those contests were later vacated, but USC won the Pac-10 every year from 2003 to 2008. One … END_OF_DOCUMENT_TOKEN_TO_BE_REPLACED 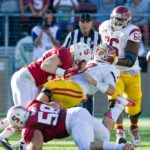 Photo courtesy of Stanford Photo Replacing Pete Carroll at USC proved to be no small task. Following the 2009 season, Carroll left USC to become head coach of the Seattle Seahawks. Entering the 2012 season, however, the Trojans looked to have their best team of the post-Carroll era yet. Ranked preseason No. 1, big things were expected. Those expectations came crashing … END_OF_DOCUMENT_TOKEN_TO_BE_REPLACED 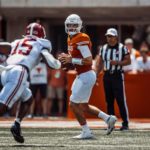 We are only two weeks into the college football season and there have already been some monumental upsets. Seven AP top-25 teams lost in Week 2, including No. 6 Texas A&M, No. 8 Notre Dame, and No. 9 Baylor. There were plenty of ranked teams who struggled against unranked opponents this weekend. Some were fortunate enough to escape with a win. Others were not. There … END_OF_DOCUMENT_TOKEN_TO_BE_REPLACED