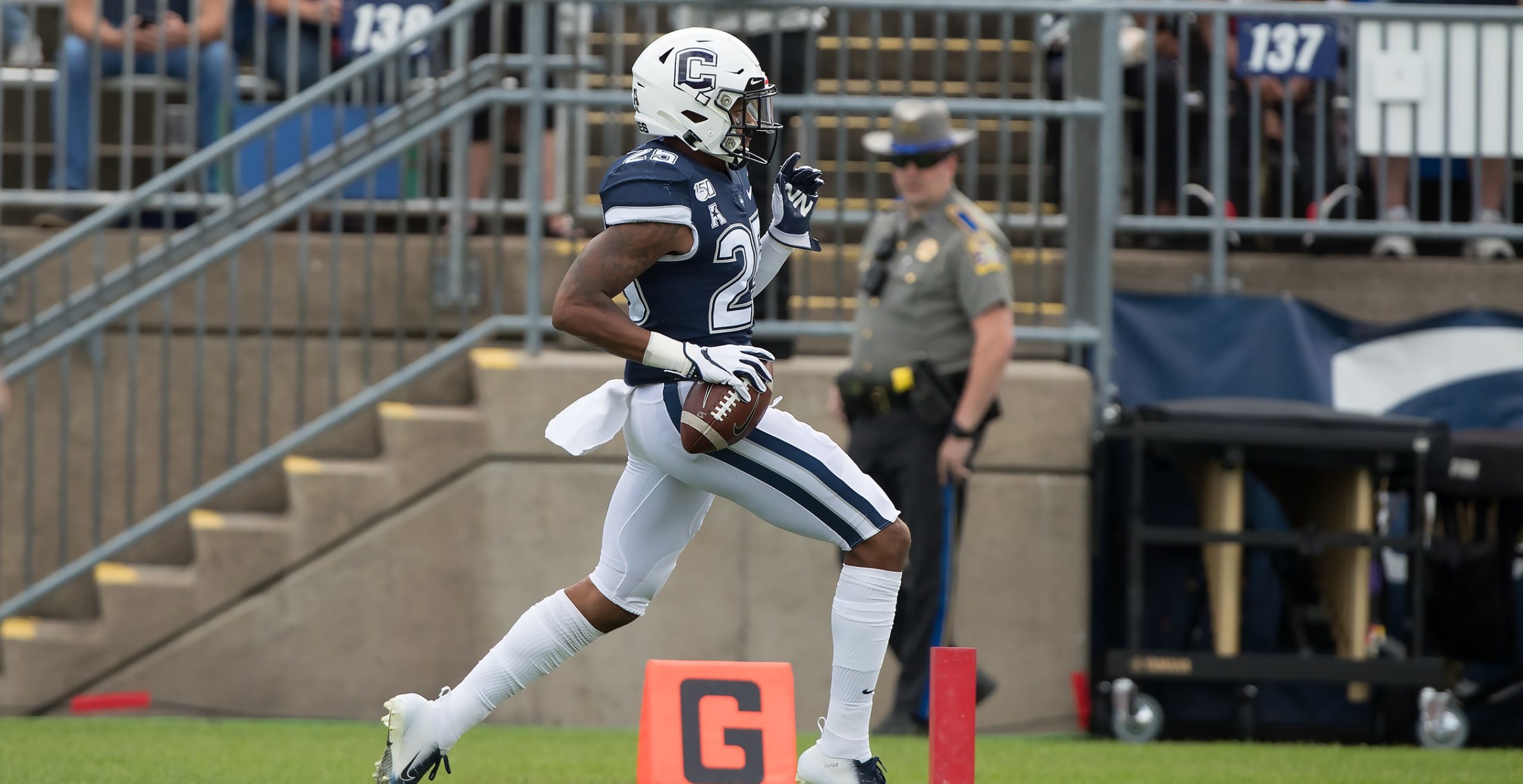 Purdue head coach Jeff Brohm had been looking for a transfer for several months. However, many believed any transfer he sought would be on the offensive line. Instead, he opted to bolster a defense that has struggled the past few years.

In late December, Purdue announced the hire of new defensive coordinator Bob Diaco. While head coach at UConn, Diaco had recruited Coyle to play safety for him.

Coyle will likely play safety alongside sophomore Cam Allen. Allen, as a true freshman, established himself as a viable starter. Over the last two years, Purdue’s defense has forced 29 turnovers — 14 turnovers in 2018 and 15 turnovers in 2019. At times during both seasons however, Purdue has struggled to get its defense to force turnovers.

Coyle helps bring a new element to this mix as he is great at jumping routes, which led to his two defensive touchdowns last year. He is also a sure tackler at safety. Last year, he racked up 107 tackles from his safety spot. With Purdue running a 3-4 defense primarily this year, it means that Coyle can play in the box and help Purdue sure up its relatively weak run defense.

Coyle also helps Purdue with its weak pass defense that finished near the bottom of the Big Ten the last few years. Coyle is excellent in coverage. As a senior, he will help provide veteran leadership on a very young Purdue team which had only eight seniors on the team in 2019. With the addition of Coyle, the Boilermakers will have 13 seniors this season.

Coyle will be a great addition to Purdue as he can be leader and can help improve on the defensive side of the ball. Coyle able to wreck havoc for teams with his ability to create turnovers and by his sure tackling.