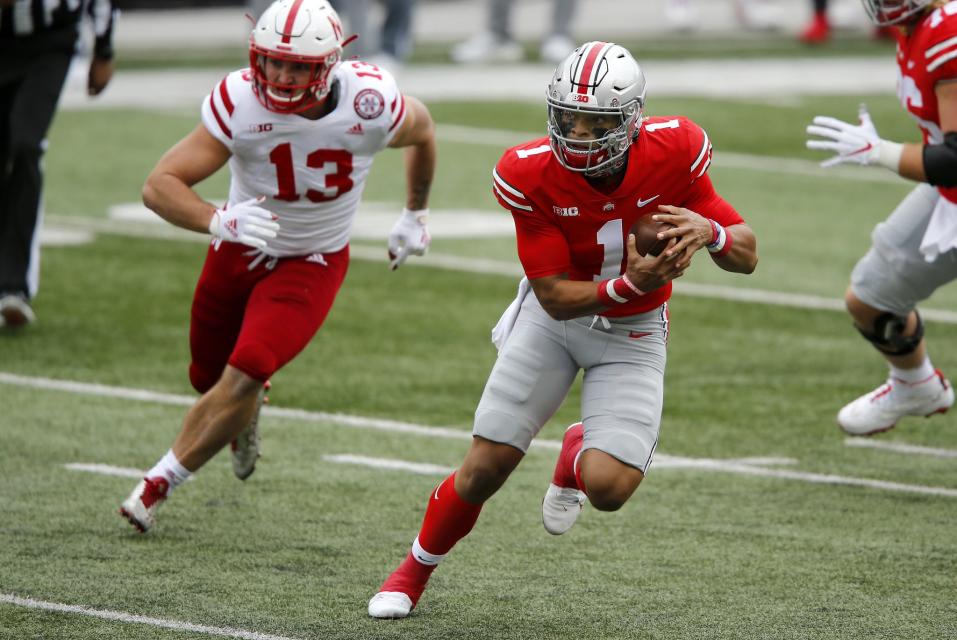 Before Justin Fields took college football by storm, there was an origin to his story.

Before Athens, before the transfer to Ohio State. Even before Fields was a 5-star quarterback prospect, he was just another quarterback at Harrison High School in Kennesaw, Ga.

But his head coach at the time, Matt Dickmann, knew he was a different kind of quarterback.

“I had just gotten [to Harrison] and his dad had sent me a video, a really good highlight video of him in the junior program, and could see already that he had a lot of potential” Dickmann told Fifth Quarter in a telephone interview. “But you do see that with a lot of kids that are very young, not knowing them; you don’t know how hard they’re gonna work academically, what their work ethic is, and then all that. But we would soon find out that all of those things are outstanding.”

Interview requests about Fields are nothing new for Dickmann. According to him, the requests come in waves alongside some of Fields’ biggest moments. Transfer from Georgia? More requests before it hits another lull. Take the Buckeyes to a national championship appearance? More requests. The NFL Draft process? More of the same.

Now, Fields is one step away from the ultimate goal: the NFL Draft. Expected to be one of the top quarterbacks taken in the NFL Draft, Dickmann spoke again about Fields, remembering the quarterback — both on and off the field.

It’s no surprise that Fields is a talented player. He was one of college football’s best quarterbacks last season, finishing with 2,100 passing yards and 22 touchdowns in just seven games. In 2019, he was a Heisman Trophy finalist after throwing 41 touchdowns and just three interceptions. In high school, it was much of the same.

Fields finished as a 5-star prospect, with offers from top schools across the country. He was already being talked about as an NFL talent when his time at Harrison finished. He finished his high school career with 4,448 passing yards and 44 touchdowns. On the ground, it was much of the same, totaling 2,131 yards and 30 more touchdowns.

For Dickmann, it was clear as a freshman that Fields was already one of the best quarterbacks on the roster.

“As a freshman, he could really push the ball down the field, which I was excited about because any time you can push the ball down the field…it’s going to open up just everything,” Dickmann said. “But his junior year, he was just flourishing from the first game on. He was doing things like avoiding tackles, moving to his left and right, and throwing the ball 50 yards down the field. And then, he’d be in the pocket, and we’d always have two to three reads, and if they weren’t there, he was supposed to pull it down because he was dangerous. I think any time he pulled the ball down, he was a 10th grader, he never got less than eight yards and most of the time, it was like 30. I just knew then.”

Largely accurate at Harrison, Dickmann saw that Fields was never making bad decisions with the football. That decision-making carried over to Ohio State, where he threw just nine interceptions over 579 passing attempts.

“He just didn’t make bad decisions [with the football] in high school,” Dickmann said. “I think in college, he didn’t really make bad decisions. He might have had a couple of bad games, and I watched those games. I think it was more that people were out, he felt he had to do more again. …I think sometimes, which quarterbacks will do, not just Justin, when you’re missing a key player or a lineman, they feel they have to do more. When you really don’t because they’re so talented.”

While some NFL Draft analysts have doubted Fields’ work ethic — something Dickmann passionately disagrees with — his high school coach saw the complete opposite.

“I think the one thing that people don’t understand, and I gotta be honest, I’ve heard a lot of stuff lately. I don’t know where this stuff is coming from but talking about his work ethic?” Dickmann said. “I’d have to turn the lights on at 7 a.m. for him to be out there throwing. He wanted to be out there early. When I went up to Ohio State, he was the last guy off the field.”

Overall, for Dickmann and his coaching staff, Fields was a coach’s dream. From adding new play calls to making plays by himself, he was as much a nightmare for opposing coaches as he was a savior for his own staff.

“When he was a 10th grader, we put power read in for the first time. The first time he ran it, he went 60 yards. From then, it was just expanding the offense,” said Dickmann. “We did run a lot of quarterback sweeps, and that was almost impossible to stop… He threw the ball so well that, it was also fun to really stretch the passing game and the play-action pass because of what he was able to do.”

Dickmann specifically recalled a play Fields had against Sprayberry, where he scored a long touchdown.

“We were playing Sprayberry and he went back to pass, and it wasn’t there. He did a spin and he broke six tackles on his way to a 60-yard run for a touchdown,” Dickmann said. “I mean, I turned to one of the coaches and went ‘just the way we drew it up, huh?’ …He made other kids on the field, the high school kids, just look like they were boys playing (against) Superman.”

A leader off the field

According to Dickmann, Fields was as much a leader on the field as he was a great teammate off the field. As Dickmann explained, Fields was humble and quiet with a sense of humor. Despite that, he was always ready to lock in and go to work.

“First of all, when you’re one of the best athletes on the team, the other kids are drawn to you,” Dickmann said. “He was always a good teammate. Joking around with his teammates, having fun.

“But the one thing that showed how great of a teammate he is, is when he got hurt. We lost him with the broken finger on his throwing hand. He came to practice and he stood behind Gavin Hall, the 10th grader…and he sat there, and he would tell him the reads and he would talk to him at practice. (It) truly helped me because I’m sitting there calling the plays, trying to coordinate the offense, or get things situated…I really appreciated the time he spent with Gavin. …Justin did a remarkable job of just being a coach on the field.”

Fields, however, wasn’t just a nice person to his teammates. He was nice to everyone, regardless of his relationship with them.

“After he had gone to Ohio State, he was home throwing,” Dickmann said, recalling a specific moment. “There were people going around the track, might have even been cross country practice. There were people walking out, interrupting his workout session and asking for pictures, and so forth. And he stopped every time to do that.”

Taking over the spotlight

Even in high school, Fields was never really removed from the spotlight. As a senior, Fields was a part of the documentary series QB1: Beyond The Lights, even if Dickmann had reservations about it at first.

“First off, I did not want to do that because I’m just not a ‘rah rah’ guy,” said Dickmann. “But when I look back at that, I’m glad we did do it because I can go back and watch that. See the time we spent with that team and just working with Justin. A lot of people I’ve seen say things negative about that, that don’t have any clue about football or about the relationship between Justin and me.

“He handled it well for a couple of reasons,” Dickmann continued. “First of all, his dad has always done a fantastic job of keeping him grounded. Justin is very mature for his age, so this was not a problem at all. …I thought Justin handled it well. The team handled it well; that’s what I was worried about. Once the camera guys got there, they did a great job of not getting in our way.”

Although Fields was a star of the 2018 recruiting class, he never let the stardom get to him. According to Dickmann, Fields’ father shut down the recruiting in-season, allowing Dickmann and Fields to focus on the Harrison football season. When teams were able to bypass Dickmann and talked to Fields, it came as an overall relief for Dickmann. 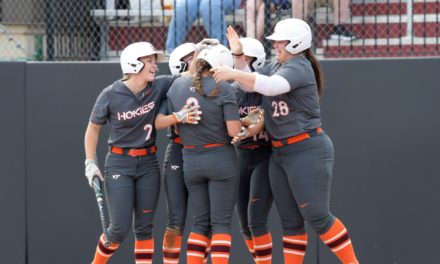 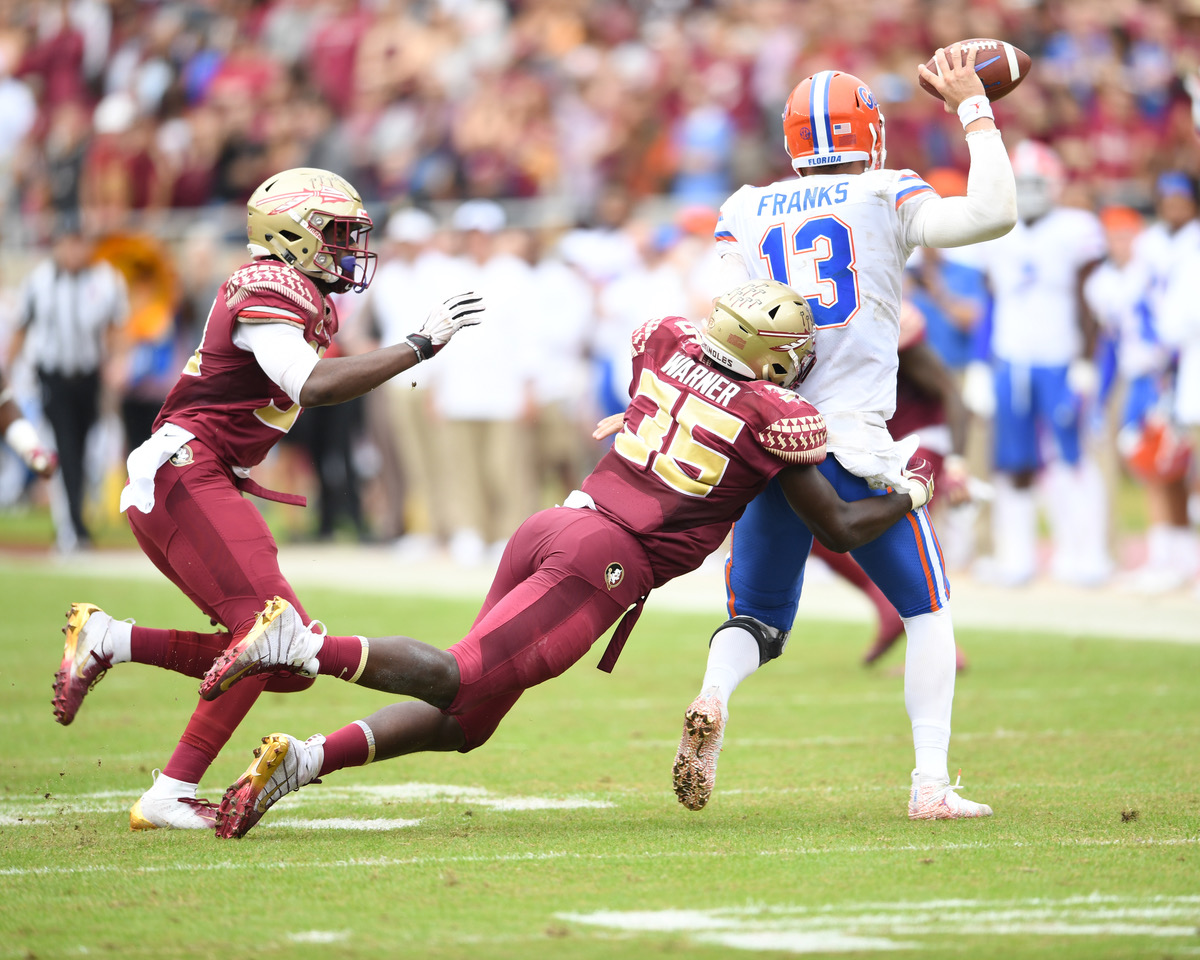 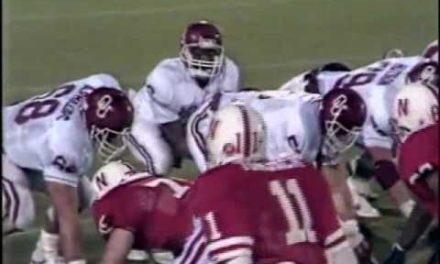 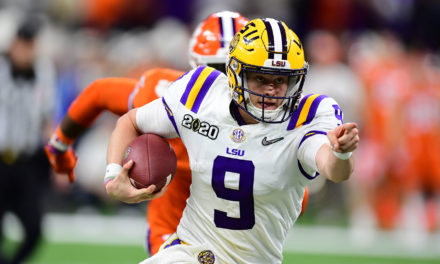