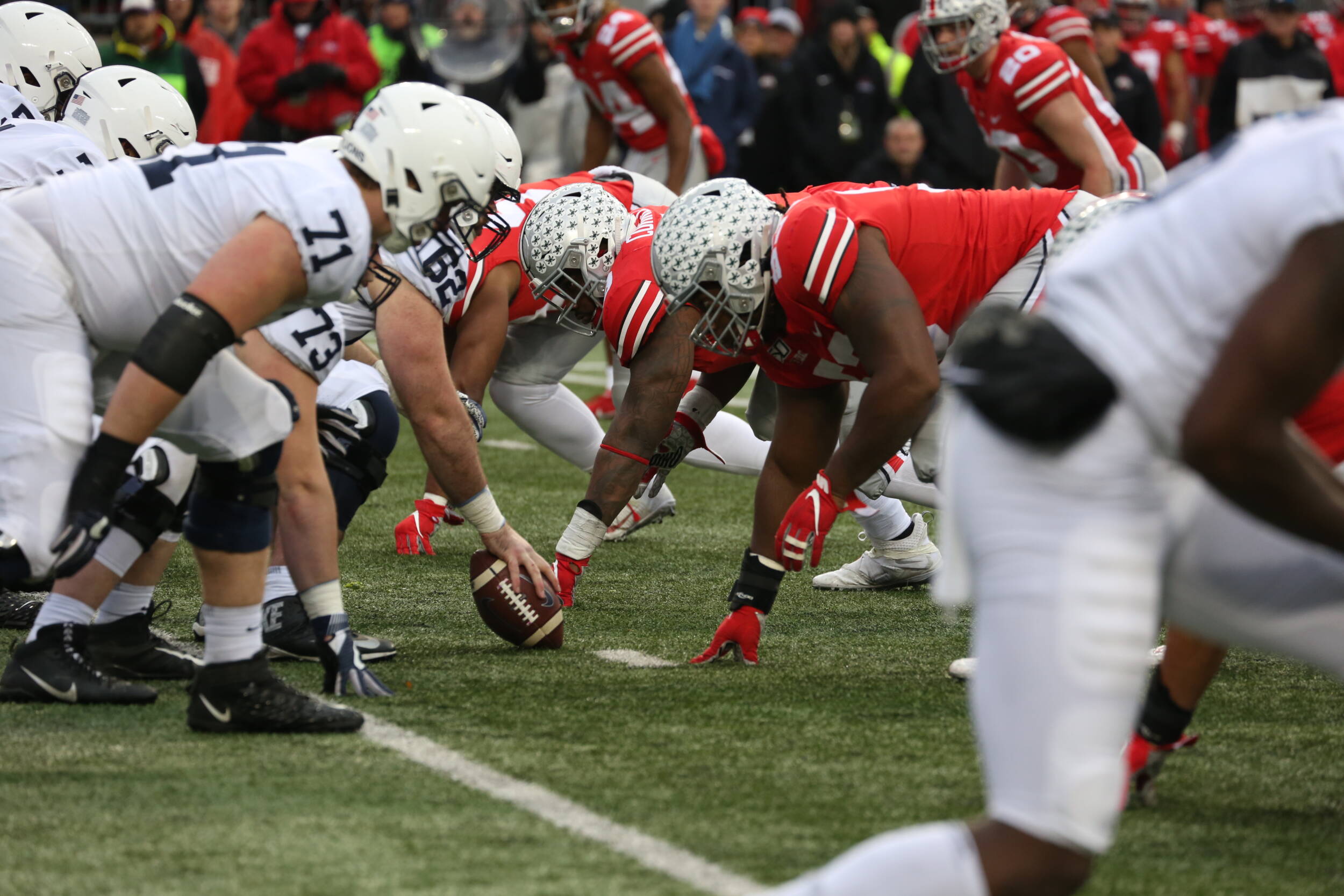 For example, Georgia linebacker Nolan Smith, who is a tremendous pass rusher (15 pressures in limited snaps) will not count because of his positional designation. A guy like Miami’s Gregory Rousseau is listed as a defensive lineman on the Hurricanes’ official roster, so he will count. After back-to-back ACC schools, we go back to the conference where the top five countdown began — the Big Ten.

The Buckeyes lost Chase Young, so how could they be this high on the defensive line rankings? It starts with one of the best defensive line coaches in the country in Larry Johnson. Time and time again, Johnson seems to raise his men to another level. He’s coached Young and both Bosa brothers (Joey and Nick), among many more. Fortunately for Johnson, the Buckeyes bring back a lot of returning production and upside.

Harrison is an absolute freak athletically. Don’t be shocked if this man turns into the next Chase Young, because the upside is there. At the other defensive position, expect to see fifth-year senior Jonathon Cooper.

Cooper was a team captain last year before a season-ending injury wiped the slate clean for 2020. He’s played in 37 games as a Buckeye, yet the eye-popping stats have never been there. Expect Cooper to have a bigger year, and lead this team as captain.

Juniors Tyreke Smith and Tyler Friday expect to be in bigger roles this year as well. They combined for 10 tackles for loss and five sacks 2019 as key rotation players. Javontae Jean-Baptiste was another defensive end with a lot of experience rotating on this Buckeye defensive line.

Haskell Garrett and Tommy Togiai are both expected to be key players in the middle of this defensive line in early-down situations. Run-stuffing ability and a variety of moves will make them key blocks to this defense. Head coach Ryan Day has also brought in a couple of 4-star recruits in Darrion Henry and Jacolbe Cowen that could make a splash. That would make this one of the deeper defensive lines in all of college football.