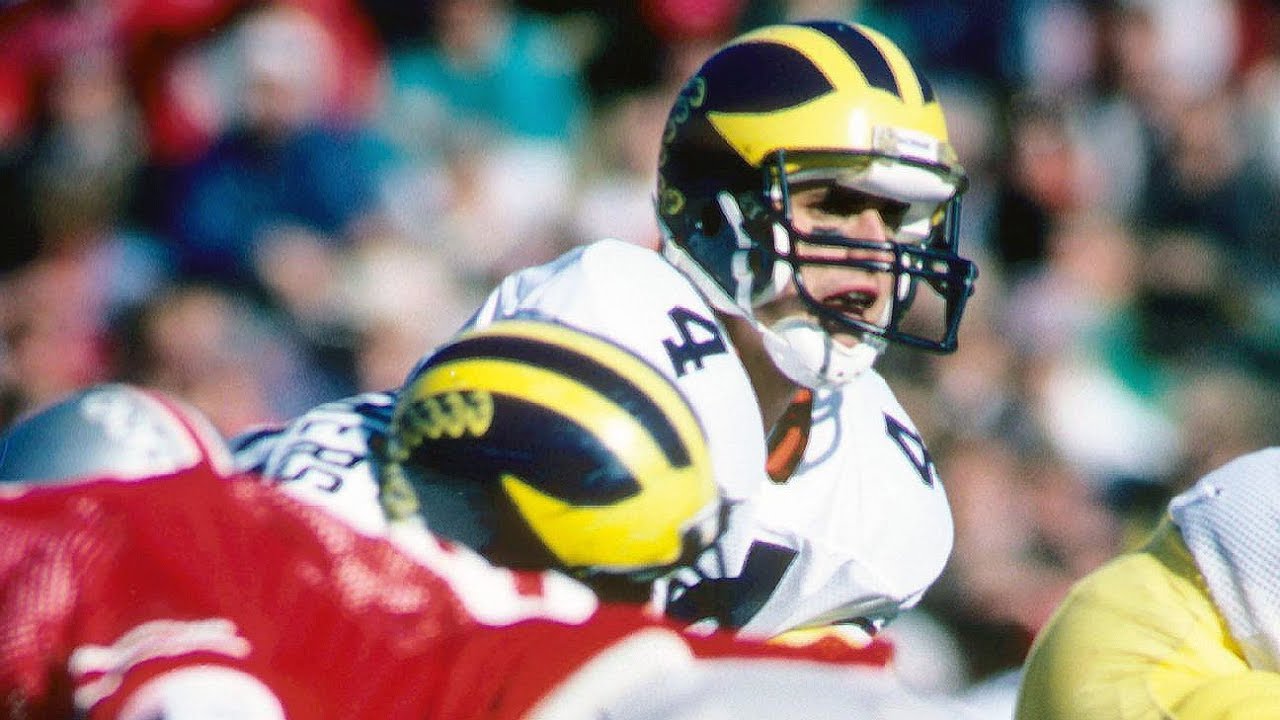 The annual rivalry contest between Michigan and Ohio State is known as “The Game” for a reason.

Throughout history, it wasn’t uncommon for plenty to be riding on it. On this day 35 years ago, what was at stake was a berth in the Rose Bowl.

In a contest that saw each team hold a 2-score lead, it was ultimately decided by a last-second field goal. Matt Frantz’s 45-yard miss was the difference as Michigan topped the Buckeyes, 26-24.

Ohio State had already clinched at least a share of the Big Ten title, but without a win over Michigan, that didn’t seem to mean much. The Buckeyes were 7-0 in conference play and 9-2 overall. After starting the year 0-2, Ohio State had won nine straight games and arrived at Ohio Stadium on Nov. 22, 1986 ranked No. 7.

After a 9-0 start to the season, sixth-ranked Michigan had lost to Minnesota the week prior. Although an outright Big Ten title was no longer in play, beating Ohio State to get to Pasadena would prove to be no less sweeter.

Momentum had turned in Michigan’s favor in the second half. What was once a 14-3 deficit had become a 26-17 lead for the Wolverines with less than 13 minutes remaining.

It looked momentarily as though the Wolverines would cruise. Michigan linebacker Andree McIntyre came up with an interception inside Ohio State’s 40-yard-line one play after a touchdown, but the Ohio State defense would stiffen and the special teams would come through.

Following an exchange of punts, another big play for the Ohio State defense had put the Buckeyes in position to win with more than three minutes remaining. A fumble by Michigan’s Thomas Wilcher was recovered by Ohio State’s Sonny Gordon at the Buckeyes’ 38-yard-line.

Behind the arm of Karsatos, the hands of Carter and the legs of Vince Workman, Ohio State moved inside the Michigan 40 in just three plays. But on a 3rd-and-10, Carter was tackled after an 8-yard catch. Facing 4th-and-2 from the Michigan 28-yard-line, Ohio State head coach Earle Bruce elected to try the field goal.

Frantz had been 1-for-2 on the day, but his 45-yard kick to win sailed wide left.

Ohio State led 14-3 after one quarter, thanks to a touchdown pass from Karsatos to Carter and a 46-yard touchdown run from Workman. Michigan managed just two field goals in the first half, but took the lead by outscoring the Buckeyes 13-3 in the third quarter.

As a team, the Wolverines outgained Ohio State 529-358 with more than half of their yards coming on the ground. Michigan did however, turn the ball over three times to just once for the Buckeyes. Quarterback Jim Harbaugh passed for 261 yards in the win, but was intercepted twice.

Carter led all receivers with seven catches for 75 yards. Workman paced the Buckeyes with 126 yards rushing in the loss.

After beating Hawaii two weeks later, Michigan would fall to Arizona State in the Rose Bowl, 22-15. The Wolverines finished 11-2 and No. 8 in the final polls.

Ohio State capped the year by beating Texas A&M in the Cotton Bowl to finish No. 7 in the AP Poll. Although the Buckeyes finished with a higher ranking, the loss to Michigan cost them a trip to Pasadena. That contest came down to a missed kick that occurred on this day 35 years ago.