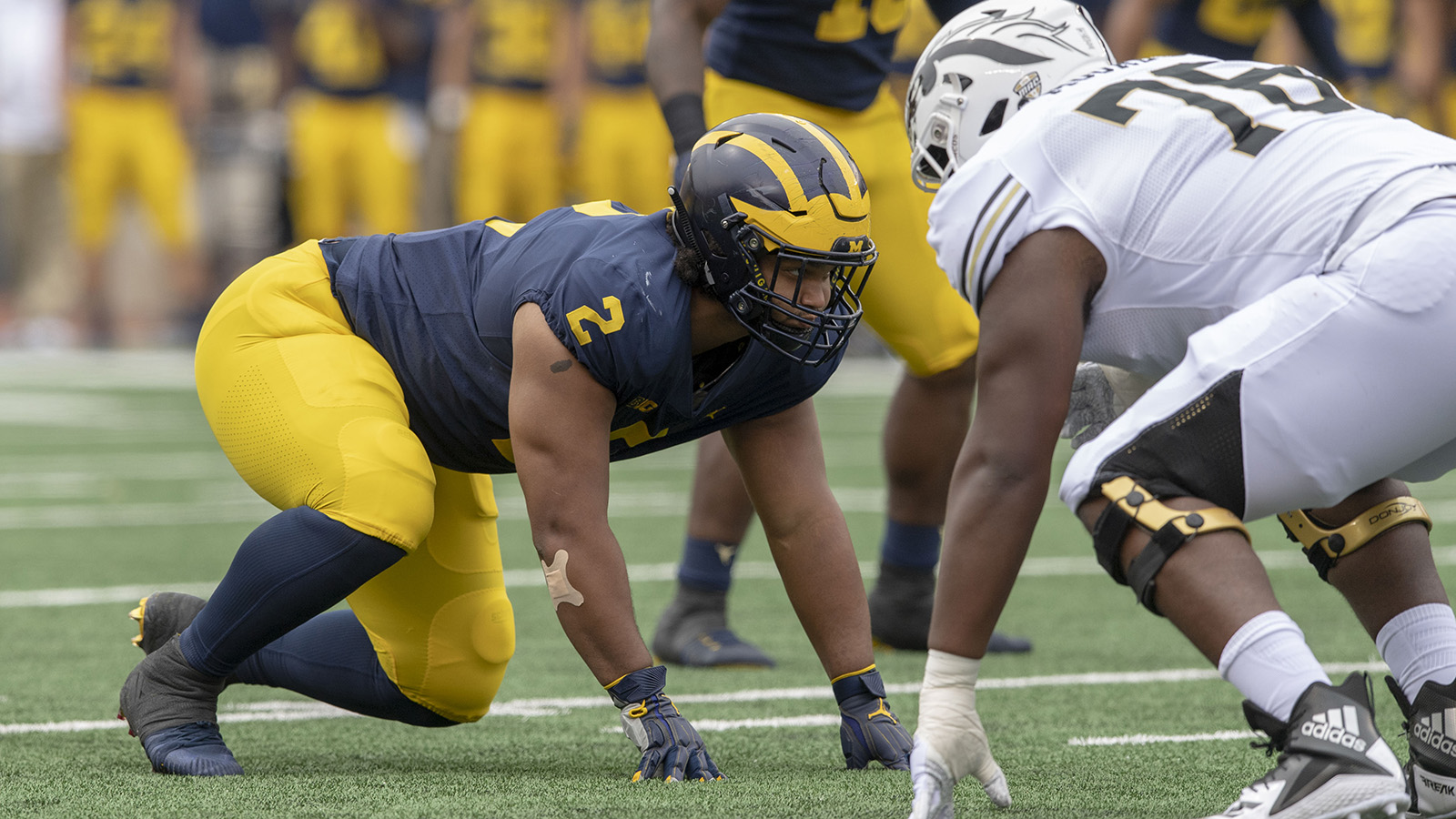 For example, Georgia linebacker Nolan Smith, who is a tremendous pass rusher (15 pressures in limited snaps) will not count because of his positional designation. A guy like Miami’s Gregory Rousseau is listed as a defensive lineman on the Hurricanes’ official roster, so he will count. After examining those who narrowly missed the list, we now move into the top five.

Taking the No. 5 spot in our countdown in the Michigan Wolverines.

Defensive coordinator Don Brown will have an undervalued defensive line with a lot of returning talent. The Wolverines bring back three starters up front, along with several other key contributors.

The departing Mike Danna should be replaced by defensive end Kwity Paye, among others. Paye has been one of the better run-defending defensive ends in the country over the past two years. He improved his pass rushing substantially from 2018 to 2019. His success rate in pass-rush situations jumped from 10 percent to 18 percent. Last year, Paye was third-team All-Big Ten.

Add Aiden Hutchinson to the other end of this line and it starts to get dangerous. Hutchinson is about as versatile as it gets for a 6-foot-6, 280-pound defensive lineman. On the tape, you see Hutchinson lineup at nose tackle with that length and even on out to a stand-up end for obvious passing situations. Pate’s body frame makes him unique, but his ability to get to the quarterback is not the best part of his game.

This defensive end combination stops the run better than any other duo in the country. Aside from that, they keep getting better at getting to the quarterback.

On the interior, Michigan returns fifth-year senior Carlo Kemp. Kemp added 40 tackles as a gap plugging 0- or 1-technique in 2019. His play earned him All-Big Ten honors on the third team by the coaches.

The last piece of this line will probably be fellow defensive tackle Christopher Hinton. The former 5-star recruit (31st overall player on 247Sports’ Composite) quite possibly has the most upside on this talented line. He flashed some ability against the run and pass. Pair that with his freak athleticism and he should probably come with a label that reads “DANGER”.

Watch the Ohio State film with 12:04 left in the third quarter. His ability to split defenders and have the athleticism to finish the play is impressive.

Michigan’s depth is something that could separate the Wolverines from everyone else and why they make the list. David Ojabo, Luiji Vilain, Donovon Jeter, Mazi Smith, and others will complete this defensive line to make it one of the best in college football for the 2020 season.