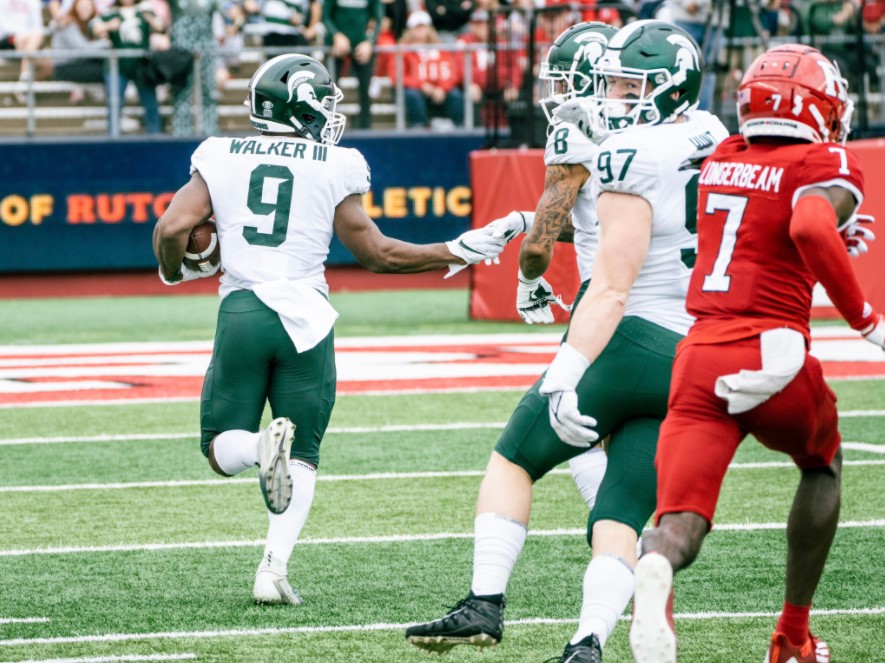 Kenneth Walker III might have passed up on the Peach Bowl, but he did not pass on the 128-team simulation.

In fact, he ran for 151 yards and three touchdowns on 20 carries.

With 461 passing yards and four touchdowns, quarterback Payton Thorne also had himself a day.

Big-play threat Jalen Nailor only had two receptions, but he was the game’s leader in receiving with 122 yards and a touchdown.

It was not all Spartans, all day, however. UTEP did find the end zone a couple times through the air, with 280 passing yards, two passing touchdowns, and an interception.

UTEP moved the ball well a couple times, but nowhere near enough to compete with the explosive Spartans. Michigan State wins, 58-14.

Winner’s Next Matchup: Winner of (6) Louisville vs. (11) Georgia State 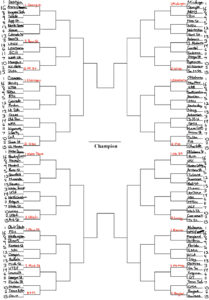