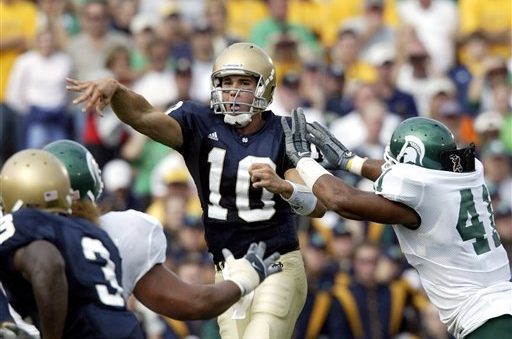 The hatred in South Bend for Michigan State isn’t quite what it is for Michigan. There was a time however, when the Spartans gave Notre Dame fits, especially at Notre Dame Stadium.

One of those occasions came on this day 15 years ago. Notre Dame rallied from 21 points down to force overtime, but Michigan State prevailed, 44-41.

Notre Dame had gone a combined 11-13 over its previous two seasons, but had started 2005 on the right foot under first-year head coach Charlie Weis. The Fighting Irish had opened the season with a 21-point road win at No. 23 Pittsburgh before a 17-10 win at No. 3 Michigan in Week 2.

The two impressive victories had vaulted Notre Dame to No. 10 in the AP Poll as it played its home opener against Michigan State on Sept. 17, 2005. Michigan State was also 2-0, but unranked after opening the year with wins over Kent State and Hawaii. The Spartans had finished just 5-7 the previous year, but had won four straight at Notre Dame dating back to 1997.

What had been a back-and-forth contest in the first half looked as though it would become an easy victory for Michigan State. With less than two minutes to play in the third quarter, Michigan State had scored 24 straight points and led 38-17.

After a touchdown run by Michigan State quarterback Drew Stanton gave his team a 24-17 lead at the break, the Spartans doubled that lead just seconds into the second half. On the second play of the third quarter, Sir Darean Adams picked off a pass from Notre Dame quarterback Brady Quinn and returned it 31 yards for a touchdown. Stanton then connected with Matt Trannon for a 65-yard touchdown with about five minutes to play in the third.

Down three touchdowns, the Fighting Irish were in trouble, but had time. Quinn’s 6-yard touchdown to Darius Walker late in the third quarter cut the lead back to 14. Michigan State kicker John Goss missed a 53-yard attempt to make it a 3-score game early in the fourth and Notre Dame took advantage.

It took just five plays and 77 seconds for Notre Dame to go 64 yards. Quinn capped the drive with a 7-yard scoring strike to Maurice Stovall to cut the lead to seven.

With momentum clearly on its side, Notre Dame seemed unstoppable. After forcing a 3-and-out, the Fighting Irish marched inside the Michigan State 25-yard-line with more than seven minutes to go. Facing a 4th-and-1, Weis decided to roll the dice.

The Michigan State defense stopped Asaph Schwapp for no gain, but a second straight 3-and-out set Notre Dame up with favorable field position. A balanced drive culminated in Quinn’s fifth touchdown pass of the day — a 4-yard connection with Jeff Samardzija.

With 2:25 to go and the score now knotted 38-38, Michigan State’s potential winning drive started with promise. After a nice run on first down, Stanton found an open Kyle Brown, who worked his way inside the Notre Dame 40-yard-line. Brown however, was stripped by safety Tom Zbikowski. With less than two minutes to go, the Fighting Irish had recovered.

Notre Dame marched to near midfield, but ultimately stalled. The contest was bound for overtime.

As it had late in regulation, the Michigan State defense held firm in overtime. Going back to regulation, Quinn misfired on four straight passes, but DJ Fitzpatrick’s 42-yard field goal gave Notre Dame its first lead since the second quarter.

Needing a touchdown to win, the Spartans never had to put the ball in the air. Stanton opened the drive with a 10-yard run for a first down. After a 5-yard penalty on Michigan State, Jason Teague ended the contest.

Teague took the option pitch from Stanton and hit the sideline. He went virtually untouched for the game-winning 20-yard touchdown.

Despite 594 yards of offense and 31 first downs, Notre Dame came up short. Quinn passed for 488 yards in the loss and five touchdowns, including three to Samardzija.

Walker rushed for a game-high 116 yards in the loss. Stovall led the Fighting Irish with 176 yards receiving.

For Michigan State, Stanton passed for 327 yards to go with four total touchdowns. Trannon topped the Spartans with 136 yards receiving and two touchdowns on five catches. Teague rushed for 63 yards and the winning touchdown on nine carries.

The loss was heartbreaking for Notre Dame, but would not derail its season. The Fighting Irish would go on to finish 9-3 and in the top 10 for the first time since 1993.

Michigan State would beat Illinois the following week and ascend to No. 11 in the polls. Unfortunately for the Spartans, they would lose six of their final seven games to finish 5-6.

It would be six years later before Michigan State knocked off another AP top 10 team. Its lone victory over a ranked team in 2005 was an absolute thriller and came on this day 15 years ago. 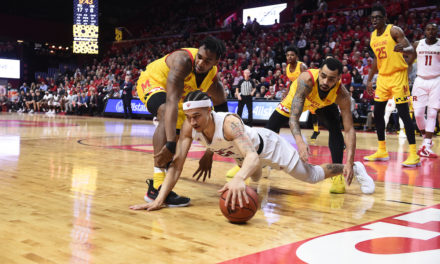 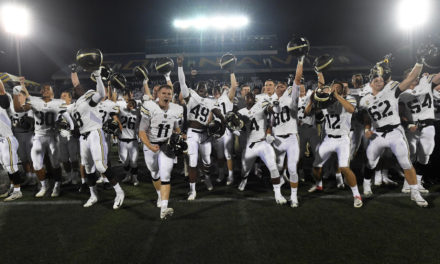 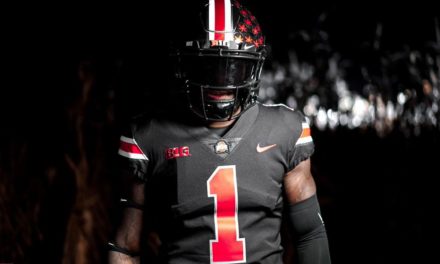 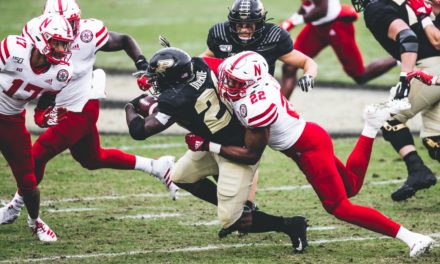