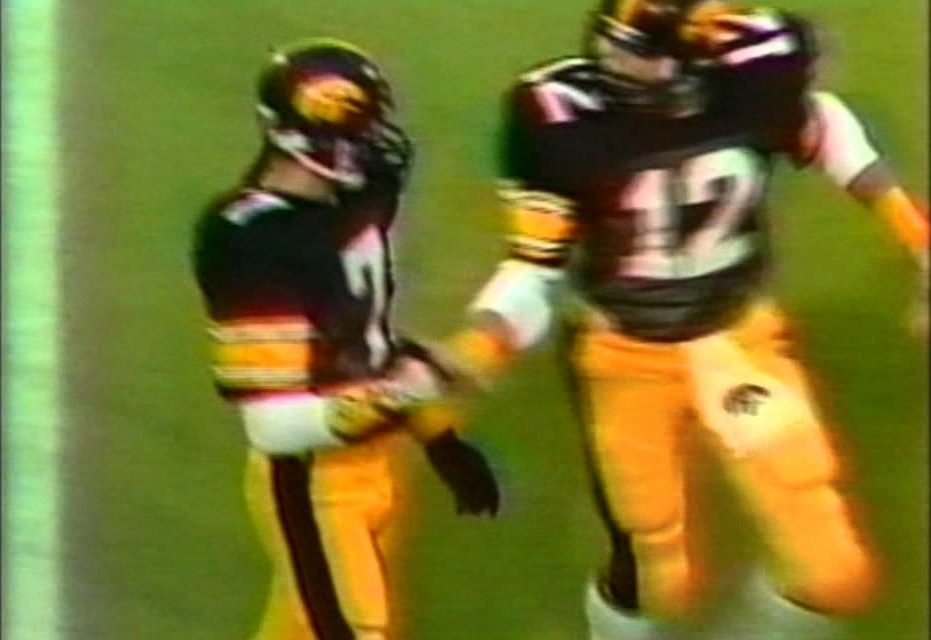 It doesn’t get talked about much when “games of the century” are mentioned, but a match-up of No. 1 vs. No. 2 that took place 35 years ago today absolutely lived up to the hype.

During the 1985 season, Iowa ascended to No. 1 for the first time in 25 years, but to keep that ranking, it had to beat No. 2. Occupying that spot was Michigan. In the end, a late field goal was the difference as the Hawkeyes survived, 12-10.

After beginning the season ranked fifth under legendary head coach Hayden Fry, Iowa arrived 5-0 and No. 1 at Kinnick Stadium on Oct. 19, 1985. The Hawkeyes had yet to defeat a ranked team and were looking for their first win over a top-5 team in more than two years.

No. 2 Michigan opened the year with three straight victories over ranked teams. Through five games, the Wolverines pitched a pair of shutouts and had yielded just 21 total points. Despite being statistically dominated by Iowa, they were one stop away from staying undefeated.

Iowa finished with more than twice as many yards as Michigan. The Hawkeyes tallied 422 total yards to just 188 for Michigan, ran twice as many plays and possessed the ball for more than 38 minutes. Somehow with time ticking away, they were on the short end of a 10-9 score.

With 5:27 to play, Iowa took over at its own 22-yard-line. As he had been all day, quarterback Chuck Long was efficient on the final drive for Iowa.

Long used passes to tight end Mike Flagg and fullback Fred Bush to methodically move the football during a balanced drive. Running back Ronnie Harmon, who finished with 120 yards rushing, was also a major factor.

Long, who finished with 297 yards passing, completed passes to convert a pair of third down attempts as the Hawkeyes faced another third down inside the Michigan 25. David Hudson picked up six yards to give Iowa a new set of downs before Harmon rushed for four.

With the ball on the Michigan 12-yard-line and two seconds to go, Rob Houghtlin trotted onto the field for the winning 29-yard field goal attempt. After making three kicks earlier in the game, Houghtlin split the uprights as time expired, giving the Hawkeyes the the thrilling win.

Houghtlin accounted for all the Iowa points. His 35-yard make early in the second quarter started the scoring. After Michigan scored the game’s lone touchdown on a 6-yard touchdown pass from Jim Harbaugh to Gerald White midway through the period, Houghtlin connected from 27 yards out late in the first half to cut the lead to one.

Iowa regained the lead early in the fourth quarter on Houghtlin’s 36-yard make, but Michigan answered with less than 11 minutes to go on a 40-yard field goal from Mike Gillette. That would be the last score until the game’s final snap.

Iowa would remain No. 1 for another two weeks before losing at No. 8 Ohio State. Still, the win over Michigan would give the Hawkeyes the Big Ten title. They ultimately fell to UCLA in the Rose Bowl to close the year.

With the loss, Michigan fell from No. 2 to No. 4, but would get back to the second spot by year’s end. After tying Illinois to start November, Michigan ran the table. The Wolverines closed the year with wins over No. 12 Ohio State and then No. 7 Nebraska in the Fiesta Bowl.

Finishing No. 2 behind Oklahom, the loss in Iowa City may have cost Michigan a national title. It came on this day 35 years ago. 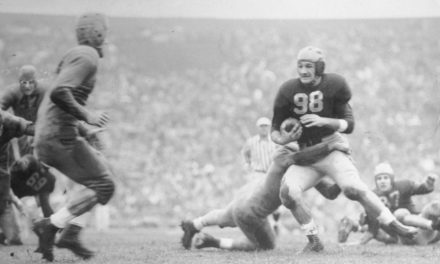 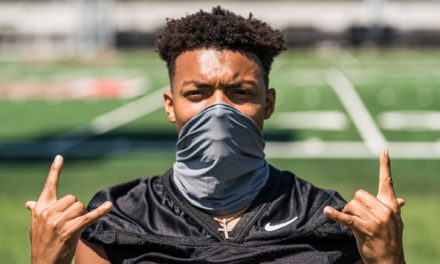 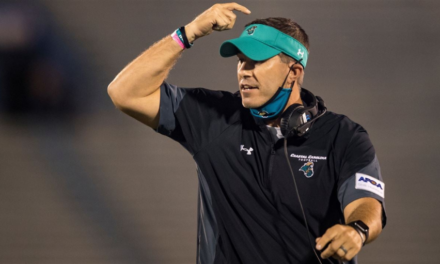 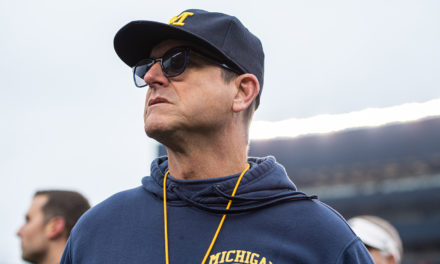 Jim Harbaugh On The Hot Seat: Win Out or Else