Column: Michigan May Win the Big Ten, But Illinois is Its Best Team 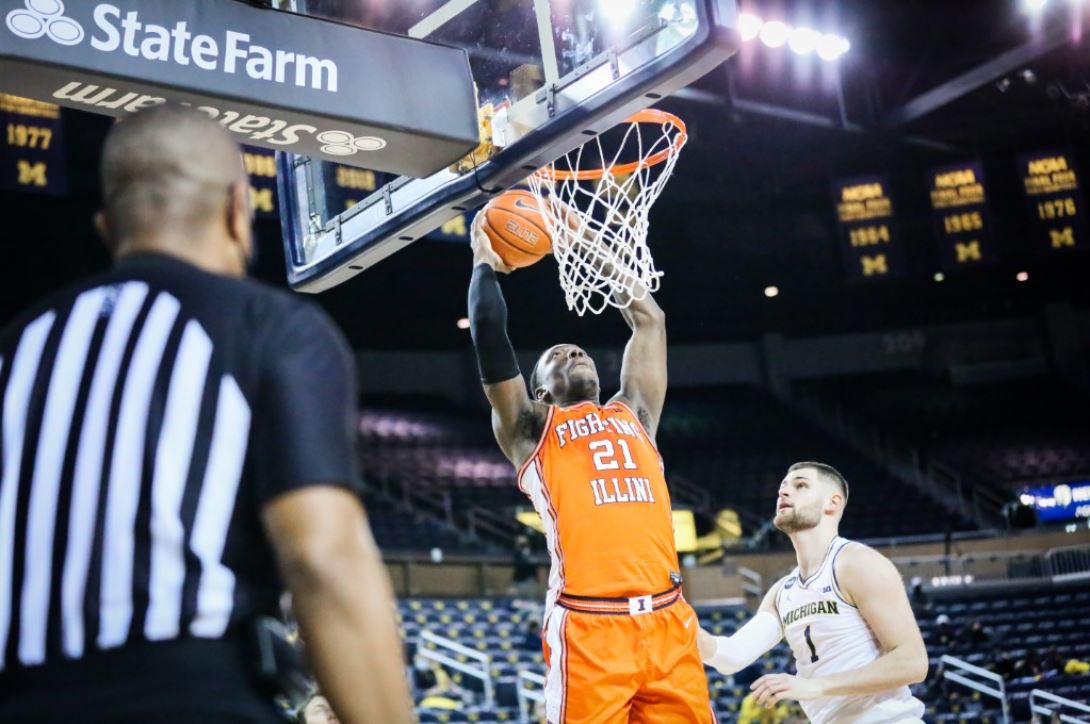 Tuesday night was a battle of the Big Ten’s best.

The top two teams in the conference battled it out in Ann Arbor. There’s not many differences between the two teams, so many thought it would be a close game regardless of the winner.

That was the complete opposite of what happened at the Crisler Center. Illinois dominated in all facets of the game in route to a 76-53 win over the Wolverines. This was also without potential Big Ten Player of the Year, Ayo Dosunmu.

Illinois cruised to a 76-53 win over second-ranked Michigan. Trent Frazier led the Fighting Illini with a career-high 22 points. At one point in the second half, he essentially took over the game to help extend the Illini’s lead.

Andre Curbelo provided a huge spark off the bench in the first half after a painfully slow start on the offensive end. Curbelo finished with 17 points, scoring 11 of Illinois’ 33 first half points.

After a slow start, Kofi Cockburn finished with 12 points. He also did a great job at defending Michigan’s star big man, Hunter Dickinson. Dickinson finished with only six points, after averaging 14.8 per game coming in.

Both of these teams had a hard time scoring in the first half. The Fighting Illini led 33-22 at the half. The slow first half didn’t seem to matter for the Illini though, as they added 43 in the second half.

It might not show in the points column, but just about everyone had a solid night for Illinois. Da’Monte Williams contributed seven points with six assists, while Jacob Grandison scored only three points, but also recorded six rebounds and five assists.

Cockburn showed again that he is the best big in the league, when it comes to match-ups. Dickinson struggled all night. It should also be mentioned that Giorgi Bezhanishvili did great defending Dickinson as well.

This should make Illinois a favorite to get a No. 1 seed come tournament time. Not only did the Illini beat Michigan away from home, they dominated for 40 minutes. Illinois now has the most Quad 1 wins in the country.

As long as the Illini don’t get blown out at Ohio State and have an early exit in the Big Ten Tournament, they should get a No. 1 seed for March Madness.

What’s Next for Illinois

The Illini head to Columbus to take on Ohio State in yet another top-10 match-up this Saturday. Ohio State fell to No. 7 in the polls this week after three straight losses to Michigan, Michigan State, and Iowa.

Illinois should be expecting the Buckeyes’ best shot, coming off of the three straight losses and having six days in between games. The Illini appeared to have a brutal 3-game stretch to end the year with three away games against ranked opponents.

So far, Illinois has beaten two of them, and it is looking to make it three straight road wins over ranked opponents on Saturday. The showdown in Columbus begins at 3 p.m. CT and airs on ESPN.