Looking Ahead: Will College GameDay Finally Come to Champaign? 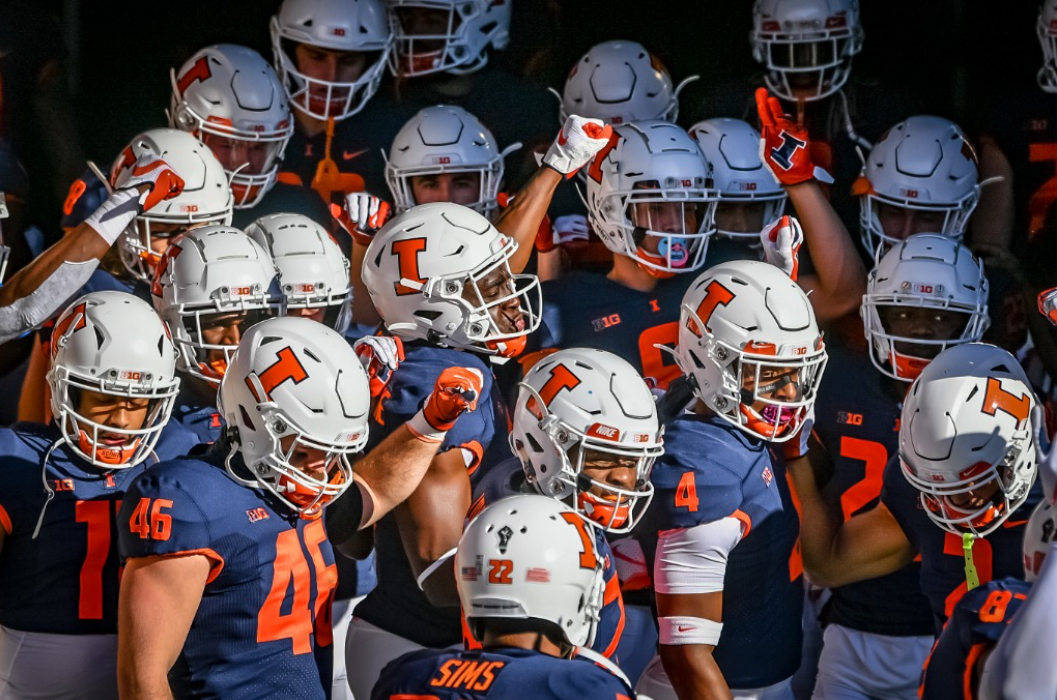 GameDay was at the Illinois loss to USC in the Rose Bowl in 2008. It was also at the win over Northwestern at Wrigley Field in 2010.

Illinois has never been a true road team for GameDay. It has also never hosted College GameDay at Memorial Stadium.

Could this be the year that they finally visit Urbana-Champaign?

As of right now, there are only three games scheduled for “Week 0” for the upcoming season. These games include UTEP at New Mexico State, Connecticut at Fresno State, and Nebraska at Illinois. None of these games really jump out as great games.

By default, the most intriguing match-up has to be Nebraska at Illinois. These two teams were scheduled to open up the season in Dublin, Ireland. However, with the ongoing COVID-19 pandemic, the game is now being played in Champaign.

The first match-up of this week includes UTEP and New Mexico State. Nothing against these two teams, but neither are very good, and it’s highly doubtful College GameDay would visit Las Cruces for this game. UTEP finished 2020 with a record of 3-5, while New Mexico State opted out of the fall FBS season. Instead, the Aggies decided to play a few games this spring. Last week, they were destroyed by FCS newcomer, Tarleton State, 43-17.

The second match-up of this weekend includes UConn and Fresno State. Once again, nothing against either school, but it’s hard to see GameDay visiting Fresno for this match-up. UConn decided to opt out of the 2020 football season altogether, becoming the first FBS team to do so. However, in 2019, the Huskies only went 2-10.

Those two wins were against an FCS team (Wagner) and a team that really should be in the FCS (Massachusetts). On the other hand, Fresno State has been a fairly solid Group of 5 team recently.

It finished the shortened 2020 season an even 3-3. Just three years ago, the Bulldogs actually finished 12-2. This should ultimately be a blowout in favor of Fresno State — not so intriguing for College GameDay.

Finally, the match-up between Nebraska and Illinois. Both of these teams are coming off of highly disappointing seasons.

Illinois finished 2-6, with its only wins over Rutgers and Nebraska. The Cornhuskers finished their season 3-5, with their wins over Penn State, Purdue, and Rutgers.

Surprisingly, these two teams have matched up pretty well over the past few seasons. In 2019, Nebraska had a come-from-behind 42-38 win in Champaign. Last year, Illinois got its revenge with a 41-23 throttling in Lincoln.

Why Gameday Should Come

With only these three games scheduled for “Week 0”, Illinois’ chances look pretty good for GameDay visiting Champaign. The other two match-ups look like blowouts waiting to happen. Illinois and Nebraska are obviously the only two Power 5 programs playing this week. It also looks like the best match-up on paper.

This would be a huge start to a new era of Illinois football as well.

Could you imagine? Bret Bielema’s first game as the head man for the Fighting Illini, and GameDay is rolling in to town. We can only continue to hope.