Illinois Blasted by Wisconsin in Opener: The Good and the Bad 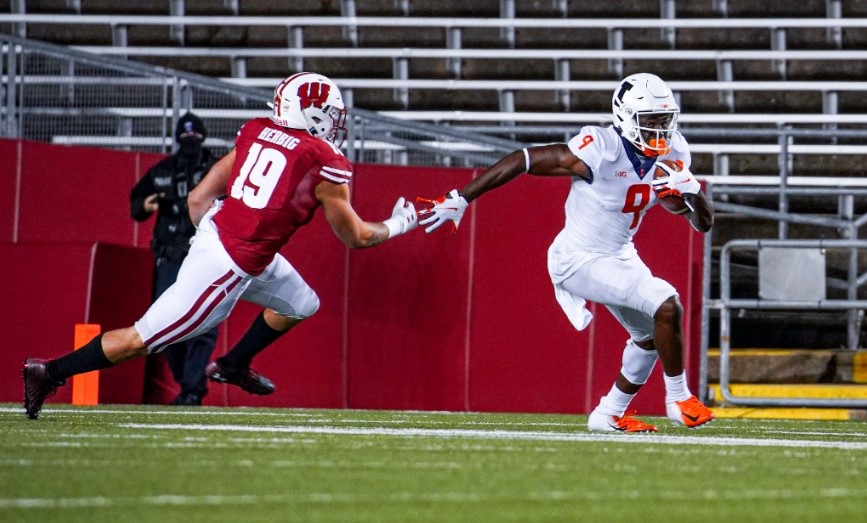 Did most think Illinois would win this game? No. Did we think it would be a close game? Absolutely.

There was reason for a lot of optimism on Friday night. The Fighting Illini made their first bowl game in six years last year, while finishing the regular season 6-6 (4-5 in the Big Ten). The Illini returned a ton of experience.

This is supposed to be the year that starting an FBS record of true freshman just a few years ago paid off. Wisconsin was without starting quarterback Jack Coan, and Jonathon Taylor was finally gone. None of that seemed to matter though.

Wisconsin throttled Illinois 45-7 on Friday night. The Illini trailed only 14-7 with 3:22 left in the first half. This didn’t matter because by halftime, it was 28-7 and Illinois didn’t score once more the rest of the night.

It was a night to forget for Illinois. Below is the bad and the good for the Illini:

Let’s start with the bad. The offense didn’t score a point, while the defense gave up 45. This is a defense that is supposed to be a staple of a Lovie Smith-coached team. Everyone on the defense missed assignments all night long. It seemed like a Wisconsin receiver was open on just about every play.

Wisconsin quarterback Graham Mertz went 20-for-21 passing for 248 yards, and five touchdowns. Granted, Mertz was a 4-star recruit who picked the Badgers over the likes of Alabama, Ohio State, Clemson and many other blue bloods. But this is against an experienced secondary. That’s a cause for concern regardless of the quarterback.

Now back to the offense.

Let’s reiterate that the offense did not score a single point. The Illinois starting quarterback’s final stats? 8-for-19 passing, 87 yards, no touchdowns. Its leading rusher? Quarterback Brandon Peters with 75 yards.

The leading receiver? Brian Hightower and Josh Imatorbhebhe — each with 26 yards. No football team will win a game with those stats, regardless of who they are playing. The offense needs someone to step up. Last, look at these key stats from the game:

All around, this was just not a good game for the Illini.

There’s not much that went good during this game. After being forced into action, linebacker Tarique Barnes played a fantastic game. He had a forced fumble, a fumble returned for a touchdown, a sack, 11 tackles and a couple tackles in the backfield. Newcomer Roderick Perry had a good game as well.

The transfer from South Carolina State showed why some NFL teams were giving him a look after last year. He was all over the field for Illinois. He was in on a sack early in the game along with some tackles in the backfield.

Next up for Illinois is the home opener against Purdue next Saturday at 11 a.m. CT. It will air on Big Ten Network. 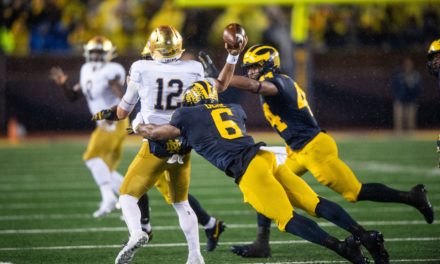 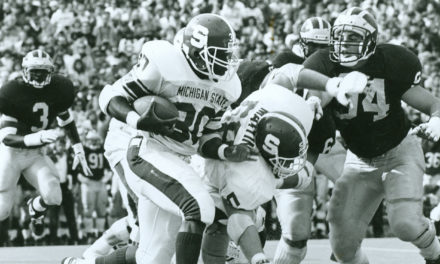 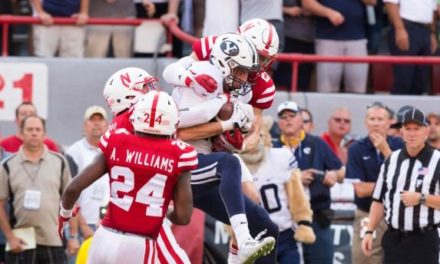 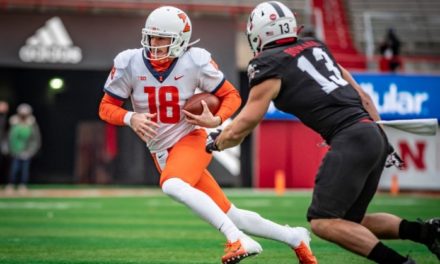