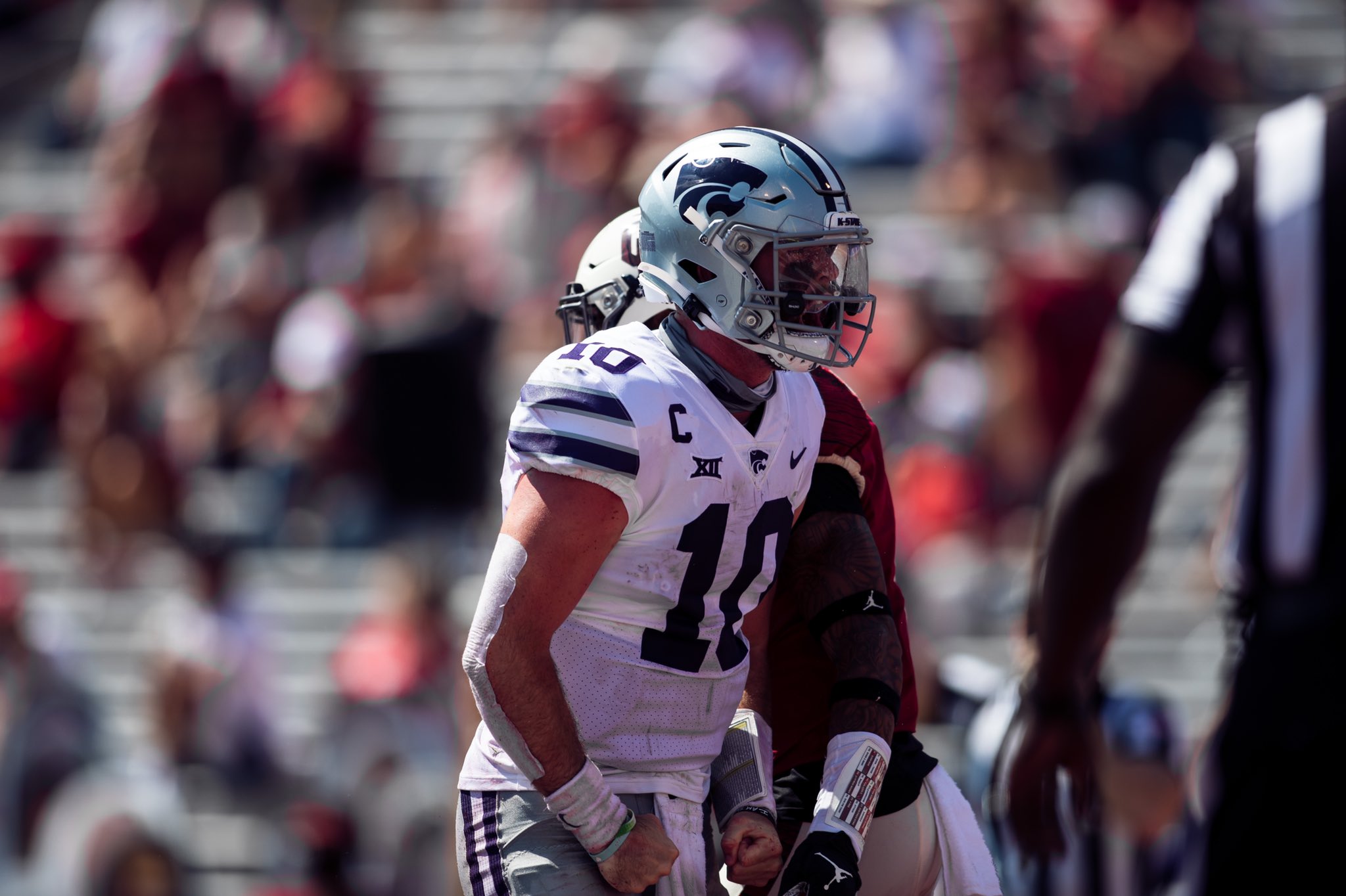 Coming off a loss to Arkansas State to open the season and without several key players due to COVID-19, Kansas State didn’t arrive in Norman flying high on Saturday.

The good news for the Wildcats? They certainly left that way.

A Comeback for the Ages

With less than three minutes to play in the third quarter, Kansas State seemed destined for an 0-2 start. The Wildcats trailed 35-14 and showed no signs of turning things around.

In less than 10 minutes of game time, the contest was tied. Quarterback Skylar Thompson rushed for three touchdowns and passed for another in the victory.

Thompson’s 3-yard touchdown run late in the third quarter capped a 3-play drive and cut the lead to 14. Thompson scored again less than three minutes into the final period. Deuce Vaughn scored from 38 yards out to knot the contest at 35 with 8:17 to go.

With less than five minutes remaining, Blake Lynch connected on a 50-yard field goal to give the Wildcats their first lead and account for the winning points. With less than a minute to play, Jahron McPherson intercepted Oklahoma quarterback Spencer Rattler to seal the victory.

The victory marked the first time in 15 years that a team had overcome a 21-point deficit to beat a top-5 team. It happened 15 years to the date of Tennessee rallying past No. 4 LSU in overtime in Baton Rouge, 30-27.

Kansas State may have yielded 517 yards to the Sooners, but it was opportunistic. The Wildcats forced four turnovers in the win with two leading to touchdowns.

Kansas State also blocked a punt in the fourth quarter, which set up the tying score. McPherson, Elijah Sullivan and Justin Gardner all came away with picks in the victory.

In addition to the four total touchdowns, Thompson finished with 334 yards passing. Vaughn accounted for 174 yards of offense in the victory on just 12 touches.

To go along with the game-sealing interception, McPherson tallied a game-high 11 tackles, including one for loss. Linebacker Justin Hughes added 10 stops.

The Red Raiders gave Texas all it wanted this past week, but let a 15-point lead slip away in less than three minutes. Texas Tech ultimately fell in overtime, 63-56.

Like Kansas State, Texas Tech will come in with a record of 1-1. Saturday’s contest begins at 3:30 p.m. ET and airs on Fox Sports 1.