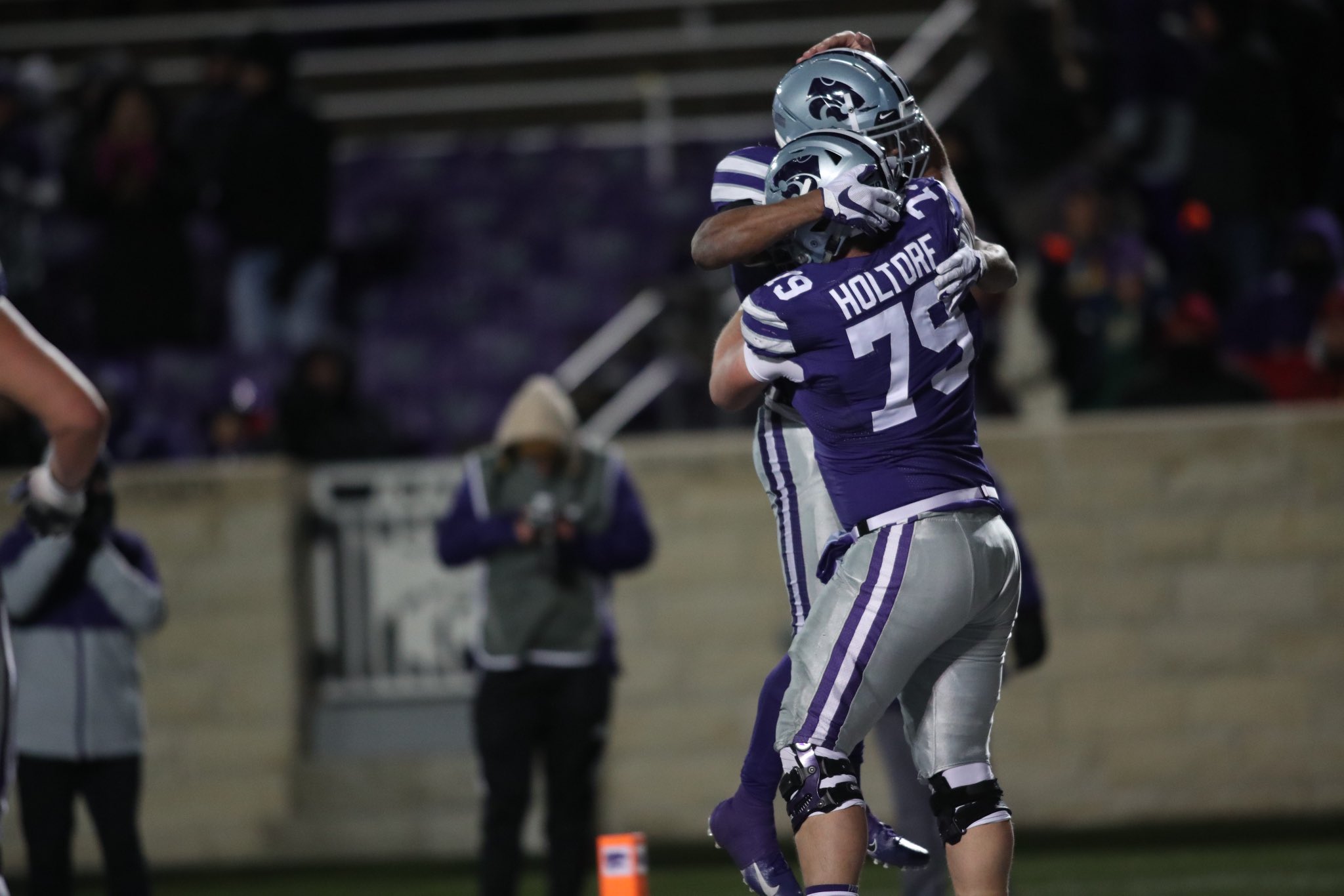 It was a victory over then ranked #5 Oklahoma that had the announcers declaring Kansas State as a formidable team, “They’re a better team than people might think.”

Schoen had the best year when it really counted. From 2017-2019, his receptions have increased 72%, including 35 receptions this season, and an 83% increase in receiving yards – totaling 567 this year. Schoen states that even though Thompson came in a year after him, the signal-caller’s leadership qualities are a defining attribute for this team. His chemistry with Thompson will be missed after he leaves for the NFL.

Skylar Thompson will be a senior come the 2020 season. He’s a dual-threat, frequently finding open spaces in the end zone for rushing touchdowns. His completed passes have also tripled from 2017. He rushed for 10 touchdowns this season, also tripling since 2017. Skylar appreciates all of the fan support. We’re just glad to have him for one more season.

Against Texas Tech, Joshua Youngblood used his nearby teammates as human shields to mow down Red Raiders for a return touchdown. Defensively, linebacker Elijah Sullivan has become a force in the front 7 – his tackles have gone up nearly ten times since 2016. Elijah focuses on one thing: today. How can he better himself today. Not tomorrow, not yesterday, but today.

So offended that I had to double-check.

They’re lyrics from the famous Drake song “I’m Upset”, yes. But seriously, I am. The Camping World Bowl spot was given to Iowa State. Critics have explained ad nauseam that K-State had the better schedule and better record. Iowa State also lost to K-State the week prior to the announcement. It makes more sense to pair an 8-4 team against a 10-2 team, rather than a 7-5 team against a team like Notre Dame. That’s disrespect toward K-State. We’ll just have to prove everyone wrong and blow out Navy.

Where Are You Now?

And as Mumford and Sons would end their chorus “in the quiet, in the crowd.”

How are the fans of K-State going to react if/when their team wins the Liberty Bowl? They’re up against Navy. Navy handled Army 31-7 in their last game. Yet Iowa State gets to take on the “Monstars” of Notre Dame while K-State, takes on an opponent whose biggest win is, uh…Houston? South Florida? Air Force? Not sure. One thing is, though – Navy had no wins against Top 25 teams, losing to Memphis and Notre Dame. I think fans will ask themselves the same question they ask themselves every year: Will K-State finally be an elite team like during the days of Collin Klein? The days of their #4 ranking? And when will they be good enough to consistently unseat the perennial Big 12 favorites in Norman?

I’m satisfied with K-State’s record and ability to compete against teams with strong records and scheduling. The Wildcats need to take their bowl seriously and earn respect by beating Navy. That’s something to build on for 2020.